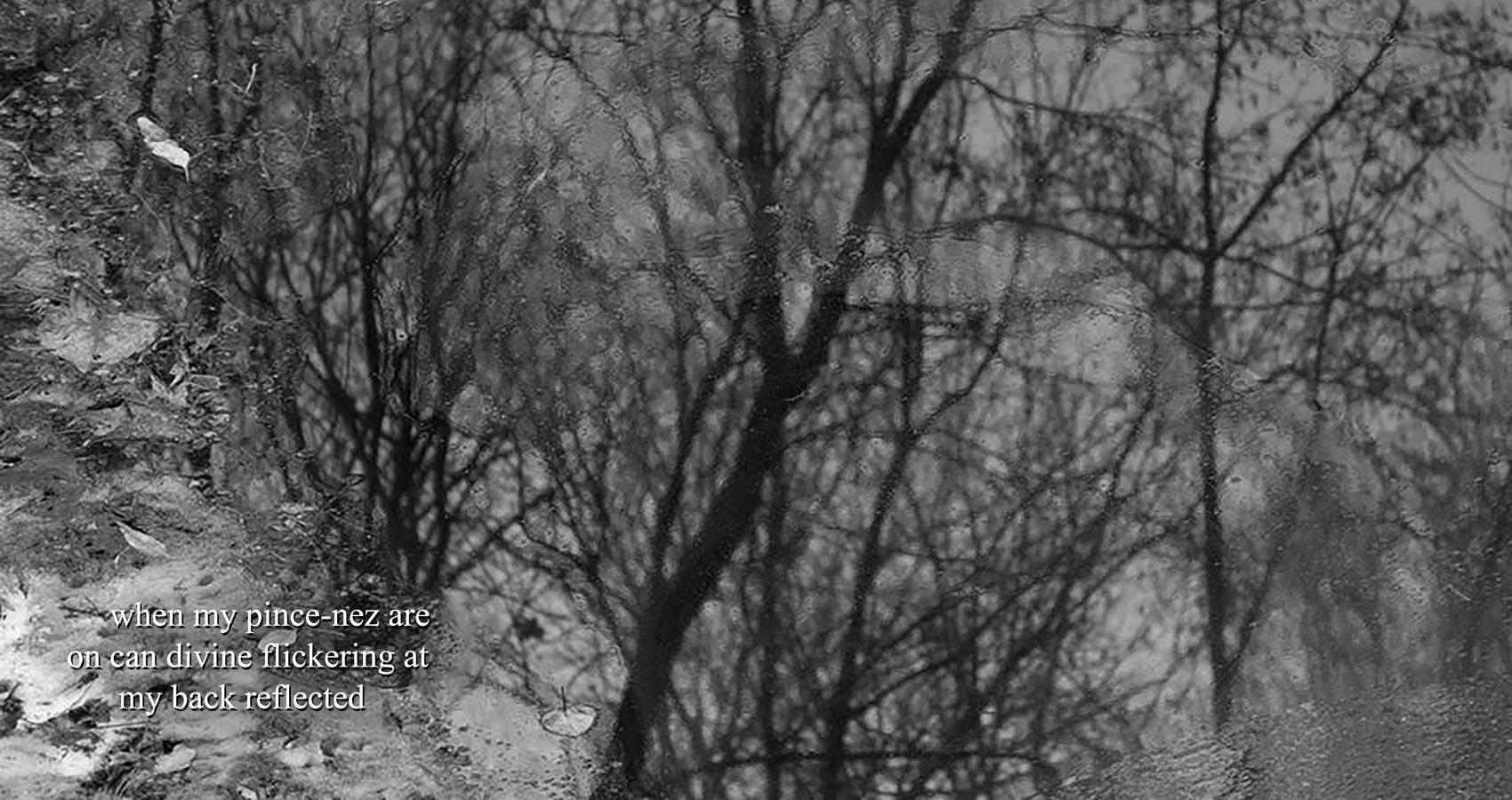 when my pince-nez are

on can divine flickering at

Jerome Berglund graduated from the University of Southern California’s Cinema-Television Production program and spent a picaresque decade in the entertainment industry before returning to the Midwest where he was born and raised. Since then, he has worked as everything from dishwasher to paralegal, night watchman to assembler of heart valves. Jerome has exhibited many haiku, senryu and haiga online and in print, most recently in the Asahi Shimbun, Bear Creek Haiku, Cold Moon Journal, Daily Haiga, Failed Haiku, Haiku Dialogue, Scarlet Dragonfly, and the Zen Space. He is furthermore an established, award-winning fine art photographer, whose black and white pictures have been shown in New York, Minneapolis, and Santa Monica galleries.