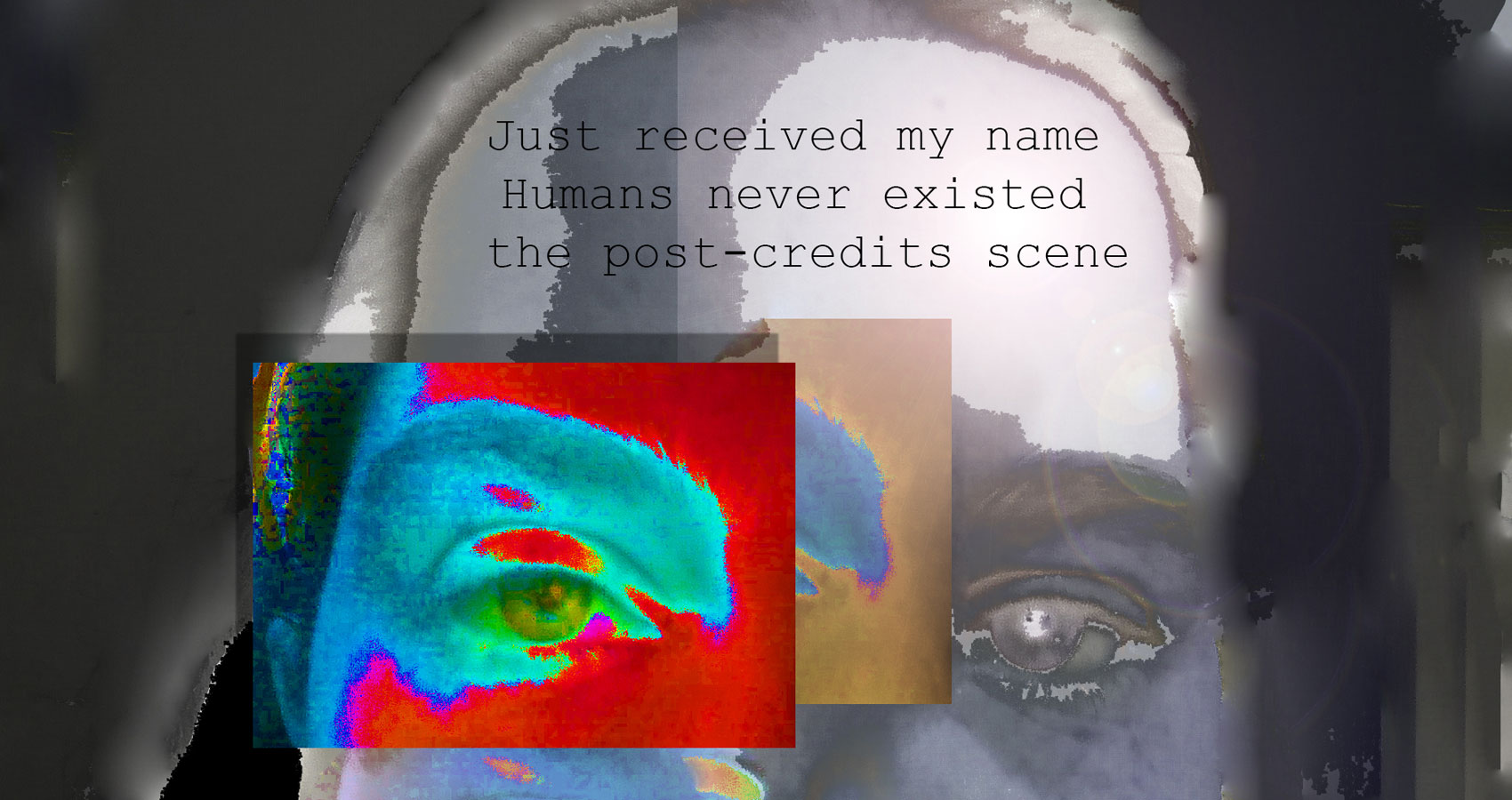 Illustration description: The upper part of a human face, above the nose, eyes occupying the main part of the image. The image has been colour altered, in some places resembling a photonegative, with a rectangle of extremely saturated colour enclosing the eye on the left of the picture. The words of the haiku appear printed on the forehead of the figure in the font Courier New.