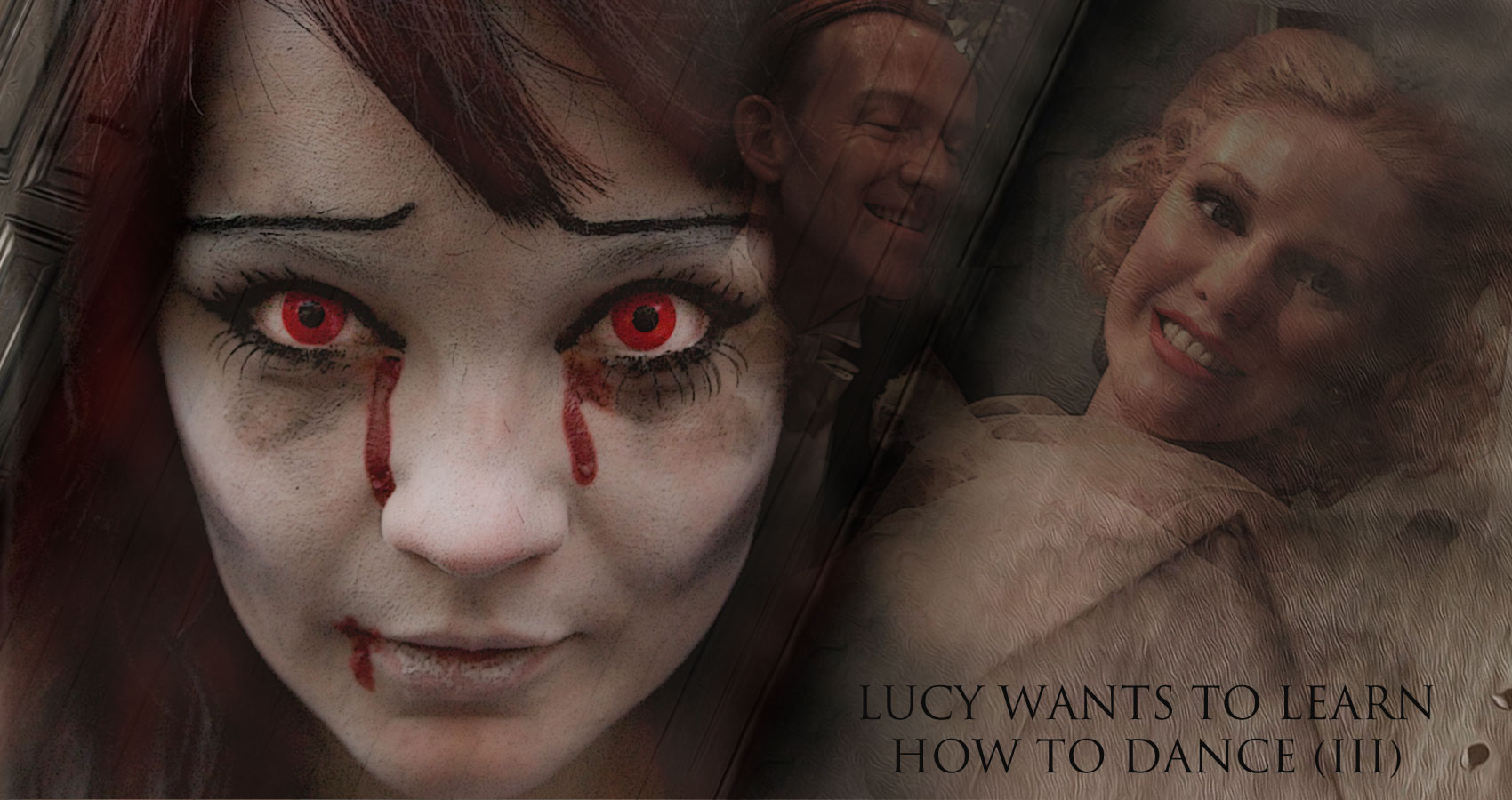 REBELECTRIC ZOMBIE – LUCY WANTS TO LEARN HOW TO DANCE (III)

LUCY WANTS TO LEARN HOW TO DANCE (III)

“You are supposed to be dead! What the hell do you think you’re doing?”

John was sweating as his rage was boiling out through his pores.

His bloody blackened skin peeled off as he spoke.

“Remember those field mice you electrifried? Well, they came out to the shed
and dug holes to my body and started gnawing at my skin, jolting me back to life
with every bite. I finally trained them to run back to the electric socket for another
jolt then run back to me to feed. Perfect parasitic paradise.”

His hands were shaking as he lowered the shotgun, aiming at his sister’s heart.

“I won’t let the same mistake happen when you’re dead again… And who is this guy?”

Lucy stood in front of Frank.

“This is Frank. He’s my dance partner. We’re going to be on Dancing with the Stars.”

John laughed so hard he lost his balance and the shotgun fired into the ceiling.

“You are insane. You’ll be very dead in a minute so kiss that pipedream good-bye.”

Frank, suddenly grabbed a chair and hurled it at John’s head, knocking him down.

“You shouldn’t laugh at people’s dreams. They have more power than you could ever know – dreamless and greedy. How could you kill your sister?!”

Frank rushed at John and started to choke him, squeezing his rotting flesh, wringing his neck like a wet washcloth, surprised at his newfound strength.

“Finish him off, Frank.”

John cried out “Okay, please, don’t kill me. I can help you. I’m the only one legally still alive…”

Lucy nodded for Frank to loosen his grip.

“What in tarnation are you two hellions doing?”

John and Lucy looked around. They both recognized the voice now shaking the walls and emptying their souls. An evil apparition, drunken and stumbling, walking through the walls, smacked their faces with the force of hell.

Lucy fell to the floor, a shrill scream escaped her shaking ribs.

Then a high-pitched voice seemed to come out of nowhere

Horrified, she stared at the source of the voice – the rat.

The rat circled around John, tiny tears falling from her eyes.

“I had to reincarnate myself as a rat to get in. Lucy, I couldn’t let you get killed again.”

Lucy grabbed a towel desperately trying to stop Frank from bleeding to death.

Blood started spewing from Frank’s mouth, he was choking. Lucy panicked as Frank struggled
to speak.

He looked up at ceiling. A white light beamed down on him, his soul’s spotlight.

A light blue ghost appeared through the brilliant white beam, a delicate arm reached out to touch his bleeding face:

Frank lifted his shaking hands toward his wife’s arm.

Frank turned to Lucy. “Good-bye, Lucy, thank you for a dream come true, a dream I never
even knew I had.”

Lucy held back tears as she kept one eye on John who was convulsing in pain, whimpering.

Mom nervously scurried back and forth in a panic, much like she did when she was alive.

Emily’s blue energy like an ocean wave enveloped him in her arms and lifted him into the air. Frank was weightless now. A feather of another world’s great bird – the afterlife.

Emily turned to Lucy and smiled. “You are a very beautiful dancer… I know you want to leave this earth sometimes, but you have more work to do. Embrace the darkness without sinking deeper into it. It will set you free.”

With a wisp of blue starlight Emily and Frank flew up into the ceiling and vanished.

Lucy slumped to the floor, devastated. How could she believe Emily’s words? She shook her head in despair.

“So much for heartstrings and other lethal things like dreams. Isn’t love an exquisite electricity created between two people or in the presence of a dream about to be born? My ribs are just a cage of bones rattling an eternal death song now.”

The others watched as Lucy’s electrical sparks faded fast, dying stars in a forsaken sky.