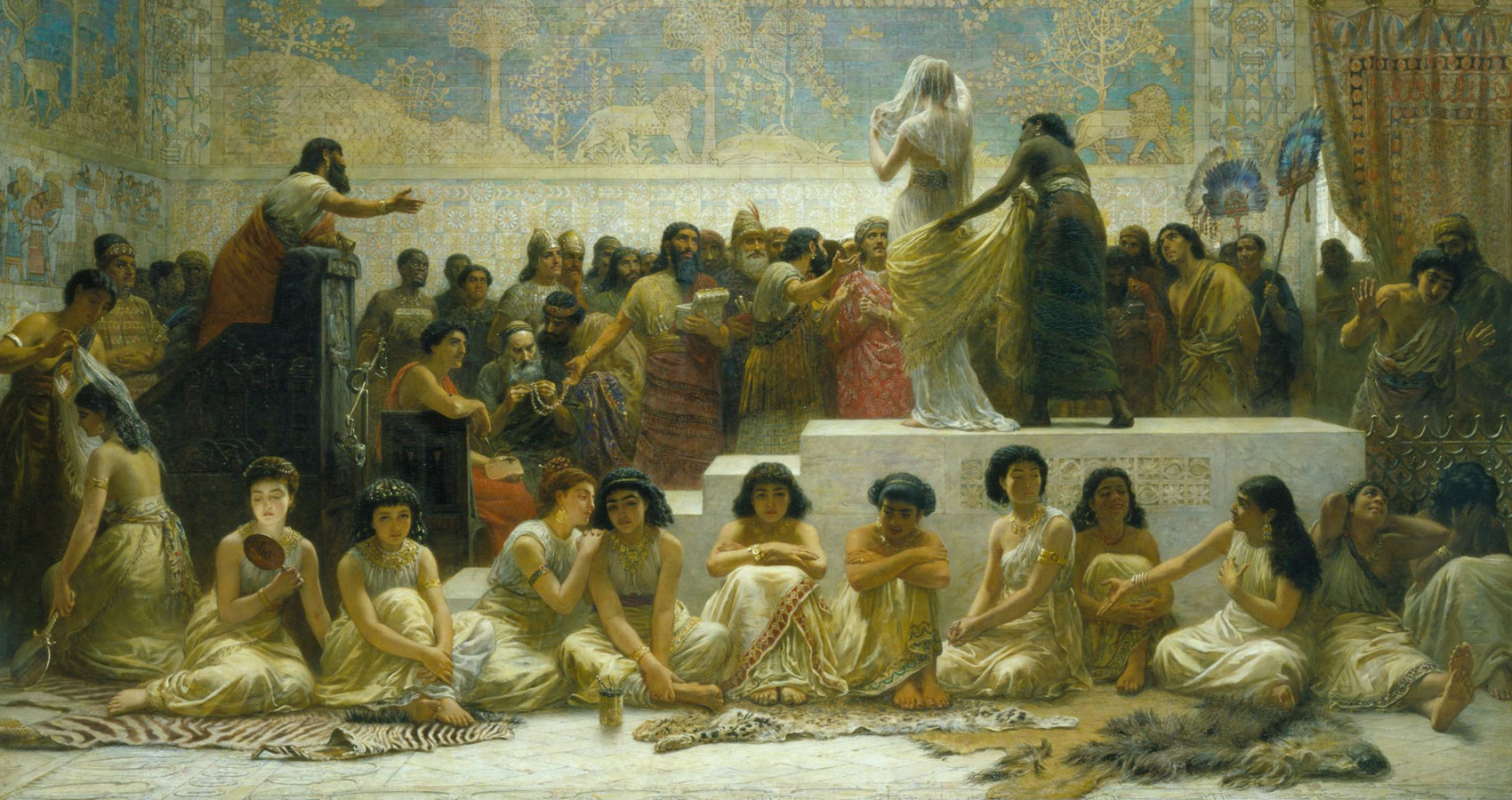 The smoke rises from the torches that are mounted on the soot-stained walls. A heavy haze fills the room along with an abundance of rowdy and raucous men who are anxious to get started. The slaves enter timidly from the front of the room and stand behind the auction block. The auctioneer escorts a young, attractive girl to the block. He thinks that she will bring a good price and could set the tone for higher prices throughout the day. She looks over the crowd with trepidation as she steps up on the auction block with trembling in her knees and a quiver on her lips. The bidding is brisk and quickly escalates. Finally, the bidding boils down to just two bidders. One is at the back of the room. He is a Roman Prince. The other bidder sits in the front row. He is a twisted man with a disfigured face. He keeps an open ledger on his lap and occasionally looks at it. The young girl knows both of these bidders, but only by reputation. The disfigured man is an evil taskmaster. He treats his slaves harshly and severely abuses them. She knows if she ends up with him she will have a life of torture. The Roman Prince treats his slaves like his own children, with dignity and respect. She realizes her life will soon be either Heaven or Hell, nothing in between. Her hopes rise as the prince makes a bid from the back of the room. She prays that this would be the final bid. However, her hopes come crashing down as the evil taskmaster makes his bid. This continues on for what seems to her to be an eternity. Sweat flows off her aching body. Her knot-filled stomach begins to cramp as she becomes nauseous. How much longer can she last? She feels like she is teetering between life and death. At this time the prince stands up and makes a bid that far exceeds the entire net worth of the evil taskmaster. The taskmaster knows it’s all over. He slumps in his seat with his head hanging low and slams his ledger shut. He is totally stunned. The prince takes off his cloak as he walks to the front of the room. He then wraps it around her, covering her nakedness. Every eye in the room is upon them when the prince breaks the silence by announcing, “Today, I set this girl free!” The crowd goes into shock. No one has ever paid such a great amount for a slave…. and then set her free. It was unheard of. “Also,” stated the prince as he removes his royal signet ring from his finger and slides it onto hers, “I make her a joint heir of all my inheritance.” In essence, she is now part of the royal family. Unbelievable? …No. Incredible?…Yes!

Doug is retired from two careers, one as a Special Education teacher and the other as a real estate agent. He lives in central California with his wife and they have two daughters. He enjoys playing golf, woodworking, relating the Jewish faith to his Christian faith and life in general (Not necessarily in that order).