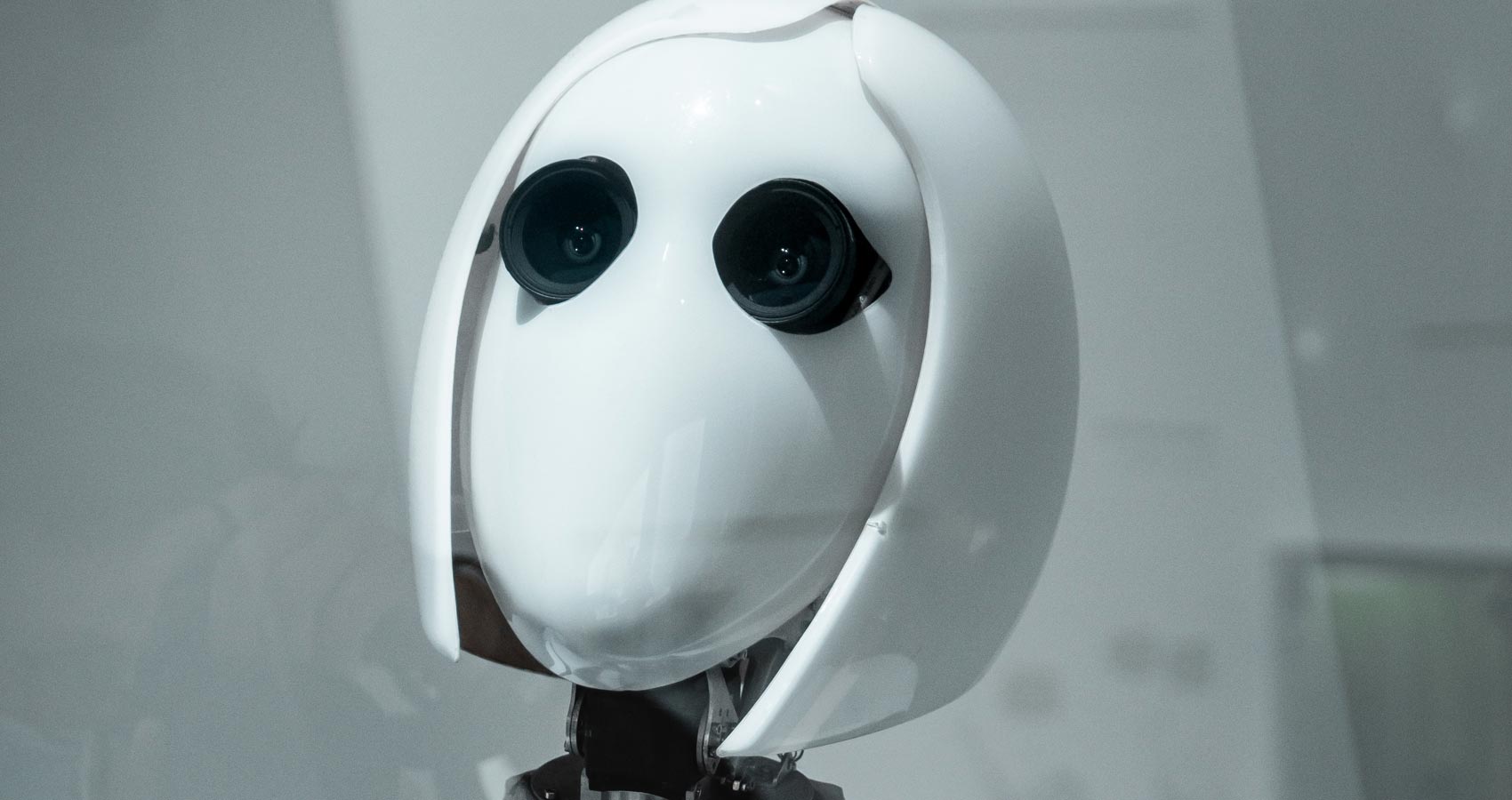 “Move along,” the sing-song voice of a man who had done this sort of thing many times before, that of mobilizing a used robot auction. All models discontinued from government jobs were now up for resale.
Model 33AD limped along on her flattened wheel. She’d stood in the corner of the office for over seven years, they never moved her away from the wall, and now they were asking her to circle an arena? She was not the worst robot in the lot, but she definitely had a few screws loose. She resented Kevin Farber, who didn’t take the time to give her a polish and a makeover before leaving the FBI’s employ. It was the least he could have done to help her get resold. Those who didn’t make it through the auction would unceremoniously be sucked up by an electromagnet, stripped of their parts and crushed into blocks, sold for scrap.
All her life, 33 wondered what was outside Office Suite 54 of the FBI building. The equipment she was standing with gave the government the best years of their lives, now deemed obsolete. How could they do this?
“Hey, bidder, bidder, twenty-two-fifty now twenty-three.” The auctioneer repeated himself while another man shouted behind him.
“Whoa!” The auctioneer set the bid higher. It was so exciting until 33 realized they were selling robots to the highest bidder, and life, as they knew it for the last seven years, was over. Just like that, the used machines could be turned into future dishwashers.
“Sold!” the auctioneer shouted, slamming a gavel down. She found herself being pushed up on stage. “Well, ladies and gentlemen, this is the same unit we previously sold, but there is a slight flaw in one of the wheels. It does not take away from this marvelous machine’s performance, but it does mean you will have to take care when moving it to your next stop. The lights flashed on her, the bidding started. 33 sensed the naked machines waiting for their chance to be humiliated behind her. She prayed for the whole unsavory experience to be over, and by sheer luck, it was. No one wanted her with a flattened wheel.
She sold quite cheap but had the same calculating power as the model they paid twice as much for before her. 33 found herself being pushed down the ramp, the guy roughing her up when he realized she had a flattened wheel.
The buyer smiled as he put his hands on her, pleased with the price he paid for a genuine 33 AD with a wheel slightly flattened for less than half the price. He was happy to have a near state-of-the-art piece of equipment to run the business.
“Come on, baby!” He whispered, taking over for the harried man who rolled her off the stage. He’d spoken directly to her circuits and gave her a thrill. Every time the flat side of her wheel hit the metal ramp, it clunked. 33 was embarrassed, but Andy stuck with it and got her out to the waiting truck. There were several pieces of equipment she knew casually. 33 wondered what her new job would be. She hoped it was interesting. The truck full of auction buys was locked up and driven off. 33 could hear Andy slam the door shut, making sure everything was locked up, they left them somewhere for the night. All of the equipment went wild when Andy was out of earshot.
“What do you think will happen to us?”
“We’ve been spared crushing! We have another chance to prove ourselves!” Some of the pieces were crying in relief, and some were excited.
The next morning Andy came out with a crew. Again, the machines were moved off the truck up through elevators and installed in a climate-controlled room.
33 loved the new surroundings. Some windows had a view of the outside world and the shop. She’d never had a room with a view before.
A man came in, taking some of the equipment out of the room. 33 had never experienced the hive mentality. Everyone was buzzing. To not go crazy, she tried to sort each conversation out before it came into her circuits.
The equipment in this room had been a part of an FBI unit. They had all been wiped clean and resold. The machines would be assigned new knowledge and bodies over the next few days before starting their latest job. It was exhilarating.
Some of the models disappeared from the room. 33 was worried as she looked out the window. Her friends had been converted when they were dismantled and placed into new bodies. They had attached arms and were given welding capabilities. She watched Maxum and Capus pick up large chunks of metal and lay them down on a table. Together, they tacked the two pieces into a more substantial part. What could they be making?
The door opened, 33 was wheeled out. The flat area on her wheel made the man push a little harder. She was taken to a room.
“Kevin! Kevin! It’s me!” 33 shouted inside. There was her former co-worker. Kevin Farber, the man she had been mad at yesterday but now was excited to see. Kevin took a screwdriver to her broken body, removed her essence, then installed her into the large frame Maxum and Capus had been working on.
33 had arms and legs. She reveled in her freedom. She could bend and swivel, pick up a grape, and travel at high speeds across the factory floor. Kevin chose her to help him run his new business.
After quitting the FBI job, Kevin started his own company, hand-selecting his equipment. They gave 33 a vital role as the factory foreman. This company would mine information with robots, and her logical thinking would help humanity improve their way of life. Today was her birthday; she couldn’t dream of a more important job.