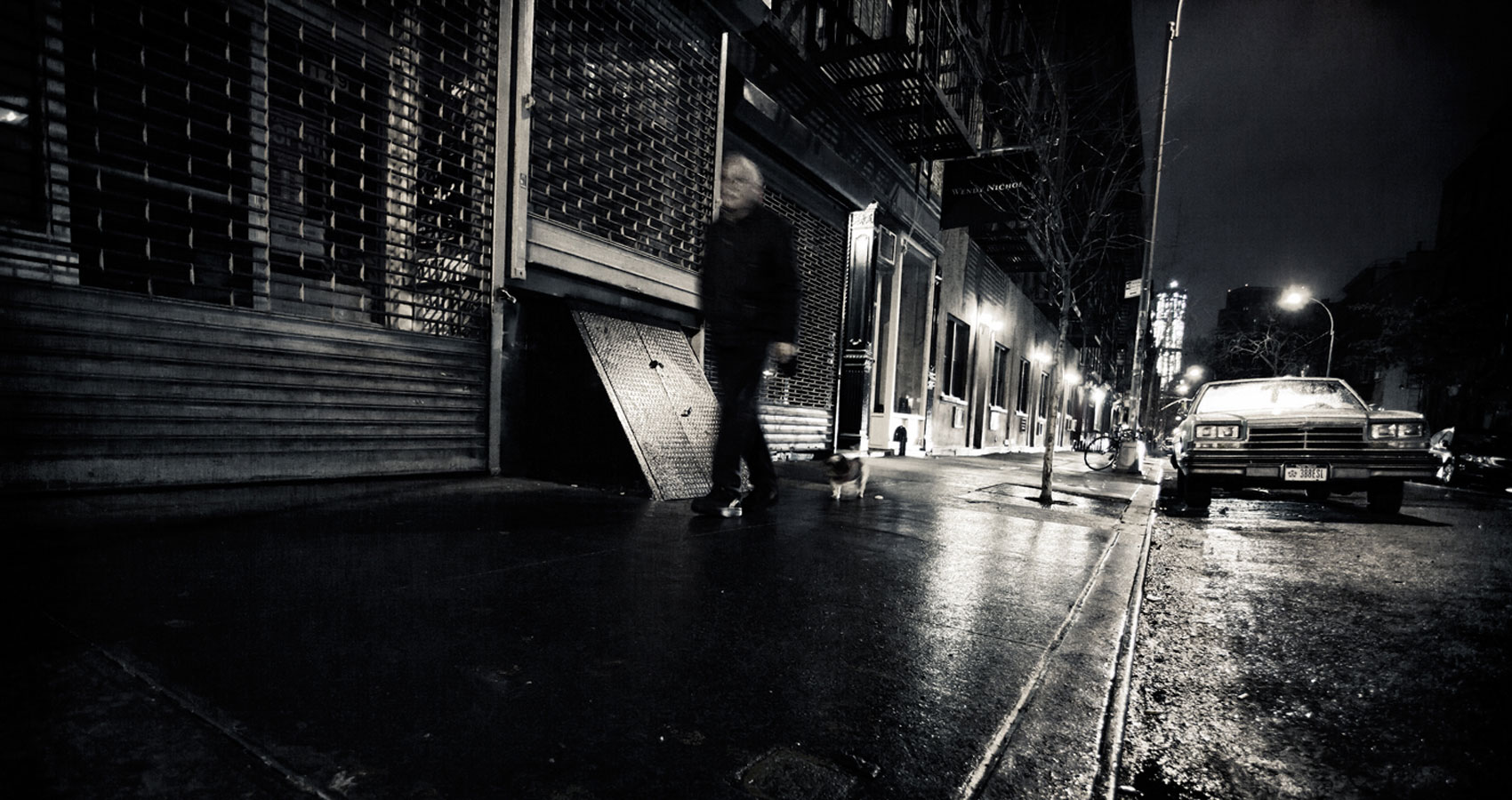 Rhapsody On A Windy Night

Rhapsody on a Windy Night

Twelve o’clock.
Along the reaches of the street
Held in a lunar synthesis,
Whispering lunar incantations
Dissolve the floors of memory
And all its clear relations,
Its divisions and precisions,
Every street lamp that I pass
Beats like a fatalistic drum,
And through the spaces of the dark
Midnight shakes the memory
As a madman shakes a dead geranium.

The memory throws up high and dry
A crowd of twisted things;
A twisted branch upon the beach
Eaten smooth, and polished
As if the world gave up
The secret of its skeleton,
Stiff and white.
A broken spring in a factory yard,
Rust that clings to the form that the strength has left
Hard and curled and ready to snap.

Half-past two,
The street lamp said,
“Remark the cat which flattens itself in the gutter,
Slips out its tongue
And devours a morsel of rancid butter.”
So the hand of a child, automatic,
Slipped out and pocketed a toy that was running along the quay.
I could see nothing behind that child’s eye.
I have seen eyes in the street
Trying to peer through lighted shutters,
And a crab one afternoon in a pool,
An old crab with barnacles on his back,
Gripped the end of a stick which I held him.

Half-past three,
The lamp sputtered,
The lamp muttered in the dark.

The lamp hummed:
“Regard the moon,
La lune ne garde aucune rancune,
She winks a feeble eye,
She smiles into corners.
She smoothes the hair of the grass.
The moon has lost her memory.
A washed-out smallpox cracks her face,
Her hand twists a paper rose,
That smells of dust and old Cologne,
She is alone
With all the old nocturnal smells
That cross and cross across her brain.”
The reminiscence comes
Of sunless dry geraniums
And dust in crevices,
Smells of chestnuts in the streets,
And female smells in shuttered rooms,
And cigarettes in corridors
And cocktail smells in bars.”

The lamp said,
“Four o’clock,
Here is the number on the door.
Memory!
You have the key,
The little lamp spreads a ring on the stair,
Mount.
The bed is open; the tooth-brush hangs on the wall,
Put your shoes at the door, sleep, prepare for life.”

The last twist of the knife.