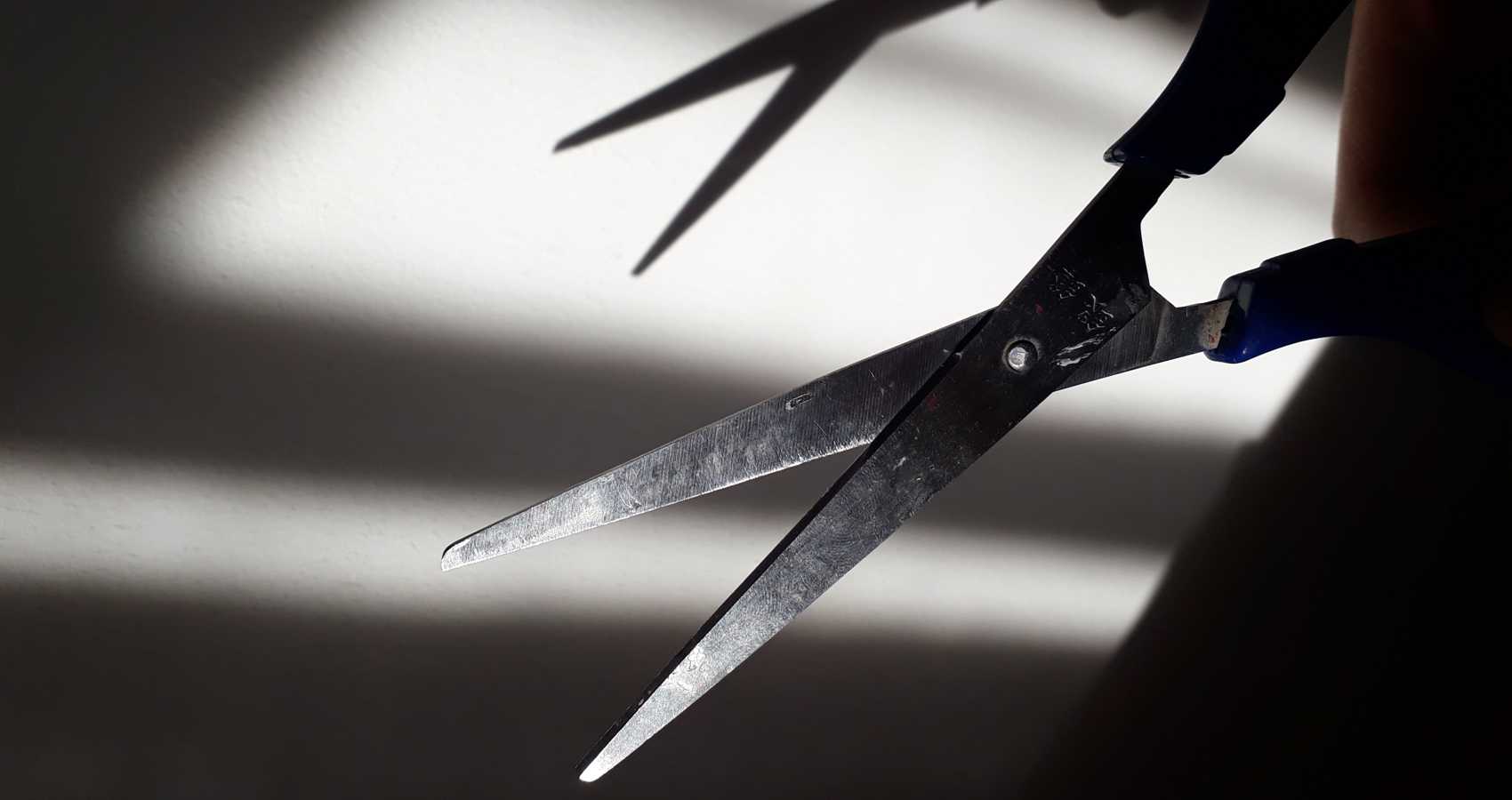 Sundays are for making love.
Your hands pulling my hair, exposing my bare throat, as moans escape from my parted lips, there’s nothing that suggest veins being torn out.
Mondays are made for hiding tears, trying not to think about where this’ll leave me.
Tuesdays are for deciphering every word spoken in darkness
while you gently caressed my face, it’s better forgotten.
Wednesdays are meant to be spent watching silly movies together, friends do that,
don’t they? Forgive me for not knowing proper etiquette.
Thursdays bring sadness I’ve known was coming, swallowed pride burns worse than Jack Daniels, less rewarding too.
Fridays have become tradition while I practice meditation. Breathing has been easier, I believe, checking messages, erasing ones I typed for you.
Saturdays find me running, I have a pair of scissors in my hand, better to fall, cutting shallow incisions made just for healing, unlike spinning Merry-go-rounds, it’s always something to remember when you’re gone, hurting comes, heartache goes, like country music songs, here’s the cold.
Sundays are made for making love, whatever it is called.

Donetta Sifford is from a small town in Virginia. She has been writing since she can remember. One of her poems has been published in an online journal, The Reverie.