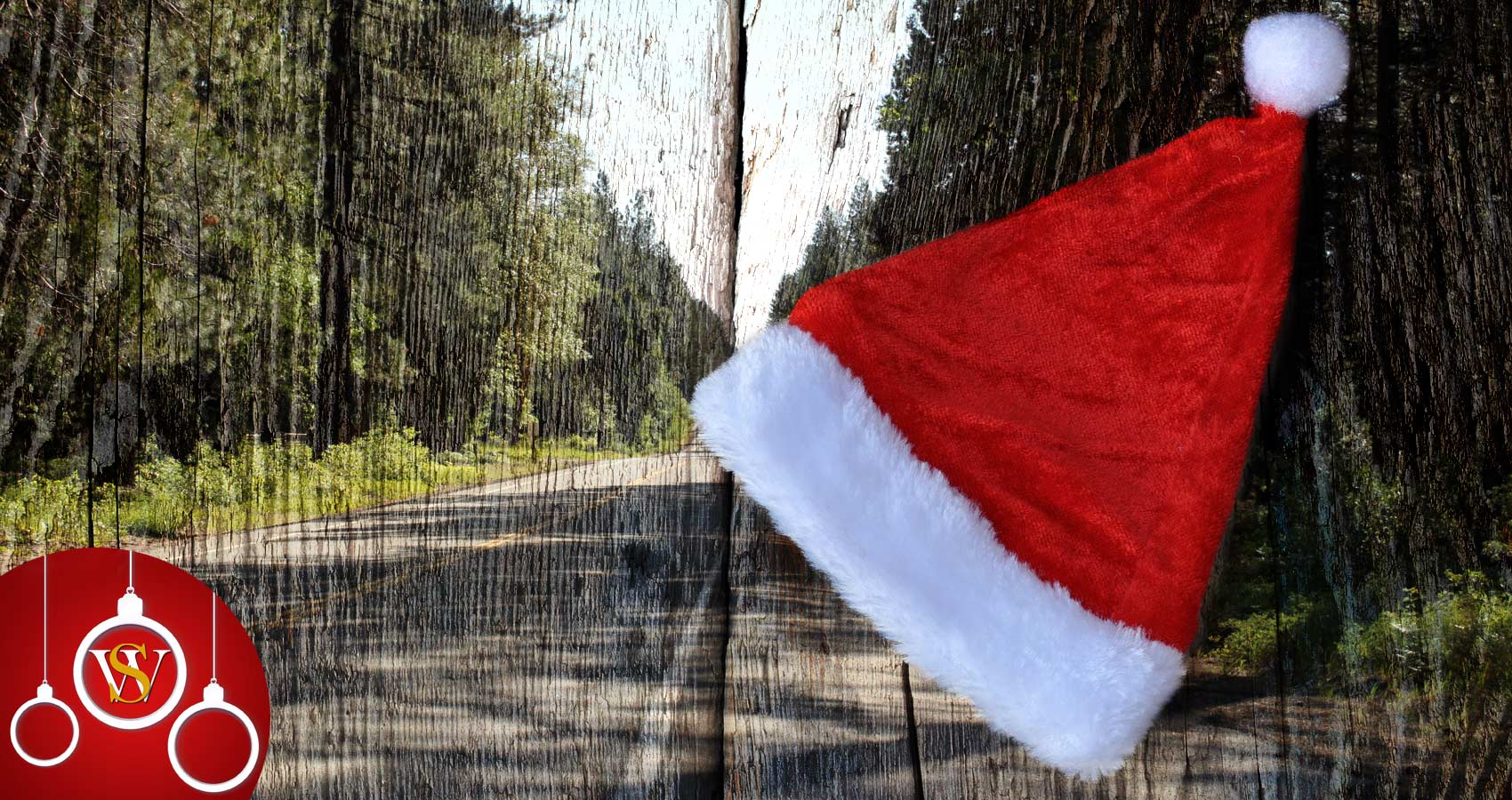 Oh Boy! There it is – Santa’s Village. Reputed to be the home of Santa on the West Coast.

Nestled in a grove of sweet-smelling pine trees off of Highway 17, the candy cane bacchanalia for children beckoned like a beacon to the faithful like Mecca.

For most of my childhood, we’d drive by this magical kingdom on our way to Aptos beach down by Santa Cruz. Each time we drove by I would feel a yearning, a burning desire to go inside and check out this mysterious kiddie paradise.

We never stopped. There was never enough time or money. The Aptos beach was free, while Santa’s Village was not.

Ever since the Old Man had taken a powder, money was always an issue as we were on a “budget.”

Despite the family being strapped for cash, my brother, Matty and I did our best to get our Mom to stop. And being young, we were relentlessly obnoxious about visiting the enticing destination.

Finally, after years of begging and wheedling, good ol’ Mom caved and said we could visit Santa’s magical kingdom this afternoon – after we went to the beach on our way home.

That is if we were good.

Mom’s comment about us “being good” was meant for me. Much to my irritation, my brother, Matty never got into trouble. I think he was shooting for sainthood back then. That all changed when he later embraced punk music in the 1980s and learned he could kick my ass.

I was specifically on probation after my last stunt at the beach, where I had surreptitiously slipped a sand crab down the back of Becky Byrd’s one-piece swimsuit.

Would have gotten away with it too – if I hadn’t laughed so damn hard. Becky’s Curly impression from the Three Stooges was priceless as she shrieked and ran around like a headless chicken.

Eventually, the sand crab was embarrassingly fished out of her partiality removed swimsuit by her Mom much to the enjoyment of us boys.

The prank had earned me a well-deserved bitch smack from my mother and a persona non grata status from all future Byrd family get-togethers.

Karmic retribution eventually came my way. And while Becky never put a sand crab down my pants, – she did blossom into a stunning teenager. Causing me to regret my childhood hijinks – since she never spoke to me again after said incident.

Friends of mine who knew her later in high school told me that Becky despite her good looks was notorious for having terminal broccoli breath. Even worse it was rumored that she had gas problems on dates – so I guess it wasn’t a total loss.

Anyway, I was “good” and the day at the beach was fun as we goofed around in the surf, digging up sand crabs, and unintentionally drinking several gallons of seawater while swimming.

By three pm in the afternoon, we loaded up in the blue family station wagon and headed back towards home.

Normally a trip home to Los Gatos would take us under an hour’s drive. And since Santa’s Village was at the halfway point, we figured we’d be there in no time.

Wouldn’t you know it though? We didn’t count on folks returning home from the beach. So of course, we ran smack into traffic causing us to proceed homeward at a snail’s pace.

Mom doggedly drove and by four forty-five pm, we pulled into the parking lot. Soaked to the skin with perspiration from the anxious trek, we all crawled out of the car like geriatrics crawling out of our hospital beds.

“C’mon Boyos, we just made it. Get in line and let’s get our tickets before it’s too late,” ordered Mom herding us to the park entrance.

Well, there was no line, and the front door was firmly shut. It seemed as if the gates to kiddie paradise were closed to us.

Undaunted Mom knocked on the door for what seemed to be an eternity. And after several nail-biting seconds, no one answered.

You would have thought that Santa could have at least installed a doorbell considering how much dough he was raking in at Che Village. But no.

Finally, the door was opened by a very pissed-off middle-aged woman dressed in an unkempt elf costume and a small green hat that perched precariously on her head.

We assumed that this was one of Santa’s little helpers.

“My boys and I have come to see Santa,” said my mother.

“We’re closed!” said the grumpy woman. And with that, she turned on her heels and slammed the door in our faces.

We stood there stunned at this horrible breach of yuletide protocol. Barred from seeing Santa – unthinkable! What had we done to deserve such shabby treatment?

Just as we turned to go, the door was flung open again. A hand appeared briefly throwing candy canes at our feet and the door slammed shut again with a bang.

Mom yanked us back by our shirt collars before we could pick up the candy on the ground and in one fell swoop scooped up the candy in her fist.

She then marched back to the entrance, wrenched open the door, and threw the candy back inside. There was a scream of indignation as she hustled us back to our car.

Gazing out the back window I caught a glimpse of an angry woman dressed as an elf shaking her fist at us as the family wagon patched out of the parking lot scattering gravel indiscriminately.

The three of us treated ourselves to a feast of burgers and milkshakes at Carrows that night and we all had a good laugh. Mom’s candy cane pitch became more epic with each retelling at the table.

My mother nearly went into hysterics at the restaurant when I suggested we might consider converting to Judaism – since we were probably now on Santa’s shit list.

And no…we never went back.