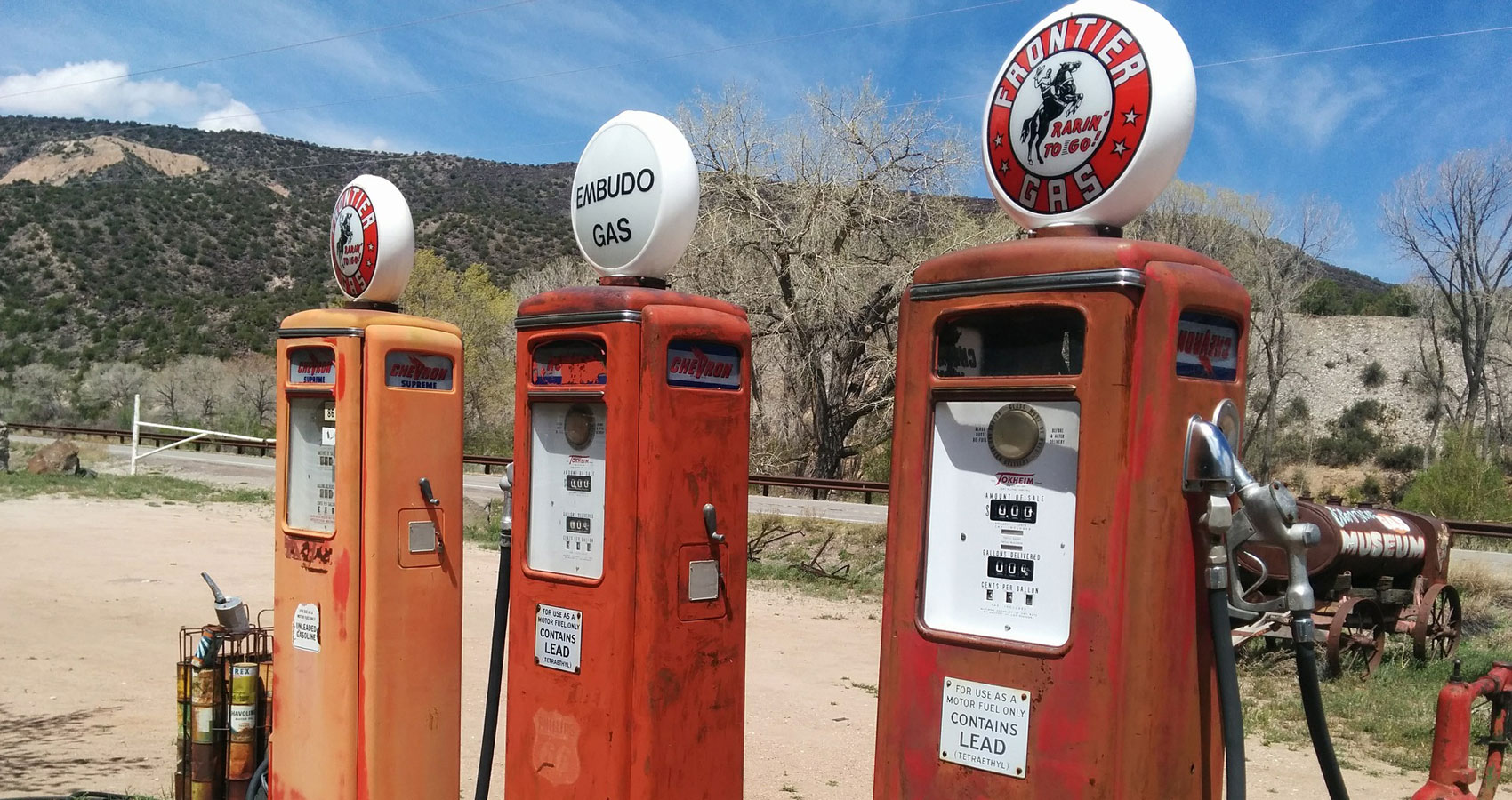 There’s gotta be more to life than this.
Earle Beauregard creaked the wooden chair onto its back legs and adjusted his baseball cap to shield the glare from the afternoon sun beating down on the dilapidated filling station.
Some filling station, two ancient pumps and falling-down wooden shack.
Texaco it was not.
The high point of his day – no, scratch that – the high point of his week so far had been the conversation with his last customer, an ignorant Fat Dude wearing Ray-Ban Aviators and driving a shit box ’79 Trans Am with Michigan plates and a busted muffler that made a sound like Satan clearing his throat.

Earle filled the tank while Fat Dude used what passed for the bathroom.
Something wasn’t right.

When Fat Dude returned, Earle said, “this sure don’ look like no stock Trans Am, what-all yo’ got under the hood?”
No reply.
Earle kept going. “I got me a ’67 Chevelle, my daddy’s car. Someday she gon’ take me away from all this.” He glanced at the plates and tried again. “Michigan, huh? Yo’ sure are a long way from home.”
Fat Dude removed his shades to reveal cold, dead eyes, “an’ yo’ sure are a long way away from anything that’s yo’ goddam business. All I wantchoo t’ do is put gasoline in my goddam car.”
Earle shrugged then slowed the pump as he topped off the tank. “That’ll be twenty-five dollars.”
Fat Dude handed over two tens and a five, got into the car and then leaned his head out of the window. “How far’r we from Memphis?”
Earle pointed on down the road. “Interstate’s three miles that a-way, get on it an’ head south fo’ sixty miles.
Fat Dude grunted then spun the tyres and roared away, the rasping, crackling snarl of the hopped-up Trans Am taking a long time to fade into the distance.
“Y’all have a nice day, now.” Said Earle.

That was an hour ago.

In the oppressive heat, his eyelids grew heavy to the drowsy, half-hearted buzz of insects; the only sound on the deserted road.
The door slam woke him up.

Earle opened his eyes to see a Tennessee state trooper standing next to a Ford Crown Vic’ Interceptor.
“He’p yo’, officer?”
The trooper removed his mirrored sunglasses. “Yo’ work here, son?”

A dozen smart-ass replies flashed in Earle’s head.
“Yes sir, I do,” he said. “This place b’long to mah uncle.”
“Anyone come past in the last hour or so?”
“No sir, been pretty quiet today.”
Earle heard the words come out but had no idea why he said them.

Earle pretended to think. “Well, I been working inside earlier, s’pose someone could have drove past then, but ain’ nobody stopped here.”

The state trooper stared at him for a long time, looked around, stared some more and said finally, “well, we’re looking for a white male, five-ten, weighs about two hunnerd ‘n’ eighty pounds, drives a beat up ol’ ’79 Trans Am that sounds like a P.O.S.”

Earle held the policeman’s stare. “Well, I guess I’d remember seein’ anyone like that.”

The cop handed Earle a card. “Well, if yo’ remember anything else, or see anything, call this number.”

Turning the card over in his hand, Earle said, “What’s he done?”

A month later, Earle’s uncle announced that he was closing the filling station.

Earle was locking up the place on the last day when he heard the far-off roar of a high-performance engine. Running to the side of the road, he looked to his left and saw sunlight glinting off a shape emerging from the heat shimmer hovering above the tree-lined road. The shape grew larger and then…

Earle whooped in delight as the Trans Am blew past at better than a hundred and twenty, howling like a banshee and whipping up dust and road litter in its wake. His senses reeling, Earle watched the taillights disappear, listened to the falling note of the engine and then heard the squeal of tyres and the dull crumple and crash-tinkle of a car going end-over-end.

Earle sprinted around to the rear of the shack, jumped into his black Chevelle, gunned the engine and fishtailed onto the road.

He found the Trans Am half a mile away, nose-down in a drainage ditch. In the middle of the road a large cardboard box had burst open, spilling out about a dozen clear plastic bags.

Earle stopped the car and got out. Inside each bag were hundreds of white pills, Earle put everything into the Chevelle’s trunk and went to check the Trans Am.

Bracing himself with one foot on the open driver’s door, Earle looked inside.

It was a mess.

Barely conscious, Fat Dude hung from his seat-belt, blood trickling from his nose. Wedged between the windshield and the dashboard was a black leather attaché case. Earle balanced it on the steering wheel, flicked the clasps, opened it and whistled when he saw the thick bundles of hundred-dollar bills. Along with the cash was a notebook, Earle rifled through pages of names and phone numbers then put it back and shut the case.
A quick look inside confirmed that the Trans Am was empty; whatever was in the passenger glove box could stay there.
Fat Dude groaned as Earle frisked him to discover a cellphone in his shirt pocket and a Smith and Wesson .38 in his waistband. Pocketing the cellphone, he span the chamber of the .38 then grabbed the case and clambered away from the ditch.
Standing on the road, Earle Beauregard stared down at the Trans Am, lifted the .38, blew Fat Dude’s head apart and then climbed into the Chevelle.

This 1000-word story is inspired by the song “Someday” by Steve Earle.