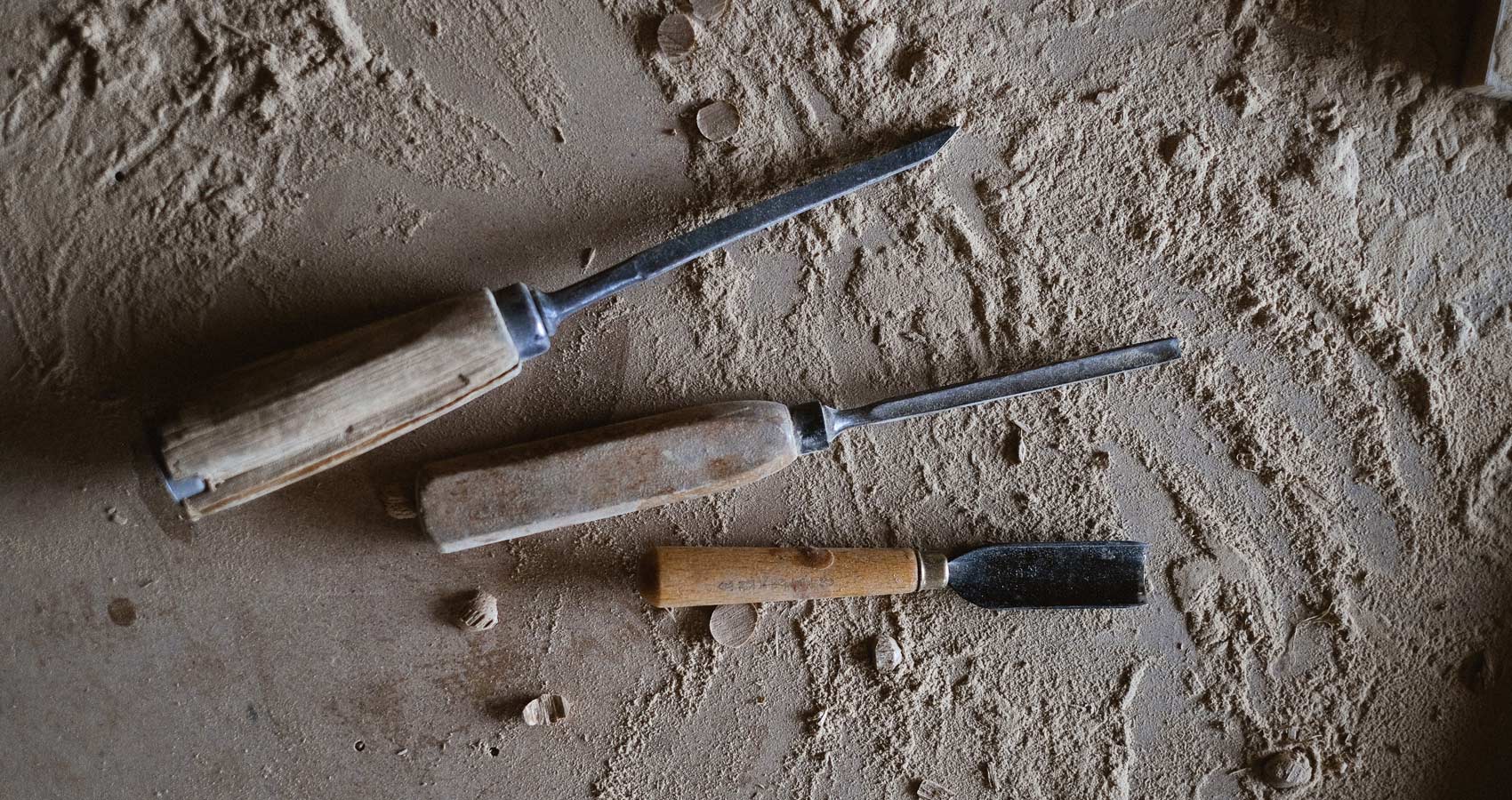 “I can’t write five words but that I change seven.” — Dorothy Parker

“I have rewritten — often several times — every word I have ever published. My pencils outlast their erasers.” — Vladimir Nabokov

This is not to say that every poem should — or can — be reduced to the mere six lines that my recently published ‘I Should Have Known’ ended up at.

But there is a lesson to be found in that poem’s journey from long to short, even from prose to poetry, because it offers a rather dramatic example of how sometimes less really is more.

Sometimes the first crack at writing a poem is akin to a sculptor tackling a block of marble, and what’s needed is a chisel to coax it out of the stone.

“Revision is not going back and fussing around, but going forward into the process of creation.” — May Sarton

As sometimes happens, what eventually became ‘I Should Have Known’ began several years earlier as a vague and largely formless idea, a memory. Perhaps my earliest memory, in fact. I must have been about four-years-old when I saw a dog with a missing leg romping through a park, a startling sight to say the least. It was an image that must have portended danger ahead for the innocent child I was then.

And an image that stayed with me, only to resurface five or six years ago, demanding that I write about how it felt and what it means.

Well, maybe it would have been, if I had had any inkling of where to start — and where to go. To gain that took several years.

“I write a lot in my head. The revision goes on internally. It’s not spontaneous and it doesn’t have a schedule.” — Jamaica Kincaid

My first impulse was to delve down deep into the image, and to follow all the nuances and implications I could mine to wherever they might lead. Apparently, this was a world fraught with perils that the child in my memory neither expected nor suspected. To take on such a large topic, I thought at first, probably called for a personal essay in which I could fully explore the story. It became one of those ideas I would mull over occasionally, between other projects, and now and then actually attempt to put on paper, always with unsatisfactory results.

The years passed, and the image lingered.

“It’s not that I’m so smart, it’s just that I stay with problems longer.” — Albert Einstein

Unfortunately, what I found myself doing, time and again, is trying to write about not only what I saw, but what it ought to mean to the eventual readers I hoped the work would attract. Rather than the impact and clarity I thought that memory merited, I was muddying the waters.

That’s when I started to think of my story as not a personal essay but a poem. That was a step in the right direction, but it took longer still before I could find what was essential in too many words spread across too many lines.

Over forty-plus years, I have sent far too many poems and articles out into the world to believe that I have any say over what a poem (or any piece of writing) might mean to someone else. I’ve come to think of publication as a sort of transfer of ownership.

Who am I to say what a poem of mine should mean to you? Or, as the great poet Stanley Kunitz put it, “A poem has secrets that the poet knows nothing of.”

“In working on a poem, I love to revise. Lots of younger poets don’t enjoy this, but in the process of revision I discover things.” – Rita Dove

In one sense, ‘I Should Have Known’ was one of those poems that seemed to write itself — if you don’t count all that flailing about and all those years of failed attempts to write it, or something like it. I woke up one day after not having thought of it in a while, and it had arrived pretty much fully formed and ready for the keyboard.

After maybe five years and thousands of misbegotten words, what I ended up with were 29 words draped over six short lines, as published. Here’s what it all came down to, with — I hope — plenty of room for a reader to enter the poem and find in it something of their own experience. Probably not the same experience, of course, but something familiar and similarly haunting.

I should have known
that day in Riverside Park
when the sight of a three-legged dog
seared my four-year-old mind
that this was going to be
an imperfect world.

Kenneth Salzmann is a poet and writer who divides his time between New York’s Hudson Valley and central Mexico. He is the author of The Last Jazz Fan and Other Poems.