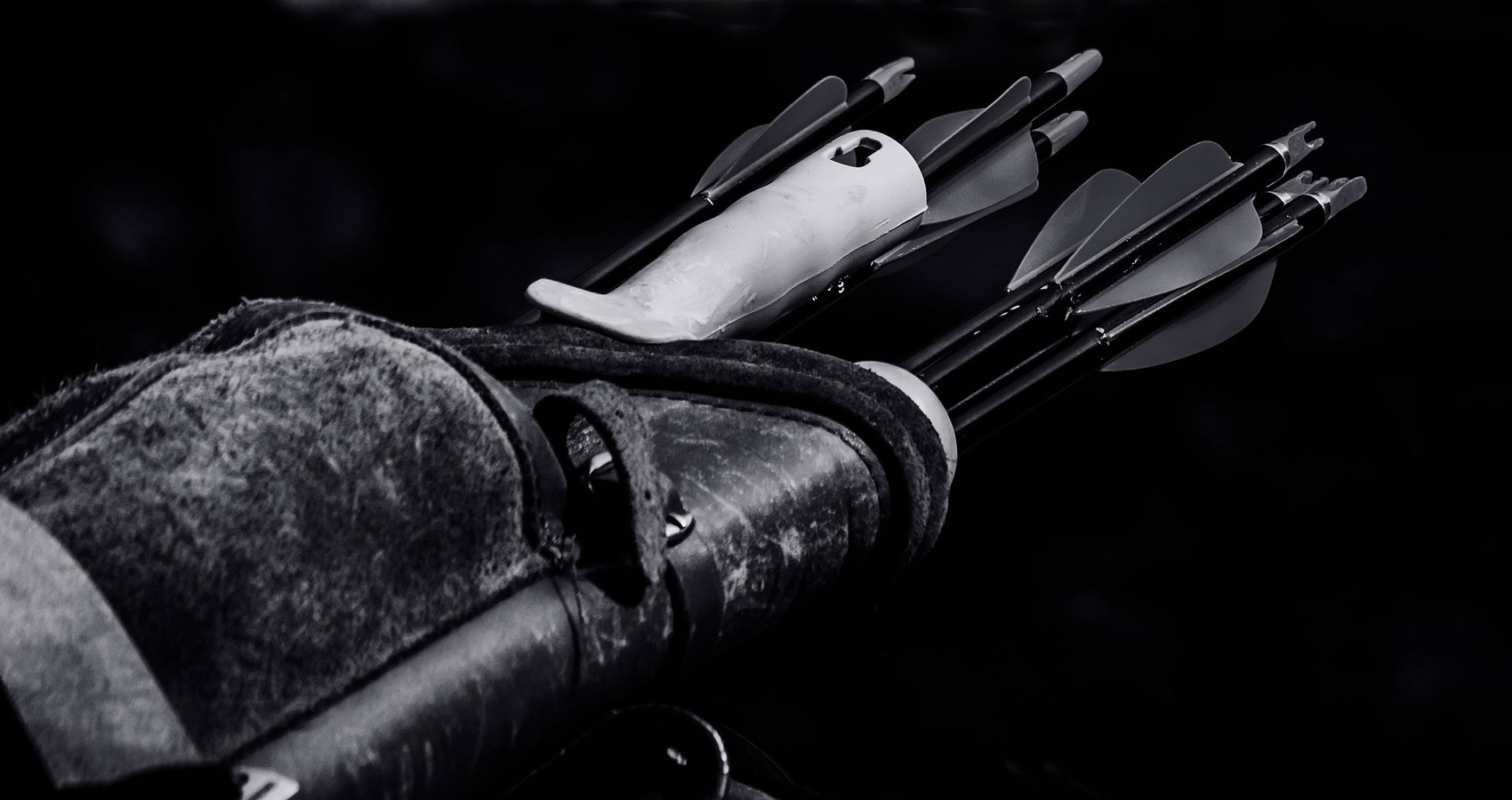 This is the tale of two friends, Fiza and Fauzia. Fiza was a great rider and like her name was fast as the wind. Fauzia was a great hunter and had she been a man would have been considered a great warrior.

The two were true friends and great beauties as alike as if born of the same womb. Many a man pursued them, but none could catch Fiza and none could match Fauzia’s fierceness. Knowing that no man was their match, the two pledged their friendship and love to each other, even to the death. No man would have them, nor would any man come between them.

One day, there was a great tournament. As a woman Fauzia could not enter, but so great was her reputation that the crowd insisted. On the morning of the event, she took her place among the prize archers of the emir’s kingdom. Watching from the crowd was Fiza on her favorite Arabian.

The rules for the tournament were simple. Each archer would get one arrow to hit a target. After each round, the targets would be moved farther away. Archers that did not hit the target would be eliminated.

All was quiet for this last battle. Fauzia looked to the crowd and saw Fiza smiling which lightened her heart. Knowing that a victory would please her friend, she said a quick prayer to Allah asking for her aim to be true. Drawing back her bow she aimed and let the arrow fly. All was quiet until the arrow struck true in the center which drew cheers from the crowd for their local hero. The stranger took his mark, said he trusted his bow to be true and let his arrow fly … and missed.

The crowd erupted in praise of Fauzia’s victory. Quieting the crowd, the emir pronounced Fauzia the greatest archer in his domain and awarded her a purse of gold coins. Turning to face the crowd, Fauzia raised both the bow and the purse in celebration.

But not all were happy about her victory. The stranger had retreated to the edge of the crowd and mounted his horse. Drawing back his bow, he cried, “Your victory is short lived!” and fired at Fauzia. Seeing this, Fiza put heels to her mount and rode to protect her friend placing herself and her horse between the assassin and her true love. She, not her friend, ended up as the recipient of the arrow and she fell at Fauzia’s feet. Seeing her friend and love wounded and dying, Fauzia vowed vengeance and turned to shoot the archer, but he had already disappeared. Kneeling, she caressed her friend. “Fiza, I will avenge you. I will make your killer suffer. In three days, he will be dead and in hell.”

While Fiza’s family collected her body, Fauzia started her hunt. With no horse, for Fiza’s would allow no other ride her, Fauzia took off on foot as swiftly as when she hunted a jackal since she thought of the coward that had killed her love to be no more than a jackal.

Not stopping for sleep or food, Fauzia pursued him for three days and caught up with the assassin while he was resting at an oasis with his horse tied up. Aiming carefully so as not to harm the animal, who she knew was innocent, Fauzia was able to sever the reins. The horse was so surprised that it ran off. The stranger, seeing that Fauzia was trying to knock another arrow, charged at her with his scimitar drawn. She dropped her bow and pulled her own blade in time to block his blow.

The two crossed swords many times in the next hour. The stranger was tiring, while Fauzia, fueled by her love for Fiza continued to press her attack. Back and forth they went. Finally, the stranger tripped. As Fauzia was about to get her revenge he blinded her by tossing sand in her face. Stepping back to clear her eyes, Fauzia dropped her guard. The stranger, coward that he was, took the opportunity to thrust his blade into her side. “This is for not knowing your place.”

Fauzia pushed off his blade and with one last leap spun around, brought her scimitar down cutting off the villain’s head. Falling to her knees, she picked it up and whispered, “This is for Fiza” before hurling it into the desert.

A jinn that had been watching appeared to her. “You are a great warrior and for this, I will grant you your greatest wish.”
Fauzia looked at her wounds, “I wish to be with Fiza.”
The jinni replied, “But she is dead.”
Looking up, Fauzia said, “Without her, I have no life. For she has my heart.”

With that, the jinn lifted her up and flew her to where Fiza’s family was preparing to bury her. Seeing Fauzia descend with the jinn, they parted. Fauzia, barely alive, walked to the grave of her friend, lowered herself, lay down next to Fiza as she had many times before, and died.

The jinn, seeing this, exclaimed. “This is a great love. We jinn will let the world know of it.” So, at night in the desert, you can hear Fiza racing the wind. And if you look up you will see Fauzia’s arrows fly through the sky. For Suleiman, master of the jinn was so taken by the story that he decreed that the two would live forever as symbols of love that transcends all boundaries.