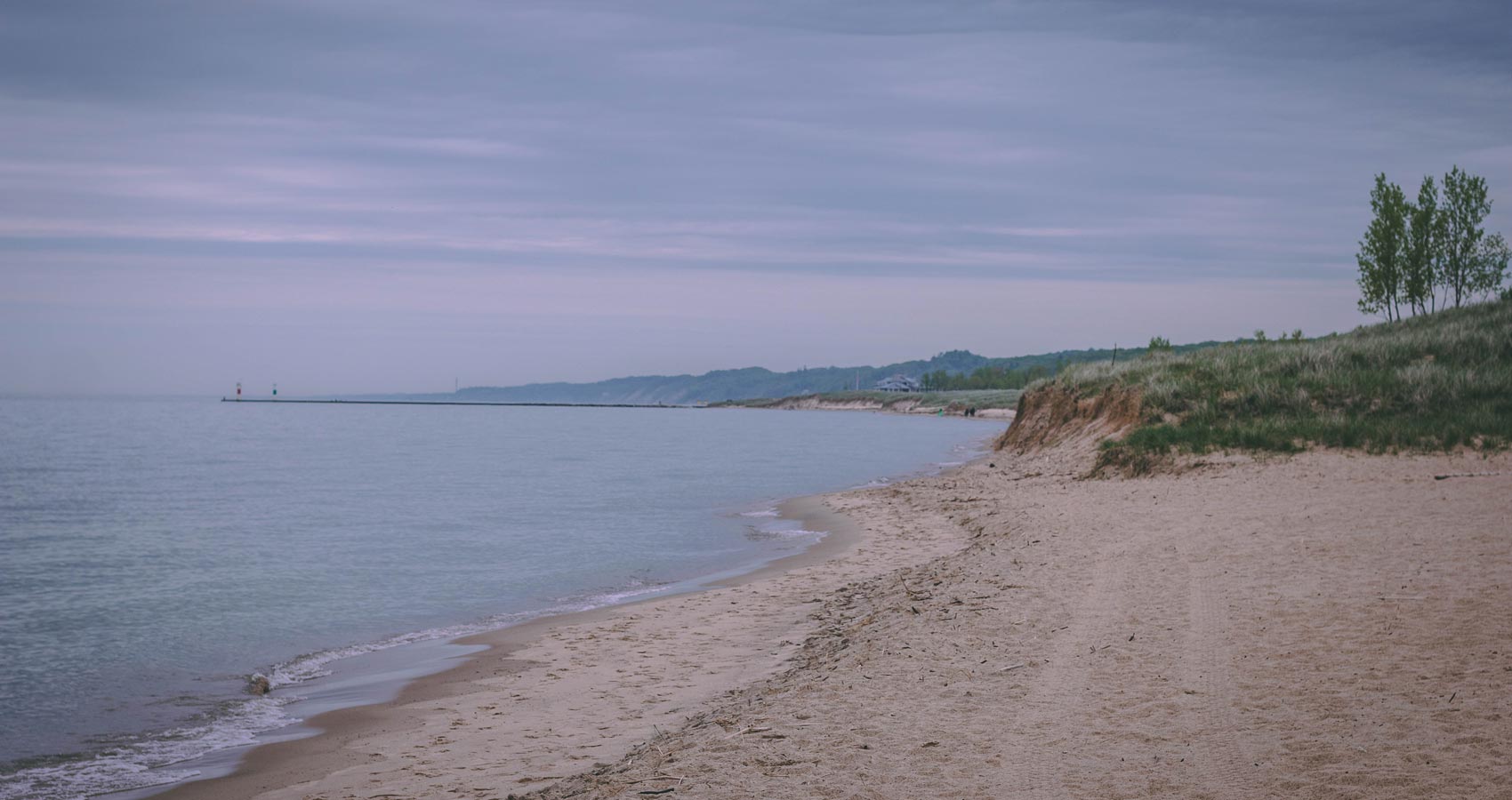 “Mist kissed the grass of the lakeshore.”
He handed me this memory as if I was
a part of a vision inside my crystal ball:
inside the bubble of Lake Michigan.

In the vision, he placed a thick blade of grass
between his thumbs and blew the whistle.
It was one of those small things he had enjoyed doing
and nobody had known about since he had been
a very private and secretive person: to him, manifesting
the state of his inner void had been irrelevant.

In the vision, he pointed out the reeds and, suddenly,
told me how he had told her – once, as a young man –
that there was nothing else in his pocket than a stone.
This memory was so important that he emphasized it:
“I told her that I only had an onyx in my pocket.”
The black gemstone
should have been more than enough for her, but no.

In the vision, he stood and stared at Lake Michigan.
After a silent while, he turned to me
– as if he was surprised to have a visitor in his bubble –
and having a smug – yet, not mean or spiteful – expression on his face,
he stated:
“You’re flipping the disc.”
This discovery of new emotions made him smile,
and his smile and newfound warmth made me smile.
“Yes, this is the B-side,” I told him,
and he seemed to like it more
than the A-side.
“This is my sanctuary,”
he stated and granted me a bewildered look.
“Cool. You’re so cool,”
he blurted out a compliment.
I agreed.
I was cool:
I only had to look at Lake Michigan to know it.