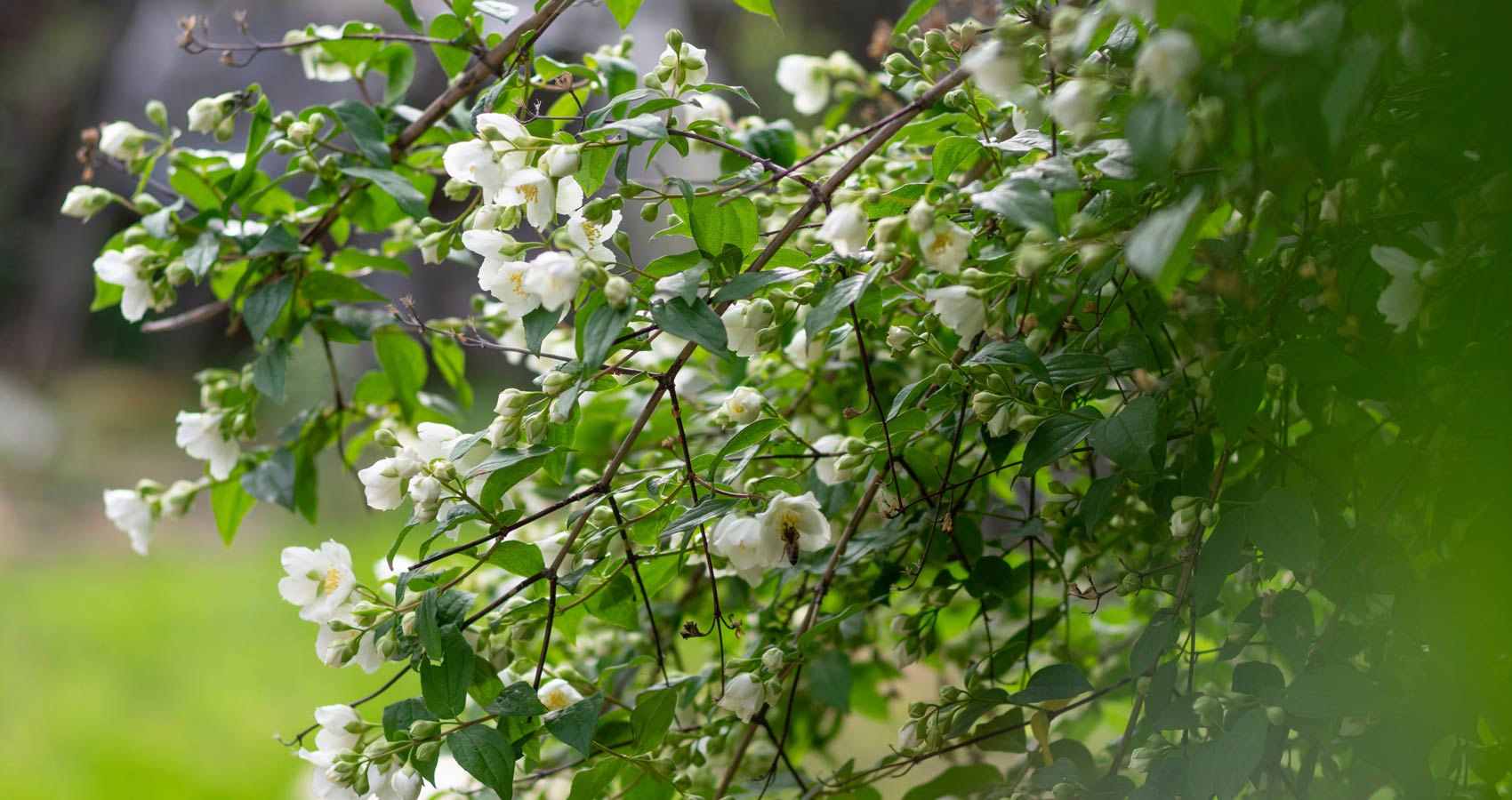 It was time to go. The car was scheduled to arrive after an hour or so. He sat, ruminating, heart heavy and torn, to leave the house where he and Anjali lived for more than fifty years. The quiet little garden where they planted roses and her favourite Kamini tree beneath the window of their bedroom that exuded the fragrance of her youthful summers, had to be left. So many thumbed pieces of her life in the rooms, that still breathed her remembrance, were packed and ready to be sold off. He had protested, against this arrangement of his son and daughter but in vain.
– ‘Baba, why do you want to take these useless things?’ His daughter replied. She never was sensitive about anything that didn’t carry a price tag. Now her house is to become his new ‘home’. He pleaded with her not to uproot him like an ancient oak from its birth -soil, but Pritha was adamant.
– ‘Baba, you only take ma’s jewels. Of what use are her outdated shawls or the cracked little mirror?’ He knew very well that arguing was pointless. Pritha would never listen. How right was Anjali when she advised him never to resign himself to the children’s demands. Instead he refused to listen to her and made himself extremely vulnerable to them. Anjali, no matter how much she loved her children, was just the opposite.
– ‘Ranjan, you are pampering Arjun and Pritha to infinity. Don’t you see how demanding they have become?’
– ‘Oh shut up!’ He retorted, his male chauvinism piqued.
– ‘Wait till they grow up, then you’ll realise,’ she shouted back, simultaneously wiping her eyes.
– ‘It will be too late then, remember.’
– ‘Stop nagging, will you?’
These fights continued for hours. Soon silence gripped them. No exchange of words. But it wasn’t for long. Anjali cut the ice most of the time. But now she wasn’t there to come to his rescue, when he was forced out of his own house by his own flesh and blood. Of all times he needed her now, the most. Everything looked bleak and empty without her. No comfort from her words, no staunchly supportive voice, whenever the children talked back to him. He regretted the times he fired at Anjali, when she punished the children for being naughty. He, it was he, who was the villain. Good for Anjali that she had left before him, like a quiet spell of unseasonal rain; so ephemeral, so unreal. Yet he felt her everywhere. He had goosebumps as shadows crossed over on invisible bridges. It was as if she kept a watch over him soon after she left. His soul dark and scarred, wailed for her, like a futile moan of the last leaf for a dead tree. But subconsciously he knew that she still was with him, showing him the right way, for Anjali was always correct about everything. She had a logical head and a cleverness of seeing ahead. He wasn’t like her at all. A great fool with a blind, destructive paternal love. A narcissist, enjoying loving, because it was pleasurable to him. A selfish father who had made his children greedy and arrogant, so that he could get an edge over his devoted wife. Oh, what a coward he’d been and how much she had to suffer! Now that Anjali was gone, he felt like a fish out of water, unable to fight for himself. Tears ran down his cheeks, lined with bristly wrinkles, like piped – waters trickling out, on gravelly by-lanes.

Ranjan tried reminiscing their lives together fifty-two years ago. Things were so different then. He first met Anjali at a wedding ceremony. He was the groom’s friend and she, the bride’s. She wasn’t beautiful, or even pretty. But there was an inherent elegance in her demeanour that blew him away outright. He was a civil servant with a meagre salary and astonishingly handsome looks. In no time they gravitated towards each other and after three months, got married. Ranjan smiled to himself recalling the days of love and poverty. They were lost in one another before the children came. Ranjan marvelled at Anjali’s perspicacity. Even during those heady years she kept her cool, refusing expensive gifts and saving her pocket money for future use. She did the household chores, never kept a help and laughingly would say,
– ‘My God! Do you want me lazing around, fattening myself and looking hideous beside my dashingly handsome husband?’ An excuse she often made, to reduce expenses. There were two things that she treasured most. Her wedding ring and the saree Ranjan gave her for the bridal reception. Anjali had some family jewels which she never wore but distributed them to her daughter and son. On weekends she cooked Ranjan’s favourite dishes, listened to music or spent time together in the garden, amidst the profusion of various flowers and diverse fragrances and sometimes on the terrace, both sleeping the nights off with stars and mosquitoes for company.

When the children were married, the couple would sometimes go for a brief visit to Pritha’s. Arjun had already settled abroad. But Anjali had an eerie kink of never staying at her son-in-law’s. She made Ranjan promise that they won’t spend nights under the roofs of their married children except in emergencies. He was disappointed with this wackiness, so unlike her. Repeated queries on his side, failed. Anjali didn’t spill the beans. There must have been a hurt lurking somewhere and of his own infliction, thought Ranjan. Too late to make amends. Amends. To whom? His very life? He was but a corpse breathing without her. Swimming within the overwhelming tides of guilty answers, he felt breathless. A rush of pain emanated through a long mournful sigh.

Eventually the children had to resign to their mother’s decision. Ranjan freed from the shackle of the promise, refused to budge without his wife. Even when their first grandchild, after spending a month with them, left for Pritha’s house, (dotted with various species of granddads, grandmas, aunts and uncles) the policy remained unchanged.

Ranjan was startled out of his reverie. He secretly smelled Anjali’s torn bridal saree which still exuded the sandalwood fragrance he loved so passionately, whenever she was around. He smuggled it between his shirt and trousers. People were constantly coming inside the room to remove items to be sold out. Outside, in the garden, everything was nearly dying except the Kamini tree which stood evergreen. Beneath it was their favourite haunt, when life was full up and effervescent. Now the soil was famished for want of water, the last three months that Anjali lay in bed, and he too occupied with her, to give it a thought. Of course it was of no use, now that he was leaving, leaving for good. The house would be sold and the proceeds handed over to him. No excuses or pleadings worked. Who was going to look after him? Pritha had demanded. Was it possible for her to come over, leaving her large family? Yes, he could keep a maid. Was there any guarantee that she’d be honest or give him proper care? Besides, it would be too expensive, considering the pension he had. Ranjan realised why Anjali was averse to spending nights at her daughter’s. How many times did Pritha come to visit her mother, the three months she lay dying in bed, leave alone nursing her? It was Ranjan who cooked with his clumsy hands, carried her in his arms to the washroom, bathed and fed her. And now with all his strength intact he was made to appear helpless! What a joke! What is this kind of world, he was a fool never to understand? Anjali, his wife, his wise, loving mate, knew it long before him, while he revelled inside his self-delusional cocoon!

Ranjan was still staring at the garden. It was winter, the potted soil arid, yet the rose plants were budding. It seemed insanely untrue that she had left him but twenty days ago. Slowly he rose from his chair and looked outside. Only a few moments were left, before he could bid adieu to all the cherished slices of himself, scattered before him. The sun was bending over. Sprays of warm rosy lights that dotted the Kamini tree created leafy shadows. Who was standing there? Anjali? She wasn’t dead after all. Well, thank God for that. There she was, calling him, like she always did, flailing her arms like the leaves breezing above. The wind was rising. A bitterly cold gust pushed inside. He shivered as the perfume of sandalwood floated. Someone came to the door. Ranjan was muttering something. The screech of the car went unheard.
– ‘I’m coming. Just wait a second. Yes, yes dear, I know.’ The wind rose up fiercely. He fumbled, patting the saree hidden inside his clothes.
– ‘Yes yes, I will hurry. Let me just brush my hair.’ He mumbled.
– ‘Baba, I’ve come to take you home. The car is waiting. Do hurry up, for there may be a storm,’ said Pritha, standing outside the door of his room for the third time. Ranjan answered incoherently.
– ‘She’s calling. I’m coming right now.’ Pritha left the room in a huff, not having heard him clearly.
– ‘These senile crackpots…..never on time….’ The wind furious, snarled, banging the windows fiercely. Pritha rushed in to close them. On a chair nearest the garden window, sat Ranjan, immobile, staring outside with a smile on his lips. Suddenly the wind stopped howling.