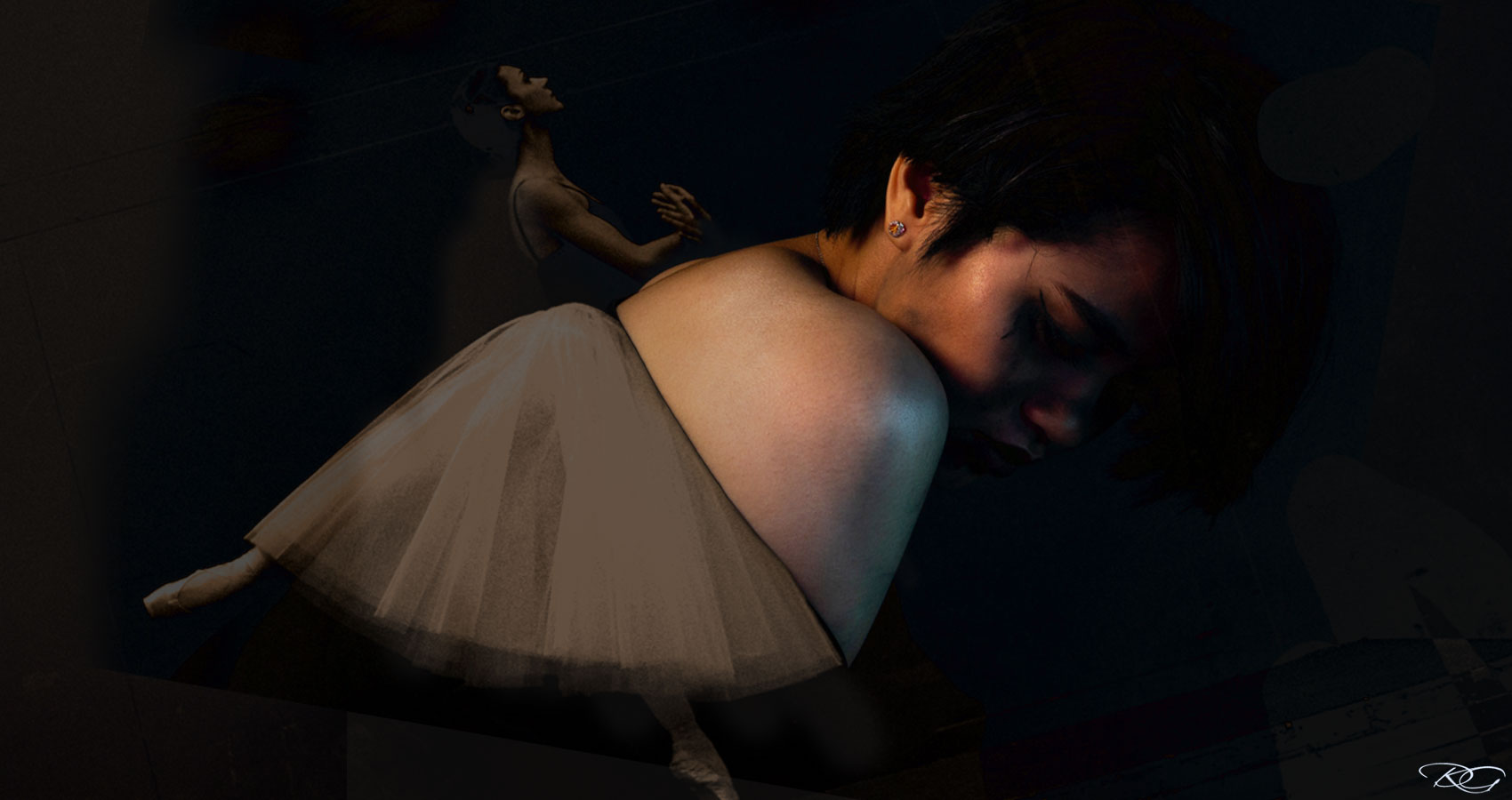 It was a night that belonged to the spirit world. The air was too frigid for Autumn. She climbed the steep flight of stairs leading to their room. She pushed the door open with one finger and peeked inside. He lay on the bed, motionless, save for the rise and fall of his chest. She let herself breathe and pulled on the glass door handle, intent to run as far as her legs would take her. In her haste, she had forgotten that the hinges were thirsty for lubricant. He moaned, and twisted to his side. His eyes shot open like a corpse that is unaware it is dead. Her husband sat on the edge of the bed and called her name.

She bit her lower lip until it bled. Her body trembled from fright. She opened the door and walked inside. She kicked at something solid, and stared at her feet as the empty bottle rolled across the room.

She walked over to him with her arms glued by her sides. He stared up at her with longing, mimicking something remotely human. His hand thrust towards her at lightning speed. She didn’t recoil. It would only feed his fire. He grasped her tightly around the wrist, and squeezed it like he did the rabbits he slaughtered for their dinner.

She had no words – none that would pacify the beast.

His features softened. It was a sign that things would soon worsen.

He released her. She placed her hand on her belly as if to say good-bye, and prayed quietly to God that He would take her before her husband could.

“We discussed this,” he said, calmly. “Ain’t no money for no baby. Afraid we’ll have to do it the old fashioned-way.”

Instinctively, she stumbled backwards to escape his wrath, but it was no use. He took three long strides across the room and secured both her arms behind her back, as if playing Sheriff.

He ignored her pleas and swung the door fully open, and pushed her into the hallway. The temperature dropped. She attempted to break free, but he was stronger than an ox; and just as filthy. They stared at the black void at the bottom of the stairs, where shadows crept, snickering in anticipation, and hungry for dinner.

Her head shook violently back and forth. Her epitaph was scripted across the walls.

“Do it! Or I’ll have to do it for you. You want me to live with that guilt, woman?” He grew silent and then his tone changed, “Lina? I…”

He released her. She heaved in relief as he turned her towards him. He still had an inkling of love left in his heart. His hands encircled her waist. His lips pursed. The apology was present on his tongue. The drink always drove him mad. He was always sorry afterwards.

She raised her fingertips to his mouth, forgiving him before she could hear the words. He tore her hand down, and as gently as possible, he told her, “…I ain’t askin’ again. Take that leap or be sorry, Missus. You hear me?” he whispered.

He spun her around. Her lungs produced a garbled cry. Flying through the air was just like dancing.