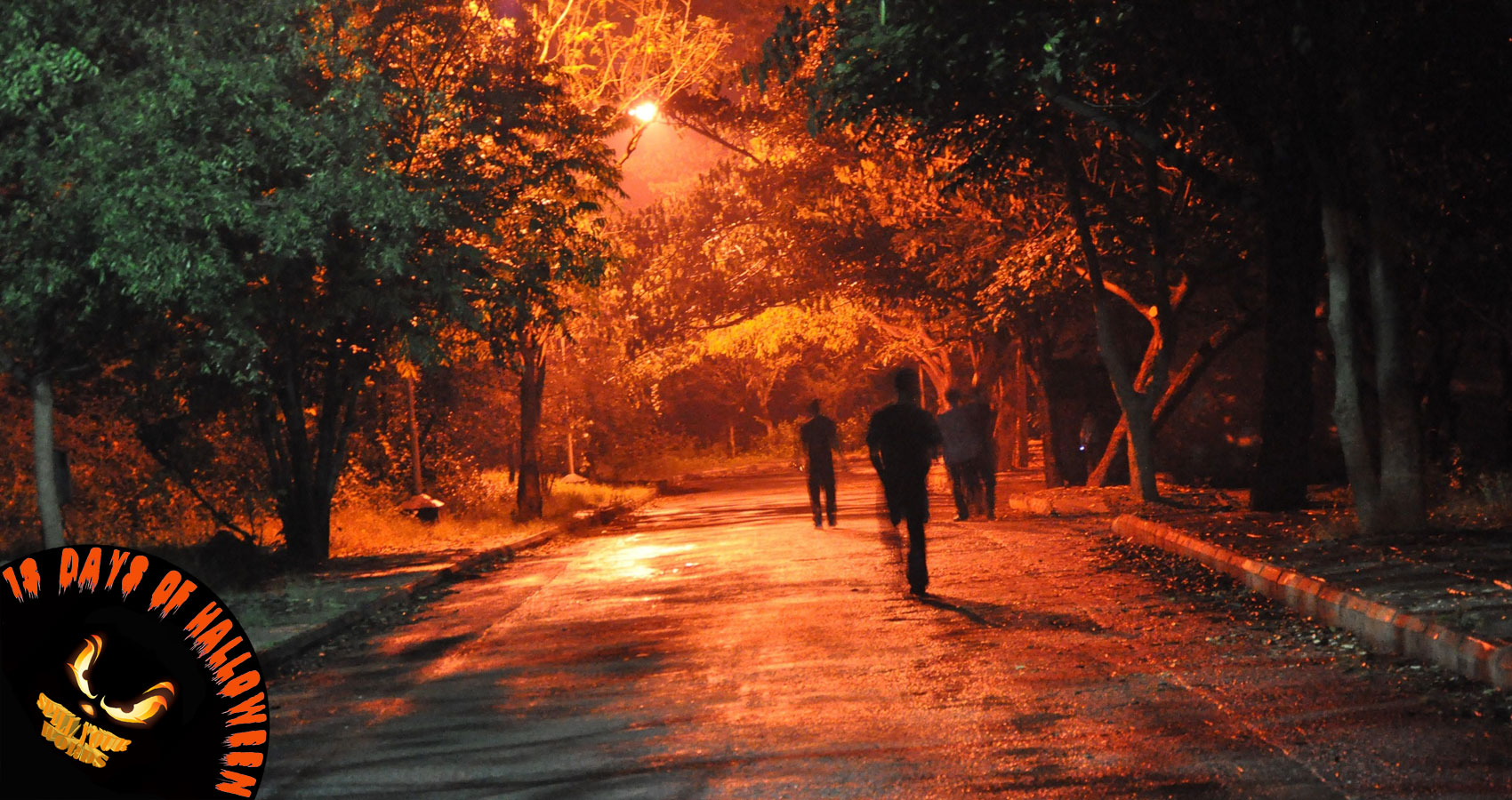 Detective Dan Lambert’s shift started out with a bang on Halloween night. Kids on the porch of old man Sprague’s place. His porch light was off, a sign that he didn’t want Trick or Treaters, but the kids paid no attention. They pounded on the door shouting. The trick was on them. Old Man Sprague opened the door with a shotgun and fired it off. Luckily it was birdseed, so no one was seriously injured.
Silvia Havershaw walking by Sprague’s house heard the shotgun and suffered a mild heart attack thinking she had witnessed children being shot. The ambulance was called for the shotgun blast, but it took Silvia instead. The children weren’t harmed, Sprague got a taxpayer sponsored ride to the county jail. Finishing up his report, the Detective received the next call.
The eyes on Billy Madsen’s Halloween mask were small, so too the breathing holes in the nose. Billy, who was subject to asthma attacks, had collapsed on the neighbor’s front lawn. Detective Dan got there about the same time that the ambulance arrived, it was the same driver! Billy had a few puffs on his inhaler, and they kept his mask, letting him go with his friends.
Tommy Schafer’s mom refused to buy him a Halloween costume. She told Tommy to get creative, so he took a pair of scissors to his mother’s two thousand thread count Egyptian cotton sheets and made some eye holes. He put a noose around his neck. He was going to be the ghost of a hanged man. It was all good until he got the noose and sheets balled up in the wheel spokes of his bicycle. Tommy flew over the handlebars. Several people called in saying they had seen a ghost on Maple Street. Tommy and the road had a meeting. Tommy was pretty banged up. Detective Dan put his broken bike in the trunk and took him home. Tommy’s mother upon learning he was going to be fine went ballistic when she saw the holes in the expensive sheets. Detective Dan almost had to take her in.
At the office he was putting in his fourth report for the evening, Halloween was enhanced by a full moon tonight. The moon alone brought out the crazies. But a full moon on Halloween doubly so.
A call came over about a woman on fire in a bar. Detective Dan met the ambulance one more time, the same driver. Mona Davenport was dressed as a hula girl. Dancing on stage, she came too close to the tiki torches and started her grass skirt on fire. After interviewing several patrons, Detective Dan put the incident down to the tiki torches being too close to the stage, and the bar had to face that “Grass skirts and fire don’t mix.” He talked with the manager who said from now on they would use LED lights, no more real flames in his establishment. Detective Dan told him that was sound reasoning.
What was happening to this night? Was everyone crazy? Would it ever end? He still had a few more hours in his shift, left to go. He hoped things would settle down.
Down on Main and Fourth, a mad man with dentures was trying to bite people. He had fangs made, but they were ineffective for drawing blood. He was placed in the cell next to Mr. Spraque’s cell. They both would be in court on Monday.
Detective Dan was counting the hours to the end of his shift. It would be over at midnight, still so much time to go before then.
A drunk stealing candy from kids, a cemetery séance trespassing on private property, a domestic disturbance between a couple dressed as Dracula and the Bride of Frankenstein, a lost child who didn’t return home was found, a black cat caught in a tree, not his specialty, a false bank robbery, they forgot to take off their masks before going to the party. It was near midnight. He would be so glad that his shift was ending — such a strange night. Things had quieted down. Perhaps the craziness was over. Detective Dan was getting ready to punch out when a hoard of zombies walked through the station. Detective Sauer came on duty. Detective Dan pointed his finger down the hall. That was call number thirteen on Halloween night. He was done for the day.