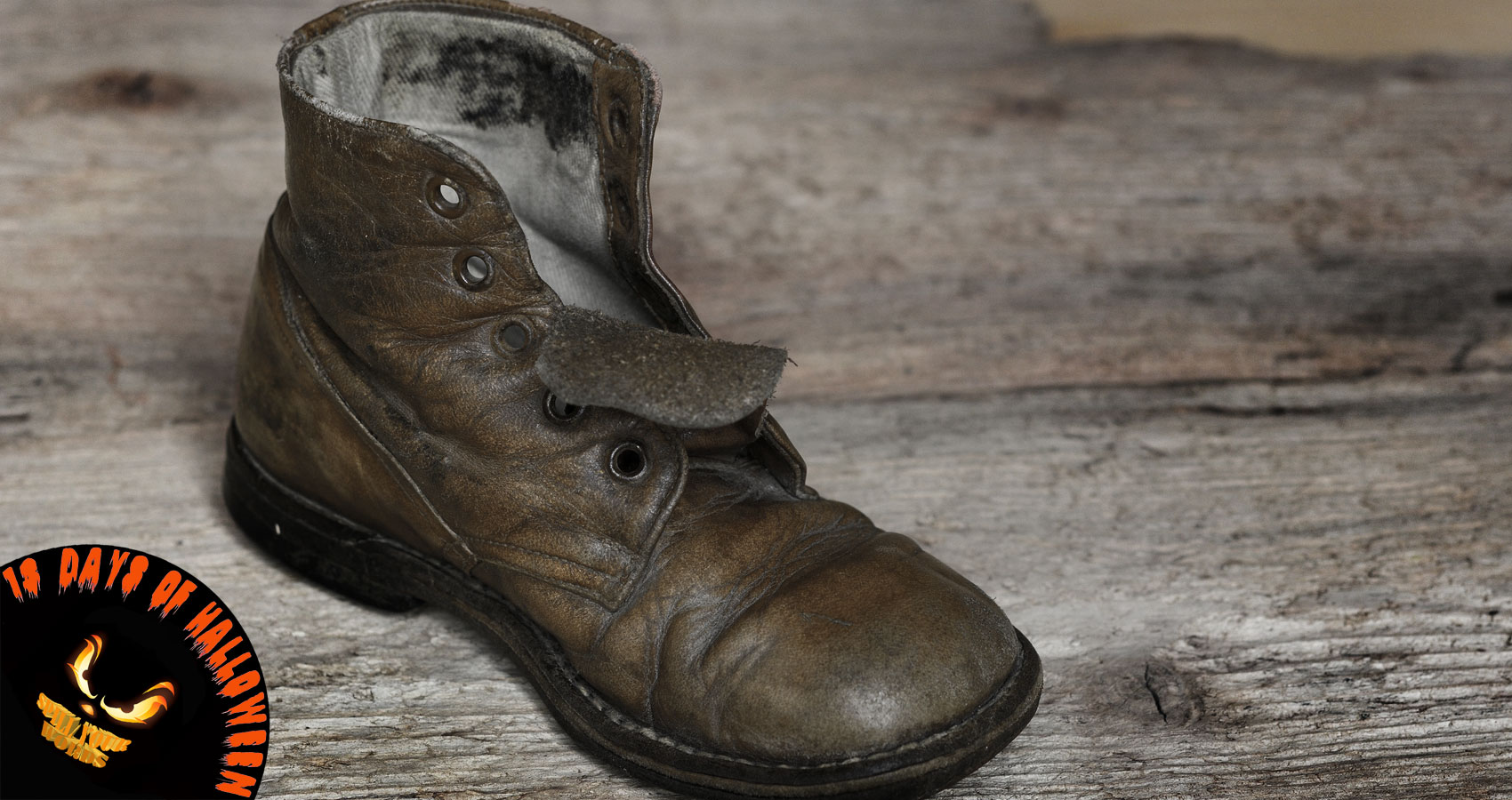 Gather around me. Listen. Draw near.
I’ll tell you a tale of old yesteryear.
The story of Sean, out tending his flocks
By an old fairy mound known as Foreknox.
Four knocks because that’s all it would take
To unsettle the spirits and make them awake.
And that’s what young Sean, an earnest young man
Accidentally did with the cane in his hand.
Of a sudden, ahead, on the crest of the hill
He spotted a small figure, eerily still.
Sean thought it was just a trick of the light
Playing with his eyes on old All Hallows Night.
But then the figure hammered, tap, tap, tap, tap
On the small leather shoes heaped up in his lap.
The boy did his best to hold in his head
Thoughts of his young wife tucked up in his bed
But now there were young girls prancing around
And the tap tapping became a wonderful sound.
He was spellbound watching them dance and sing
While they drew him forward, into their ring.
He danced and he danced till his two feet were sore
He laughed and laughed till he could not laugh any more.
Then a thick mist engulfed them. Sean staggered around
Stumbling over something left on the ground.
It seemed that his dance mates had all upped and flown
And the poor boy was left bedazzled, alone.
Only thoughts of his warm hearth beckoned him on
But back in the village his small cottage was gone.
The houses were crumbled, covered in moss
He was frightened, confused, all at a loss.
An old hag approached him, calling “Sean is that you?”
What on God’s earth was he now meant to do?
But as the crone got closer she pulled from her pocket
His wedding gift to her, a bright silver locket.
He froze on the spot, frightened out of his wits
When the apparition crumbled to bits.
I know you will doubt that this story is true
But Sean always carried one soul of one shoe
That the strange little cobbler dropped as he ran
He carried it still as a very old man.
Here is the proof. Take it or leave it.
Makes no difference if you do not believe it.
Examine it closely, the stitching and where
The depressions in the leather that prove wear and tear
“But Maggie where did YOU get this shoe?”
My friends….I leave that up to you.

Maggie O’Brien has an Honours Degree in English and Philosophy from Leeds University. She has spent most of her working life teaching
the ‘disenfranchised’ in many parts of the world. She was born and raised in Southmead, Bristol UK of an English mother and an Irish father. She moved to Granard, Ireland in 1996 where she now resides. Active on the Poetry Slam circuit in Bristol throughout 1995, she was a guest poet at the prestigious Cheltenham Arts Festival in the same year and organiser of the Poetry Event at the Bristol Free Festival. She has also been broadcast by the BBC. (She is now also an author).