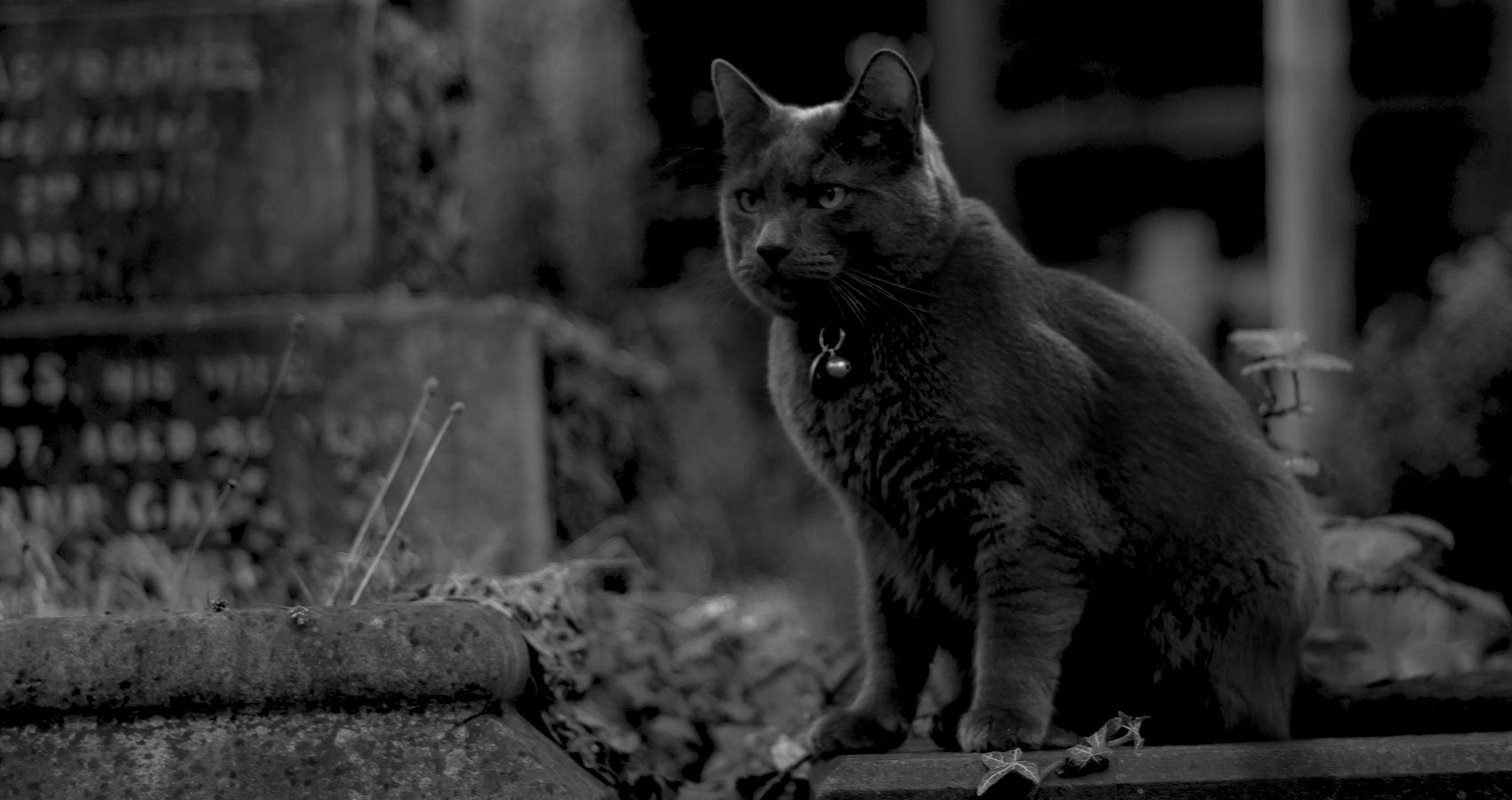 The Ghosts of Colestown Cemetery

The Ghosts of Colestown Cemetery

I went to the police station and filled out a report.
Sargent Melissa handed me my phone. “We couldn’t find any fingerprints and used your phone video to identify the man.” She stopped and looked out the window. An ambulance drove by.
“Who is it?”
“I.” She paused. “Someone in the neighborhood.”
“Are you going to arrest him?”
“No.”
I stood up. “Why not? He attacked me.”
“Because he is already dead. He has been for seven years.”
“What?”
“He’s dead. He used to live a few houses over from your old house.”
The memories came of a creepy man. He watched me all the time and was caught peeping into teenage girls’ windows. He also sprayed the stray cats with his garden hose and threw things at them.
“I.” I didn’t know what to say. “Is he buried in the cemetery across the street?”
“Yes.”
“So he could be alive?”
“No, that doesn’t make sense. The medical examiner is sure he was dead.”
“You said there are no ghosts in Cherry Hill.”
“Maybe I was wrong.” She handed me a card with her phone number on it. “Call me if you see him again.”
I logged onto my computer at the apartment, posted the recent information and recordings, and said it would be the last one.
Later, I checked the Catch the Dark podcast email, and there were lots of them, maybe even hundreds, and they all told dark stories they said were real and that nobody believed them. Other listeners sent money to me, begging me to keep Catch the Dark going.
I needed to think about the podcast. My mind was not the same. I have nightmares and can’t go near a cemetery without picturing that man. Sadness overwhelmed me at times. I knew that there was one place where I needed to go. I needed to face my fear.
I returned to the house; there were no cats in sight.
I let Spooky out. If she wanted to return to the cemetery cats, I couldn’t stop her. She ran to the child’s grave, where I first saw her, then disappeared behind the headstone. I sighed. I lost my only friend.
I went to the house. There was no evidence that anything had ever happened there except for the remnants of a piece of caution tape that clung to a bush.
I froze when I heard what sounded like tiny feet pattering across the wooden floors inside. I hoped they were mice. I wondered if Spooky would return to the child’s grave and vanish into the spirit world. I didn’t believe she was one of the local stray cats.
I saw shadows that could be ghosts throughout the house. I once heard someone say that once you fully believe in something, you will see it everywhere. I fully believed in ghosts now. I walked past lines on the wall where my parents measured my height. They stopped halfway up, and I fought back the tears.
I climbed the creaky stairs running my hand across the walls, thinking of all the memories here. I heard distant laughter and crying as my parents went through the years. I was their only child. I wonder why they never had another one. They never told me a reason. Why think of it now?
I reached my bedroom and saw the chair by the window. I sat down in it.
I stared out at the graveyard like I did so many years ago. It seemed like time went in a circle and brought me back here. I then took out my phone and emailed the guy who told me about the house. I hesitated, then added to let me know if he wanted to get a cup of coffee sometime and that I had quite a story to tell him.
I kept staring at the cemetery across the road. Shadows darted between the graves like they did so many years ago. I heard a noise and saw that the cats watched over the cemetery like sentinels. Spooky wasn’t with them. They looked up at me and seemed to acknowledge that I was a friend. Were there other ghosts out there? I remembered seeing them as a child. One thing was sure. There were ghosts in Cherry Hill.
I dozed off, then woke up to something rubbing against my leg. I almost yelled out, then looked down as Spooky curled up on the floor next to me. Maybe, she decided to stay with me instead of returning to the spiritual world. I had to trust that she wanted to be with me and not leave. After all, love is stronger than darkness. Isn’t it?

William Falo lives with his family, including a papillon named Dax. His stories have been published or are in various literary journals.