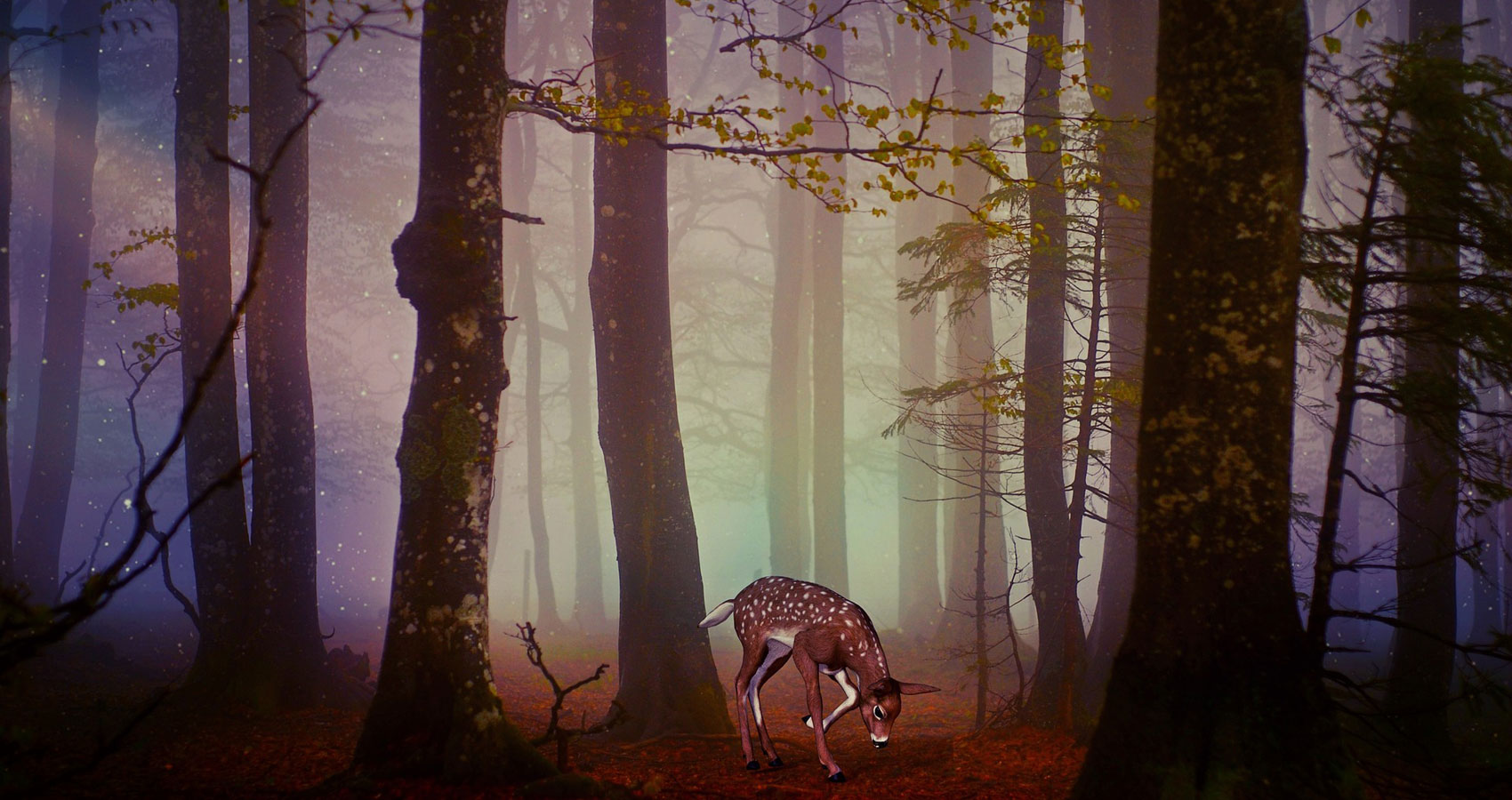 He loved the night, especially with no moon
For he felt safe within her black arms
Hidden from the rest of the world immune
His prey always responded to his charms

He was hunting right now following her cries
Hearing her whimpers in the darkened woods
Caught her scent on the night wind; her demise
For she smelled of fear passing the redwoods

Heavy upon her lithe body, almost animal like
Patiently waiting, hiding amongst the trees
His hand snakes out slashing with a knife
Leaving a thin line of blood on her arm with ease

Like a frightened doe she suddenly bolts in flight
Running aimlessly frantically trying to escape
Effortlessly he kept pace with her just in sight
She slows and he quickly cuts her, just a shape

She screams in pain most piteously and he smiles
So it went through the night, she ran, he chased her
Cutting her when she slowed, never getting riled
Until, finally, she could run no more, no further

Whimpering in between panting gasps, bleeding
She just laid limply, forlorn on the forest blanket
He kneeled down, gently caressed her face, smiled
Then kissing her soft lips he slowly cuts her throat.

I Still Love You

Users written by: Jolene Purdy   I took a lethal dose Of you and your lies Whilst she got the...