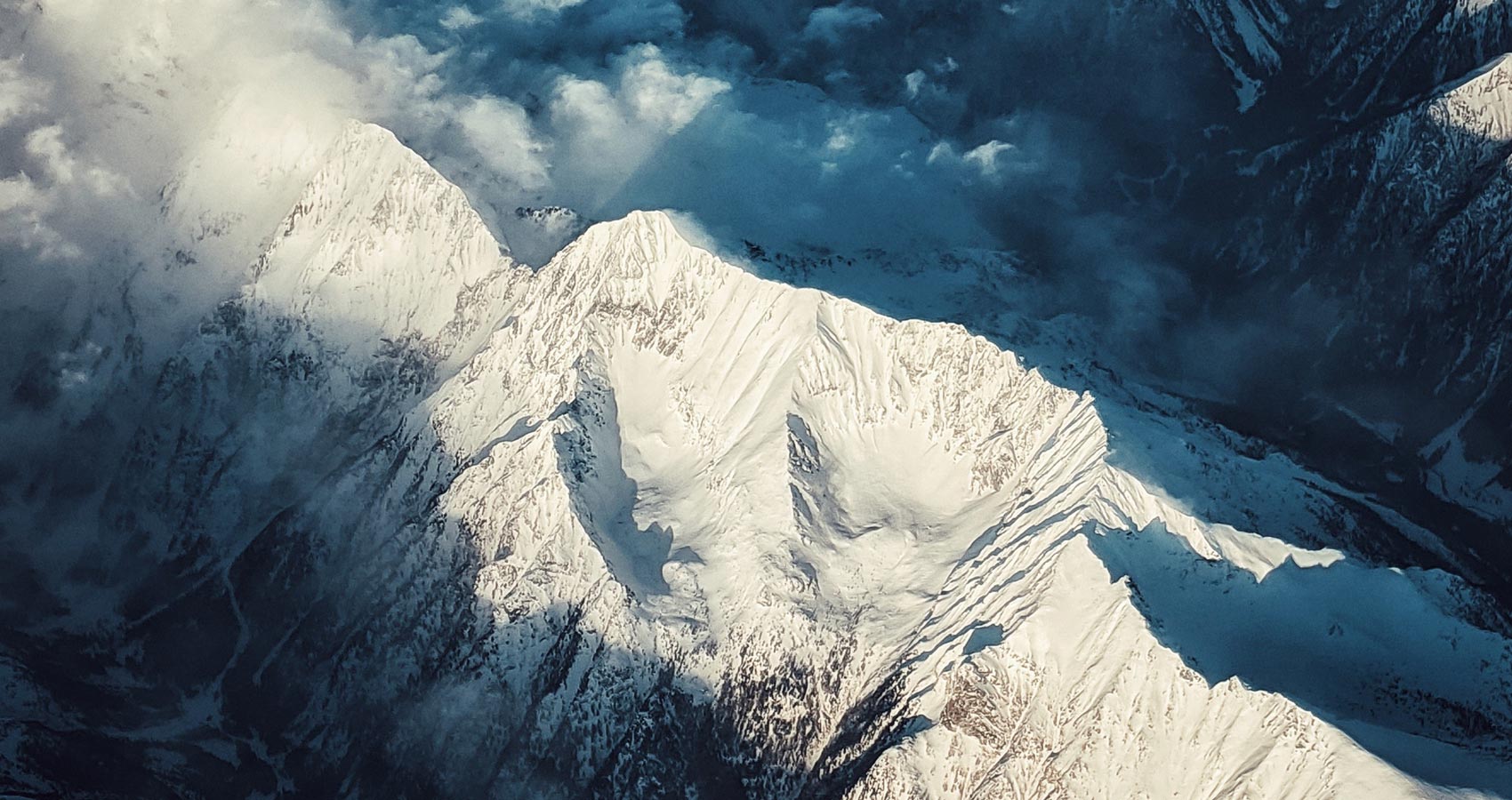 An ice dragon sleeping on snowy peaks,
Nestled cozy in the snow many weeks.

Catching perfect snowflakes on his blue tongue,
Watching them float down tales of clouds all sung.

On the snowy heights he sprawling dallies,
His breath an icy blast in the valleys.

When he spreads and fans alabaster wings,
Blizzard starts and snow flies while dirge wind sings.

On the morning, snow sparkles like diamonds,
The jeweled divan of regal ice dragons.