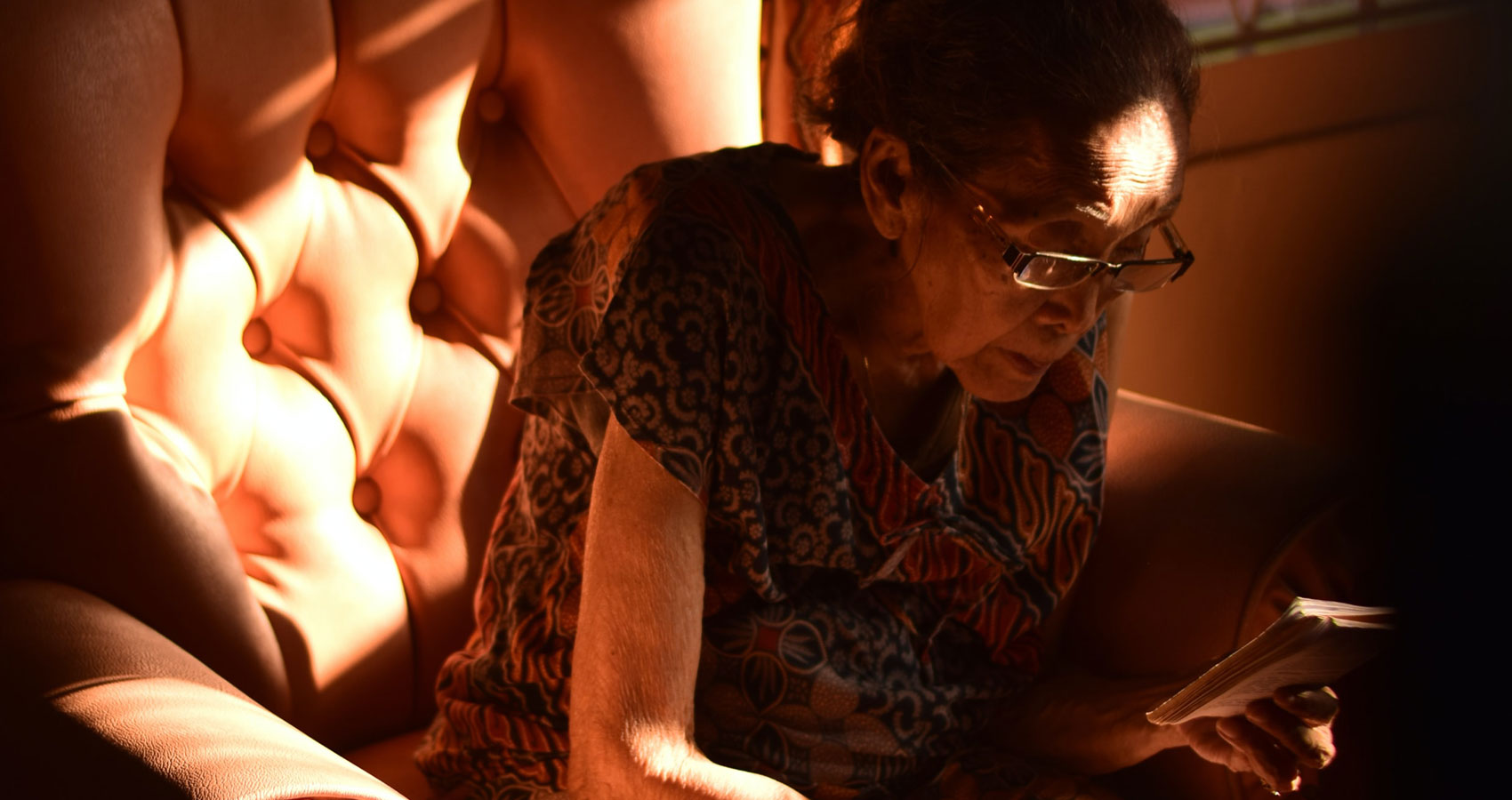 Mother gradually forgot who I
was
her first born son
and started referring me as uncle
while she talked in riddles
hummed in an undertone
twinkle twinkle little stars
and shifted place
and time half way through.

Her body too shrank in size
and she looked no bigger than a child
her knees drawn to her chin
under her crumpled quilt
her face sweet and shining
under a closely cropped
tuft of grey hair
she silently surveyed you
with her benign and
unadulterated look.

I try to invoke her memories
that we shared
and used to rejoice over but then
I realise soon that while
my half is intact
hers is gone forever.

She thinks she’s in trouble
with her father for staying out
too late beyond the sunset
with her bestie
both long dead
and dreads for a dressing down.

Then I show her the photo
of my father
hoping to see a glimmer in her eyes.

“Who is that man?
He looks very handsome.
What does he do? Are you
a match maker?
Have you got
a proposal for me?”

Then I decide to give her a simple
test, the task
of drawing a sun in the sky
and give her a paper and a sketch pen
which she accepts gleefully
and gets busy immediately.

I see her holding the pen
firmly with her skeletal fingers
and she deftly draws a circle
with small hair like rays
sprouting from it
but with one ray jutting
out downwards like a stick.
When I ask what has she drawn
she smiles
and says it’s my lollipop
but it may be your sun.

We then laugh together
and I know that we begin a new set of
memories
for me to reminisce and ruminate
while that would last her only for a few
moments
of her numbered days.