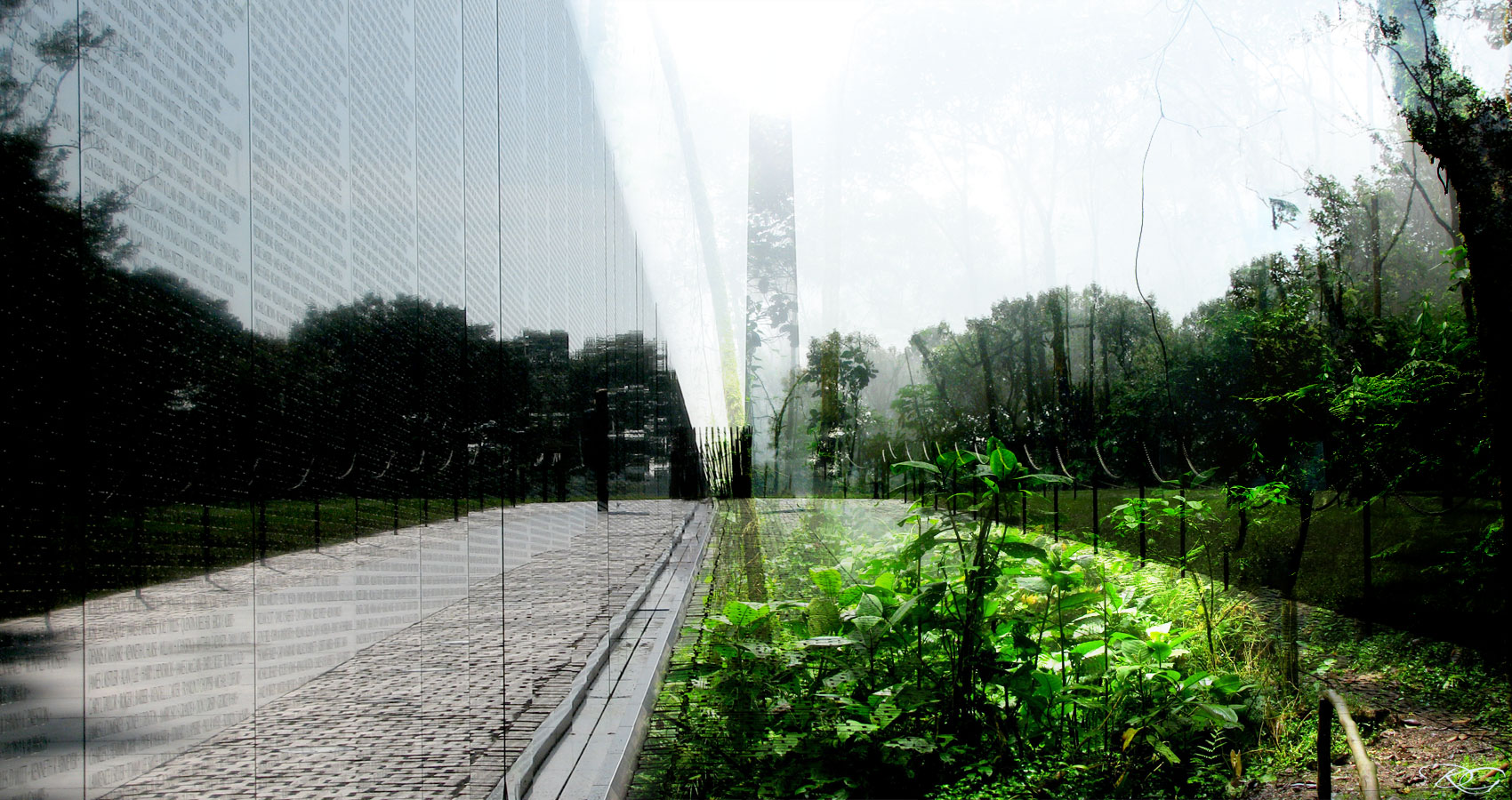 The Other Side Of The Wall

The Other Side Of The Wall

From jungle’s depths, grey shadows appear like ghost bleeding through an ethereal mist. They creep forward like one approaches the casket of a best friend. Halted by a granite perimeter, they stand and sway, pondering as if sensing something on the other side faint in their memory. On worn paths, they grope along the Wall. Rough hands move over its surface, like feeling a floor in the dark for something lost. Vague faces portray a semblance of youth, but the eyes are lifeless, like those of old prisoners who too long have borne the burden of confinement. They lean against the Wall. It does not yield. A corporate moan like a whispered dirge drifts in the humidity. They trickle back into the jungle and fade into its apathetic embrace. Somewhere they sit at old bloodstained places and mourn.

Based on “Reflections”, a portrait of the Vietnam memorial by Alfred P. Moss.  It’s a perspective from the jungle ( “other”) side of the Wall.