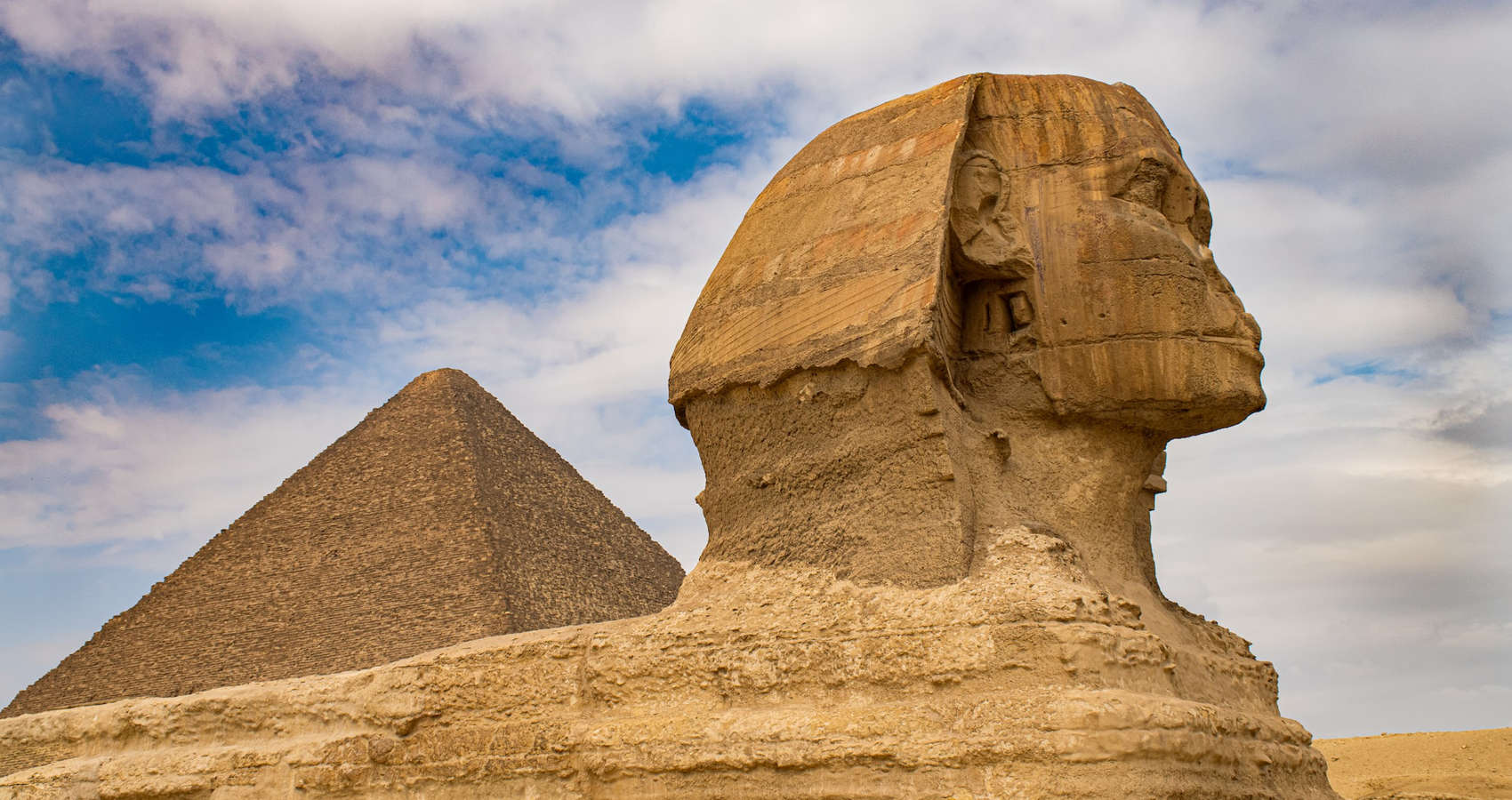 As I stand between your colossal paws
filled with wonder and awe
empathising with Jerry when
cornered by Tom
and try to solve the silent riddles
that you spell out
about your creator
your birth and the symbolism that
you exude in the image of Ruti
the guardian of the horizon
where the Sun God Ra rose and set
I travel back in time
through our simian past
and see the freeze shot of
the beast evolving into the human.

Your wings are frozen in time
and your lips are sealed
after you asked your last riddle
‘What is it that has one voice
and yet becomes four-footed
and then two-footed and
finally three-footed?’
and delightfully devoured many
for failing to answer it
till came Oedipus
and gave you
what you wanted to hear.
And then perhaps
you lost your voice
and withered away
and buried yourself
in sands of time
bit by bit
every passing day
not forthcoming nor
responding to Oscar’s
beckoning
‘Come forth my lovely seneschal!
So somnolent, so statuesque!
Come forth you exquisite grotesque!
Half woman and half animal!’

But then we can’t let you go
for you to quietly vanish
from the face of earth
till you pay back our debts
and till we avenge
the gory deaths of thousands
who failed to answer your riddles…
Let’s turn the tables
now we ask
and you break your silence..
we are still seeking answers to
umpteen unsolved
riddles and puzzles
that plague us since long
and which have pushed us
to the brink
while we are lost in the Labyrinth
trapped in the
mystic miasmatic maze
trying to figure our way out.