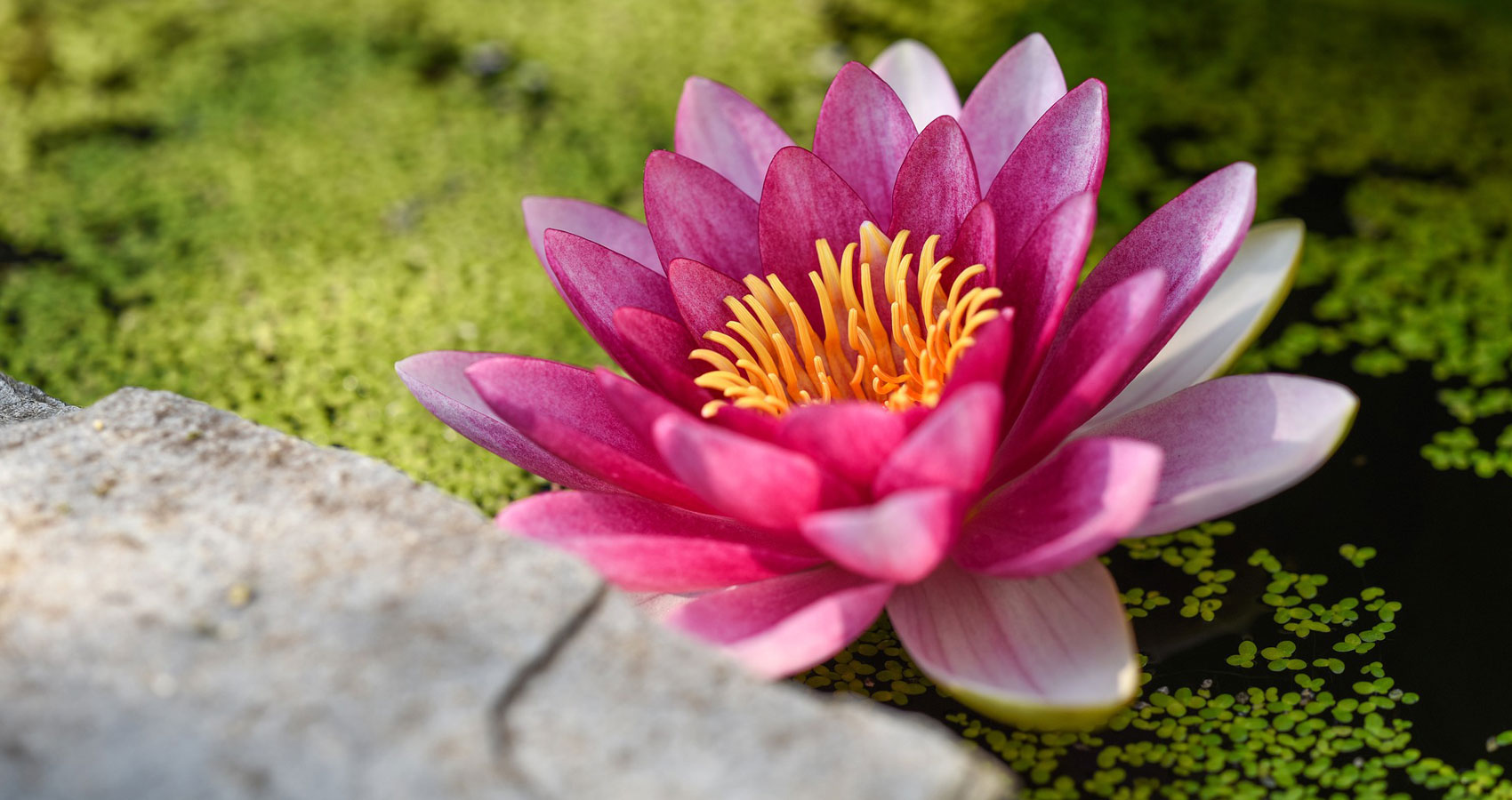 Upon a grand adventure
Skipping through the fields
Humming a gentle melody
The breeze a swirling chill.

Gazing at the sunset
Basking in its glow
Father brings me gently
To a thickened grove.

The trees were tall and mighty
Their roots peeked from the ground
Watching as I passed them
I jumped them round and round.

Then at the grove’s border
There came a lovely lake
Wider than the others
The shores were miles away.

To my surprise was nothing
No shortcuts and no routes
And Father whispered sweetly
“Be strong and cross it now.”

I whispered, “Lord it’s so vast
There is no way to cross.”
Then He replied, “I’ve ordered
Your steps now so just walk.”

Then appeared a water-lily
And Father said, “Now go
For I have commanded angels
This lily will surely hold.”

Then once I stepped upon it
Another appeared just right
And Father reminded me often
He’s faithful and so kind.

Before I even knew it
The water was left behind
And as I stepped onto the shore
This land He said was mine.

He said if I had not had faith
And thought the lily weak
I would never have seen His promise
That was waiting me to see.

He said, “Do now you realize
On water you did walk?”
I gave a smitten grin to Him
Thankful for our talk.

He said sometimes His children
Miss His given steps
Looking for the shortcuts
Instead of lilies that He’s left.

Shelly is a a lover of words. The Lord has seemed to have given her a heart that is pricked and stirred by words as He allows her to see them as messages to hearts in need. Her journey began in songwriting and mere ponderings of life penned from moments spent in deep valleys and beautiful mountaintops. Later came forth a gift of poetry that seemed hidden for some years and now fills her heart with delight and joy.

Shelly travels delivering poetic messages to hearts that are broken and in need of hope. It is her desire to be a ready scribe and a pen in the hand of the Lord.