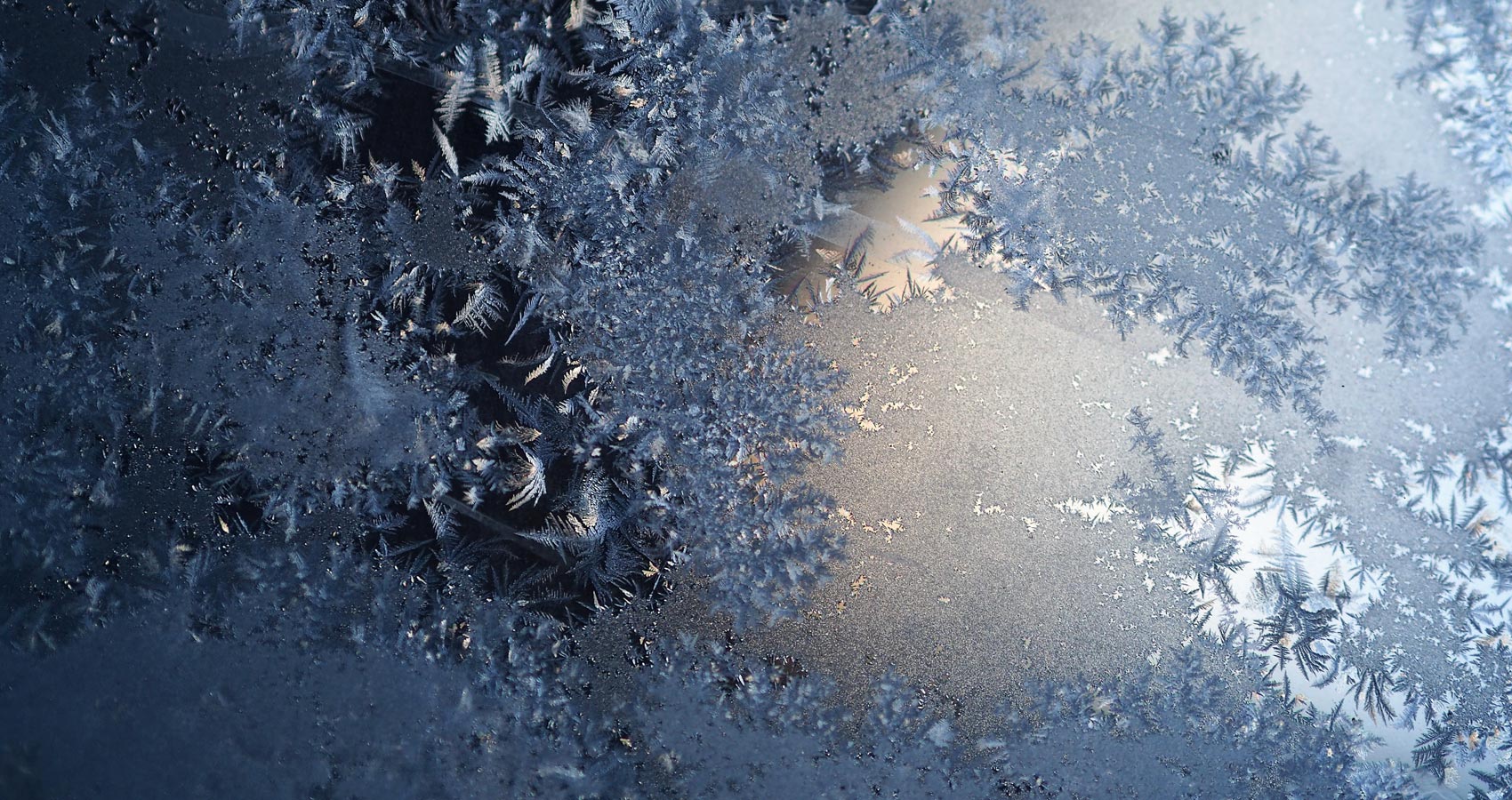 This Frost Upon Me

This Frost Upon Me

It begins at my fingertips, a whitening, like having your teeth polished and praying the intrusion is worth the vanity. But there is no vanity involved here, only bewilderment. I shake my hand, but the blizzard intensifies.
I once watched an ice form on my bedroom window on the coldest of January days. This, too, began not from the middle, an obvious place to start, but the edge, as though peeping from around a curtain, sneaky. The frost spiralled out slowly, at first, though growing more rapid by the minute until there was no longer a starry landscape of flickering, pinprick light, just an obscure transparency of indistinguishable nothingness. I shake my hand again, but the whiteness has slipped under my sleeve.
I strip off my jumper as I did that time I fell through broken ice. A shiver runs through me. I had played the part of the bigger, wiser brother, ushering my younger sibling aside under a pretense of adulthood not yet reached. The river looked solid enough, felt it, too. I didn’t make it out a yard. My brother had run away screaming to return minutes later with my mum, but I’d already hauled myself out. I’m not sure what was worse, the absolute chill or my embarrassment at her clutching me?
This same chill creeps over my right shoulder to nip at my neck and then ear. Perhaps the Snow Queen has taken a fancy to me? Perhaps not?
I always loved stories about the snow and ice, remote places, and remoter souls. There was something isolationist about them, and there was no greater isolationist than I. Having a cold heart does that to you, eases you aside into brilliant, white shadows.
I rip off my shirt, kick off my shoes, and then remove my trousers. The whiteness, now all curlicues of frosted feathers, almost tattoos my entire body.
A lesser person might panic as the freeze corrals my heart in a perfect circle of pigmented skin. But I am not a lesser person. I fear not the cold, not anymore.
“You’re heartless!”
I remember his words as though spoken yesterday.
“You’re dead inside!”
The insults flew, as did his fists, but the only thing that hurt was the truth: I was dead inside.
My dad died in an avalanche beneath Mont Blanc. “You can fend for yourself,” he’d snarled, as he dragged my mum and brother out of the door to a holiday neither wanted.
An unhappy policeman brought the unhappy news. He sat me down at the table we never used and gave his sombre appraisal. When he finished, I asked him if he’d like a cup of tea.
I am dead, like my father said, my body just hasn’t realised. It never did. It never will.
The glacier retreats until tomorrow.

We sometimes forget how the past influences our present, and often, how it would be better to.