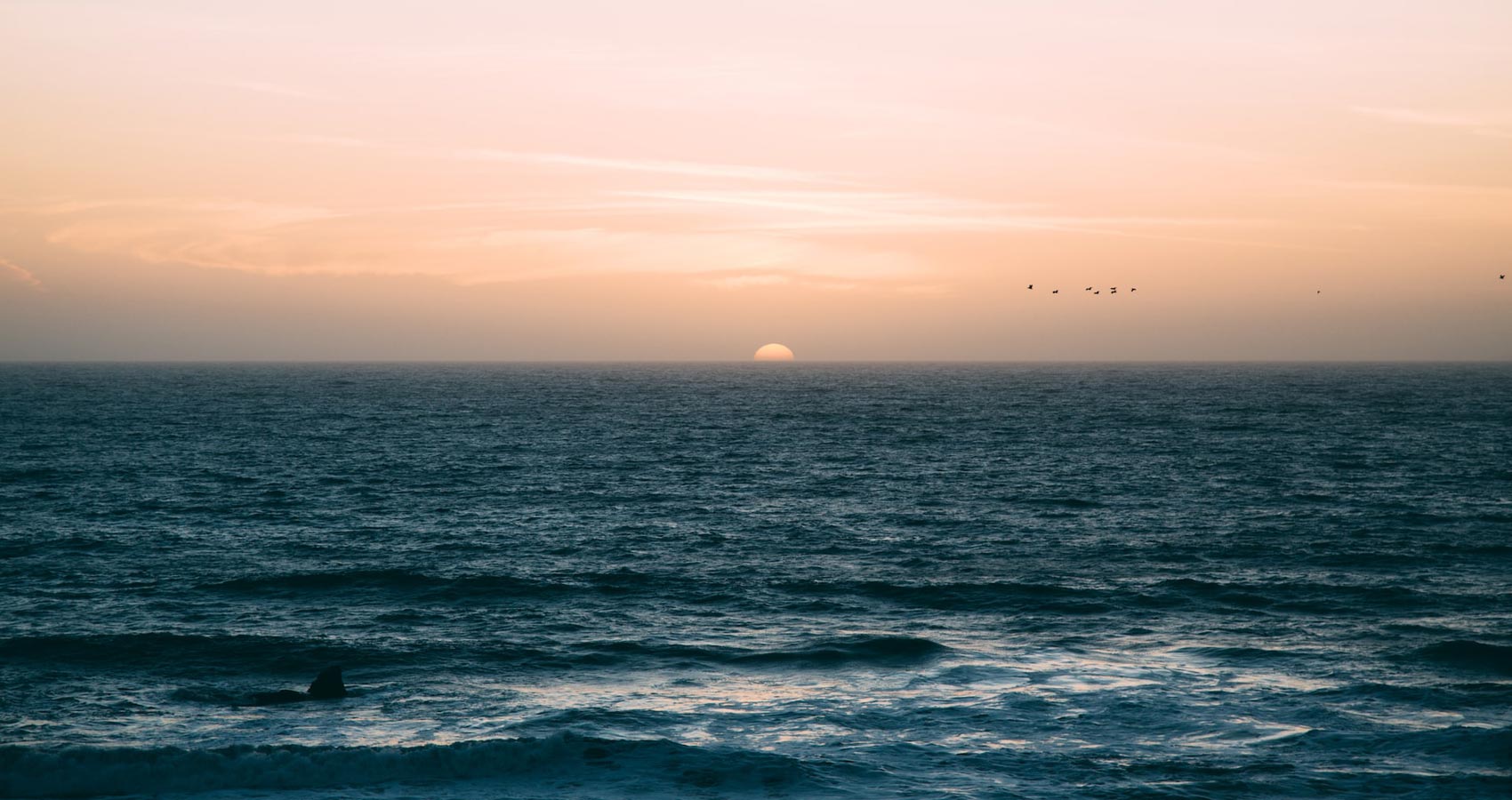 For Love of the Sea

Amazing grace of a February morning at twelve below:
Sea smoke marching across the bay like spirits to glory.

As if the sight of mighty surf weren’t enough to lift me
me up, its sound – abyssal, cloacal – dissolves my mind.

Bands of blue, orange, violet, red sliding from the west
across the gulf re-pink the granite on Schoodic’s shore.

The number of times I’ve sailed on the sea is wickedly
slim – another awkward instance of looking, not doing.

The immensity of what is seen and what stays obscure
makes me feel safe. A humble man won’t feel exposed.

For Love of Variance

A leaf blower’s hubbub makes sludge of the blood in the brain.
Mere thought of the hubbub of seagulls carries the slurry away.

I write alone, but gravely seek attention from someone, anyone.
I read alone, and the distinction between self and other dies out.

A talk with a man becomes tense after half an hour or so passes.
A talk with a woman might comfortably last three times as long.

Out on the wild deck, I wonder how being unmarried would feel.
I drive back to the city. The thought of her death slams my heart.

When I die, will I be heeding some call to go home to the Lord?
Or simply go shuffling off this mortal coil into an echo of orbit?

In the beginning was the word, the word was with God, the word
was God but God became human. Thus, we escape and embrace.

For Love of Money

In these days of tapping flashing crypto credit, we can keep
Andy, Alex, Abe, and George in safe, unspent, folded places.

I type the cost of, say, healthcare into my dream-scape spreadsheet.
Old PCs used to whirr portentously. Now they blaze with hope.

The energy of your body can light a hundred-watt bulb,
costing 3¢ on Eversource. See? You’re worth more than you thought.

Buying a BLT with dollar bills and change brings me joy.
For this one moment, my life does not depend on faith in screens.

You thought religion and politics were taboo? Imagine
the shock and horror if I asked you how much money you have.

Five times I’ve found paper money loose on the ground. Pettily,
I know how much and where – also many pennies. Shoot me now.

Jim Krosschell divides his life into three parts: growing up for 29 years, working in science publishing for 29 years, and now writing in Northport, ME and Newton, MA. His work is widely published in some 60 journals. In 2017 Green Writers Press published his essay collection called One Man’s Maine, which won a Maine Literary Award. His book Owls Head Revisited was published in 2015 by North Country Press.