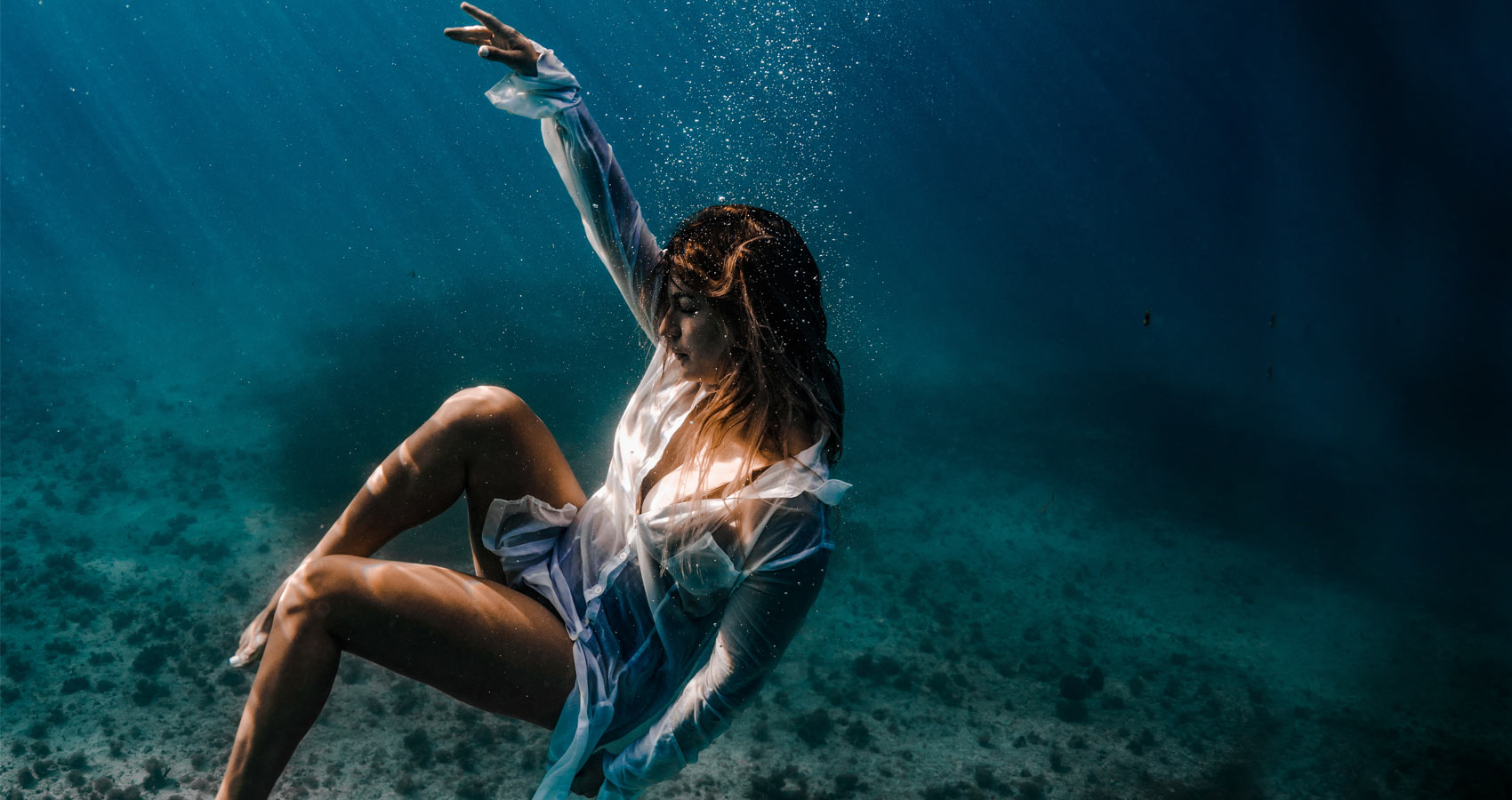 Till Death Do Us Part

Till Death Do Us Part

I tested the water, gingerly skimming the surface with my big toe. It was a delicate balancing act to stay upright, one foot held aloft ready to flee at the first sign of trouble just past the break, or ready to step down into a gentle tidal pool. It was an exercise in trust. Trust in the sea—my fickle friend. Placid waters could be deceiving.

Would the sea betray my trust? We’d always been so close, the sea and I. We shared memories of midnight swims. The sea kissing and cradling my bare skin as I sought tranquility. I trusted the sea to give me what I longed for, a place to rest. I submerged into a roiling turmoil hidden just beneath the surface. The sea pulled me down. Held me under. It was beautiful to let someone else decide my fate.

I felt happy, then confused as the reality came crashing down, smothering my senses. I was drowning. A gentle swirl—two waves kissing then mingling as the two became one—transformed into an angry undertow. The two covertly clashing like the mighty Titans. My life flashed before my eyes. We’ve heard about that happening, one’s life flashing before one’s eyes, just before a life altering accident. Floating as if in a dream, I saw a vision of my wedding day, standing at the altar in Mama’s wedding dress as we repeated vows to be faithful: I take thee to be my wedded husband, to have and to hold from this day forward, for better, for worse, for richer, for poorer, in sickness and in health, to love and to cherish, till death do us part, according to God’s holy ordinance; and thereto I pledge thee my faith. Two becoming as one. It was a farce. I was as lonely as I’d ever been; but the Lord works in mysterious ways.

With arms open wide, I welcomed a gentle death. They say drowning, after the initial panic of it all, is akin to sleeping. You take in that gulp of water and relax into it. It would feel like heaven, in a way, to let it all go. The sleepless nights. The loneliness. The exhaustion. Is it giving up to not fight with all one’s might to break the surface? To not struggle to launch out of the depths, gasping for breath, releasing the saltiness of it all? My eyes fixated on a ray of light as the sea called me home.

This micro-fiction was inspired by the author’s near-drowning experience in the Pacific Ocean.