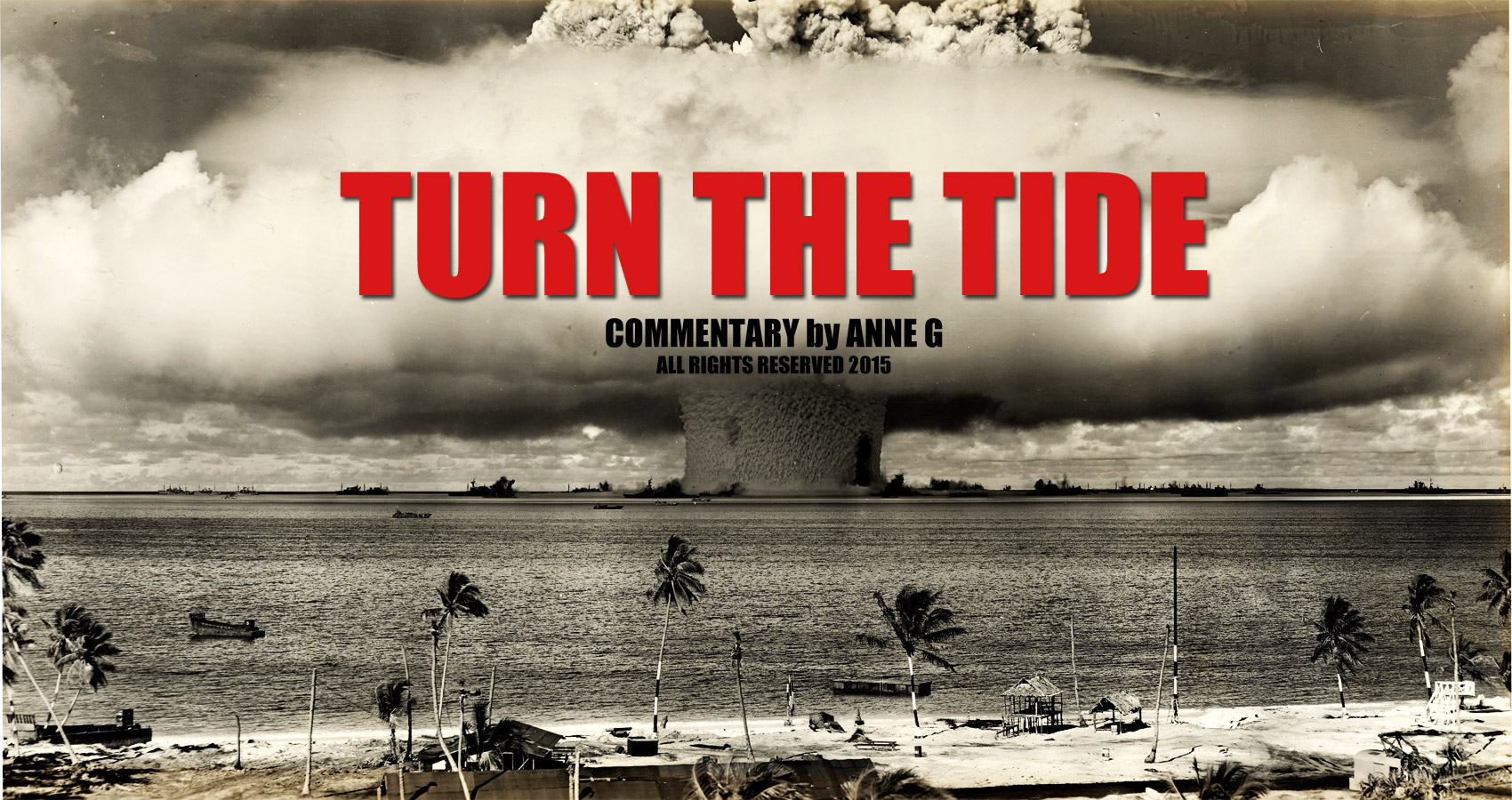 We are on the edge of the precipice of annihilation and what awaits us below are the spears of death and the point of no return.

A reign of blood has been unleashed by upon humanity by terrorist factions, heads of states and extremists worldwide. Massive migrations, chemical warfare, beheadings, abductions and wholesale murder have increased exponentially. Sovereign nation countries are being invaded and annexed. Genocide and extermination are a reality. The United Nations Security Council and NATO have been unable or perhaps unwilling, to stop the bloodshed and suffering of the vulnerable and innocent unable to escape these killing fields.

We must turn the tide!

It will be up to us, the citizens of the planet, to avert this impending catastrophe. It is evident that our leaders and politicians have become involved in a deadly power struggle that can only end in the destruction and devastation of our homelands. We are the pawns in this mortal game of cat and mouse and will ultimately be the losers.

If you listen closely you can hear the rumbling sounds of weapons of mass destruction straining to let loose. Peace is tenuous; a global war seems probable, and the outcome, unimaginable.

…On Poetry and Fiction Just “One Word” Away (“Insanity”)

Coming Up From The Dead