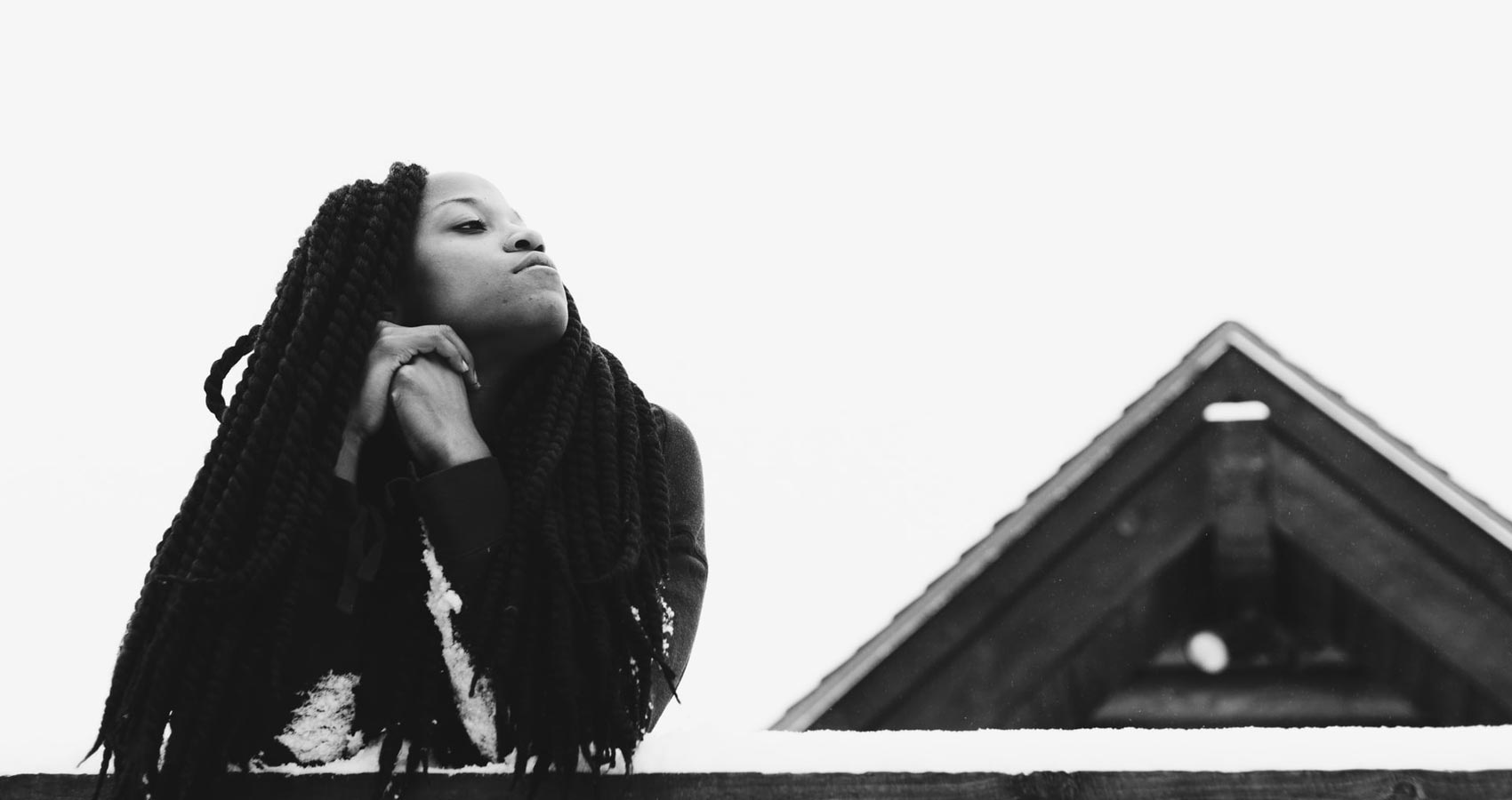 All was dark and quiet
Except the sound of rustling farm leaves
As the wind breathed in the night
The sight of the deserted, dirty, dark footpath
And shadowy trees filled her with fear.

‘Just a few metres more
and I will be home,’ so she thought
In childish hope, and all the while
Treading with trepidation
Alas! If wishes were swift horses.

Just then, came a husky voice
Forcing her to stop on her tracks and
Like snarling lions and hungry beasts were
Three hoodlums who jumped out of the woods
To grab her innocence.

As a sheep before the slaughter
Did she lay helpless on the dust
Legs held wide open and hands bound
As they took their turns in
Bruising and tearing her virgin soul.

Stricken by terror
Enveloped by horror
Did she get up, yet a different person
Her confidence gone, her virtue stolen,
She would never be the same again.

Her heart filled with rage for manhood,
Depression and anguish, her new room mates
Dark and painful memories, screaming for recognition
From extrovert to introvert to complete withdrawal
What a steep price to pay.

Her courage for mirror talk
Grit to face the fearful past and let go
Turn her mess into a message
Like a phoenix, does she rise from the ashes
To become all that she desires to be.

Dedicated to all those women who have experienced the horror of rape.

Rahael Ngoh Manang is a passionate freelance writer and editor, with a flair for storytelling and a good sense of humour. She has been writing professionally since 2007 where she worked as Consultant Editor for Plan Cameroon, Consultant Editor for Among Youths magazine and most recently, Editor-in- Chief at Inside Consulting. Rahael is former talk show host of Family show at Eliphal TV, Yaounde. She is the author of Laugh out your lungs, How to handle emotional setbacks of broken engagements, The power of laughter, and co-author of The tales of four women. Tell me no more is her short fictional story on widowhood in Africa. She is also a poet and playwright. She believes that she can bring change to her community through the power of written words.