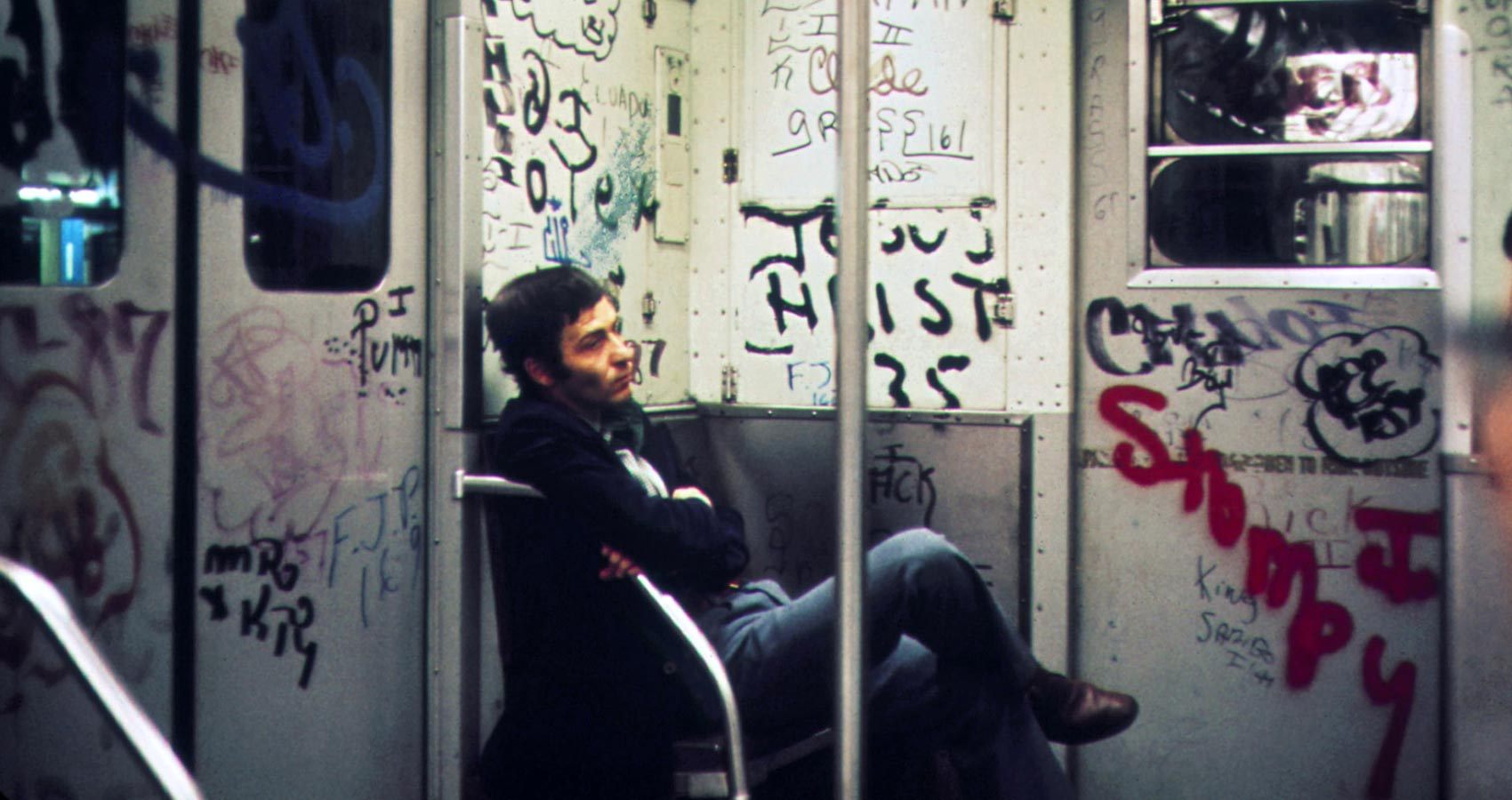 In the rain, everything was different: thinned out dive bars and traffic-snarled streets. No sign, even, of a single mascara’d hooker. No one worked for four bucks an hour anymore and he wondered where all the tough guys had gone. Maybe that’s what he’d come for; Danger. In all of its coy disguises; a lit match to a cigarette; sweat-stained mattresses in cheap hotels and punks with switchblade knives. Dead bodies rolled up in carpets, dumped in vacant lots (the precinct cops would find them). He kept going; white-wall tires; President street and then Carroll; Amboy Dukes in black leather jackets, zip guns, egg creams and phone booths in late-night candy stores but it was no use, it was all gone. No one played the number anymore; no one even knew what it meant. Nobody’d pulled an aerial off a car fender and whipped someone’s ass across the street with it; no; they didn’t know. The subway entrance at Eastern Parkway yawned. On the platform the tracks clicked; newsprint flew and the metal wheels screamed as a Manhattan-bound 2 train blew the heat out in a roar and the motorman grinned from his cab and he woke up.

He woke up in a dump with a 1970s kitchen and a bathroom off the hall; the toilet ran. His girlfriend’s chihuahua yapped like a son-of-a-bitch and when he got tired of hearing it he took the dog outside for a walk. Some teenagers hung around on the corner and one late night they were yelling and running up to a No Parking sign, jumping and slapping their palms against it. He walked over towards them as one of the contestants mid-flight yelled ‘geronimo’ and slammed his hand against the metal sign and came down laughing and as he landed Morrie approached from the curb.

“Hey asshole!”, he said with a clarity and authority that made even the Puerto Ricans on the stoop take notice.
The kid certainly noticed.
“Who ya talkin to,” the kid said.
“You” Morrie said pointedly, and squared up across from him. “You”, he repeated. “I’m talkin to you. I’m telling YOU, what’s happening”.
The kid tried to generate support.
“Maybe you didn’t notice, mister”, he said, “but there’s like five or six of us, and there’s only one of you”.
Morrie pointed across the street.
“You see that building,” he said, “it’s a shithole but I live there. On the 2nd floor. And I like to sleep. You fucks keep this shit up, I’m coming back down. And when I do, I’m gonna take your head and crack it open here on the fuckin’ sidewalk, unnerstand?”
The kid swallowed. No one said anything. Morrie crossed the street, went upstairs.
He wondered what his life was coming to. Whatever it was didn’t seem fair.

Some cops liked to retire upstate; Catskills, Hudson Valley; or in Florida. He had a two-bedroom walk-up on the Lower East Side he could no longer afford and a snub-nose Smith & Wesson he wore on his ankle. Illegal as hell now but he didn’t care: he felt naked without it. Yet luckier than some, like the ones with mussed-up hair in shabby clothes; who stood with the shakes outside padlocked bars at 9AM like vampires caught out in broad daylight; waiting for the owner to show up (They would mostly drink their days away).

When he first retired he shaved daily with a razor and a can of Rise on the sink, his girlfriend’s purple box of Kotex on the floor; because she hadn’t stopped yet (he’d told her 10 times not to leave it out where he could see it). He took walks in the morning, stopped in here and there, bought bagels, the Daily News, packs of Merits. A few times a year he’d receive a card or letter from someone he’d known on the force. They sent photos: grand-children, fishing trips, cruises they’d gone on with their fat wives. Morrie never left the city; he watched the Mets on TV; he’d never been on a cruise.

Anyway the letters had stopped coming years ago; he’d never written anyone back.