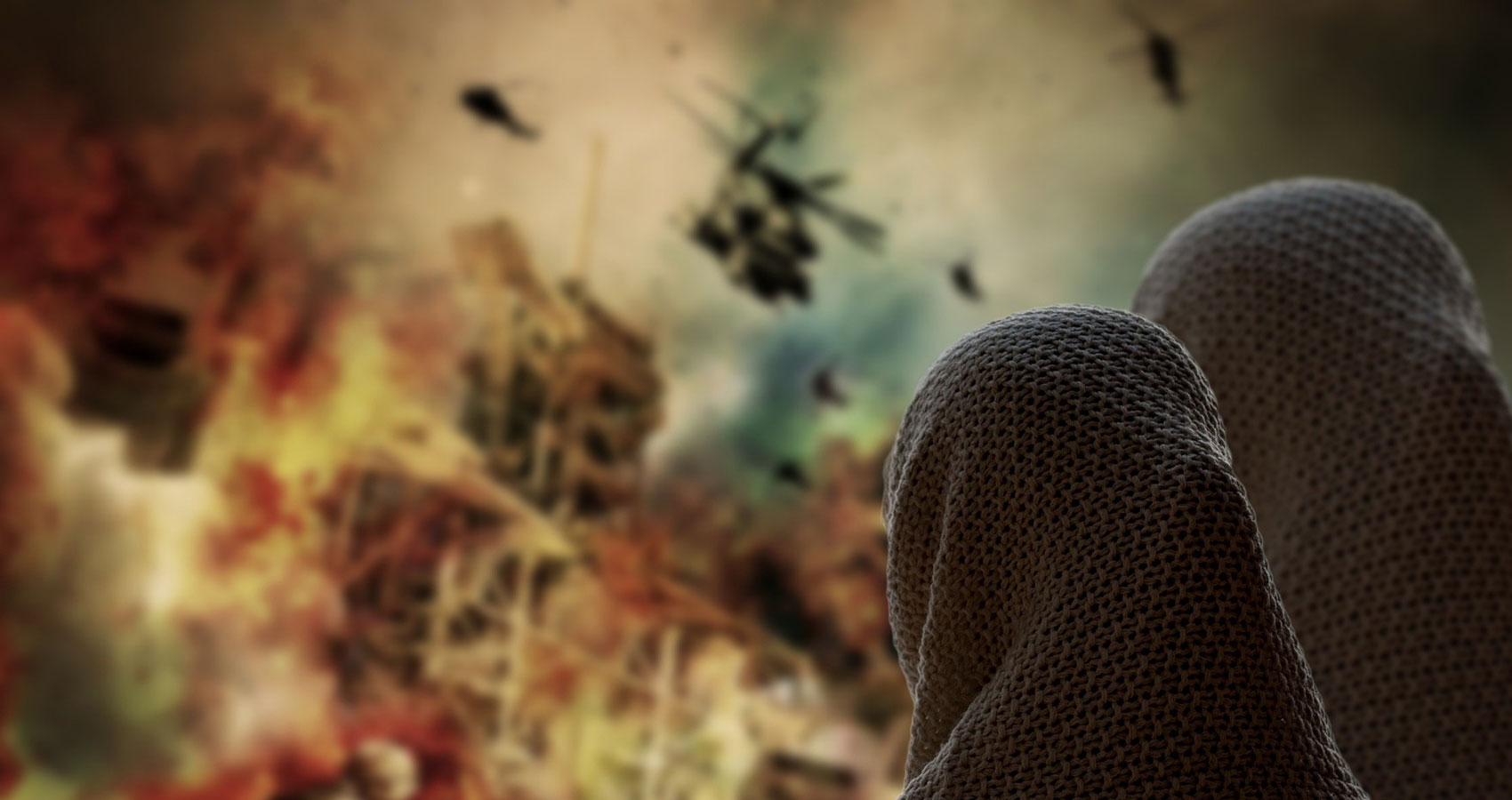 Moon shone a light upon the silence
Of a countryside night like many others,
People cuddling their beloveds under
The shelter of welcoming cosy abodes.

Seated on a comfortable handmade sofa
Creation of her father a little eight year old
Heeds the anchorman’s tone as he presents
His fellow reporter leaving him the floor.

Using the blue tartan rug as a shield before
Her eyes the squinting child innocently asked
Her mother, ‘Where is this happening, mummy?’
‘In a country named Syria.’ replied the loving woman

Dreading where the conversation might take
Them yet unwilling to hide the truth from her
Daughter. ‘Do they kill each other for real?’
Questioned the girl as she usually did when

Watching people die in movies. ‘Yes, my love.’
Answered the adult ashamed to confess
The atrocities of which mankind is capable.
The girl went quiet and reflected for a couple

Of minutes more. ‘Does the war take place also
at night?’ she finally enquired. Endeared and surprised
By the bizarre question the mother reluctantly explained,
‘Yes, my dear, it never stops.’ With a sad look

On her face the girl went quiet for the rest
Of the night motionless on the edge. She usually went
In the arms of one of her parents after the news.
This time she did not.