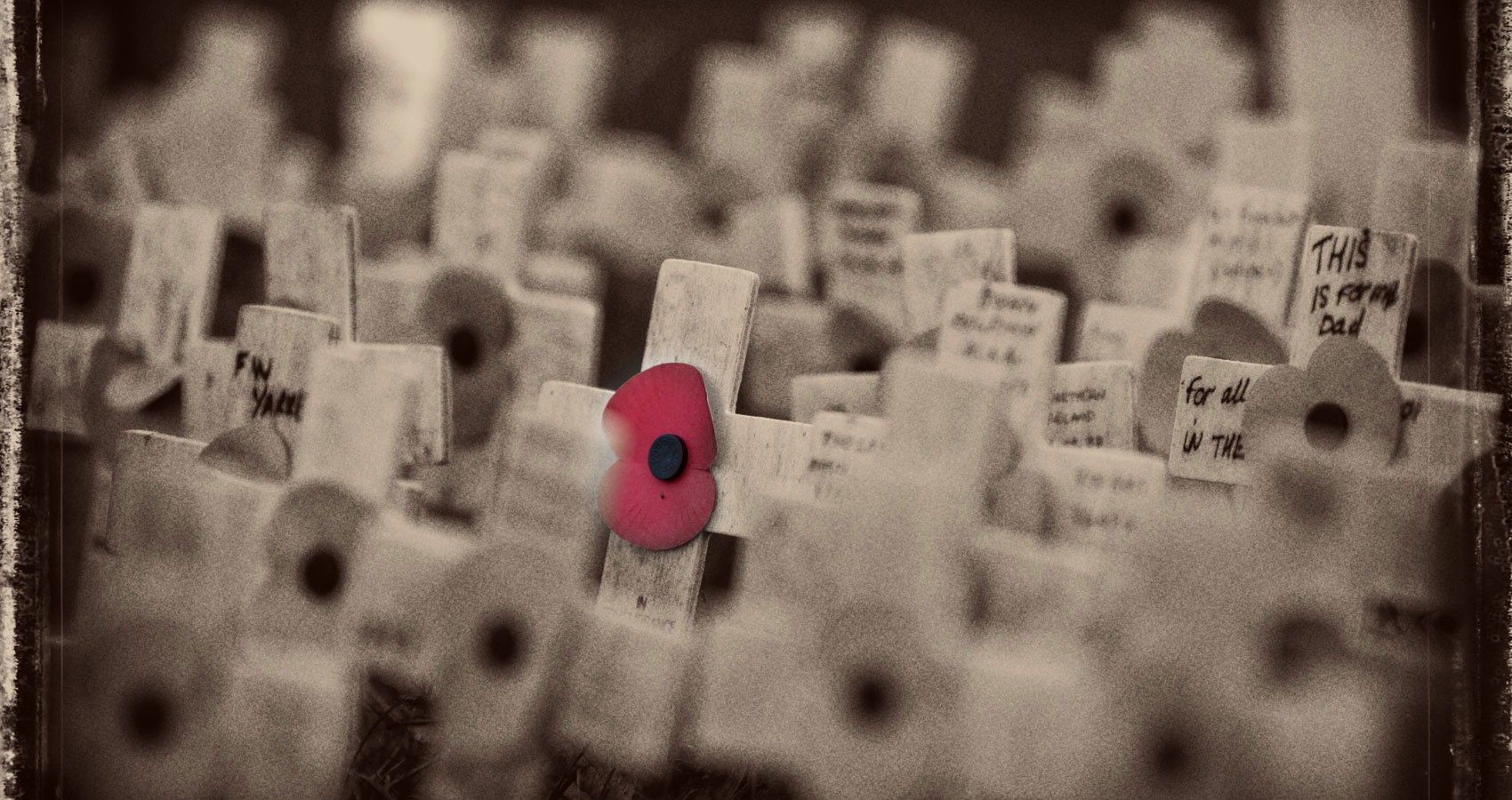 In the same bloody mud… lost last March,
march scared witless, wilting privates,
shell-shocked,
soiled and scarred.
Bayonets, keen as mustard smog, up to dank knees in putrid bogs,
silhouetted phantoms, the eternal guard.
‘Fall out!’
Ruby lipped Mademoiselles wait
to bathe the privates’ soiled privates…
Not today…
Today the RSM’s bark booms orders through the fog –
‘Fall in!’
Must go again… the whistle peeps
and again
and again
to gain that yard…
No captain to lead, his voice-box withered, charred…
by bomb shard lead.
He fell dead
on steep clay,
last sneering words…
‘Tosh to the Bosch!’
Now moulded
in the same bloody mud they lost that March.