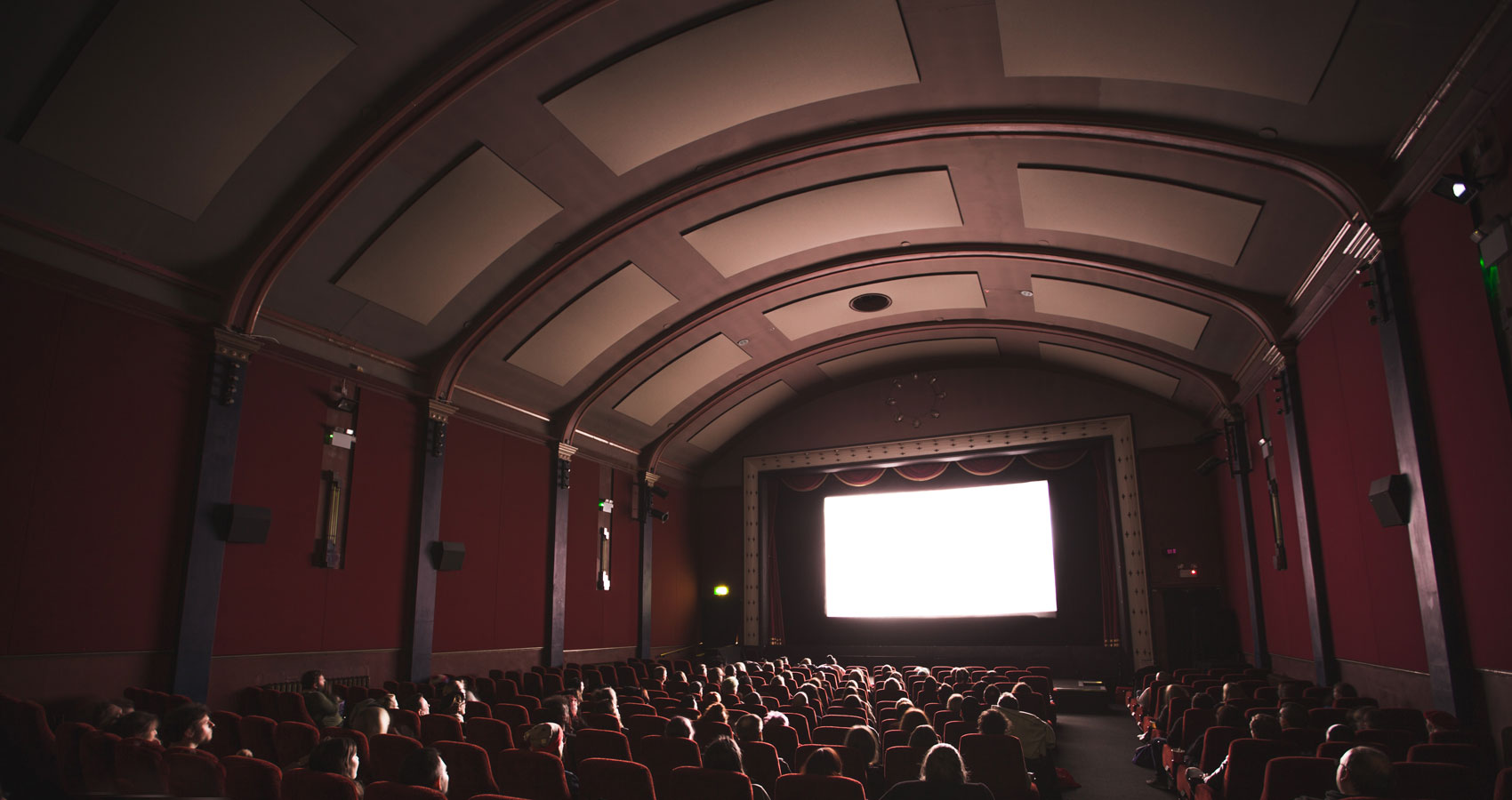 Duke woke up in a theatre feeling a bit out of it. He could tell that he had a lot to drink. That must be the reason for his disorientation.

He did remember much of the movie, the scariest horror movie he had ever seen. That seemed unusual in and of itself. By long habit, he went to bars after work and drank until the late hours and went home. There was no time for anything but work, drink and sleep. His social life consisted of finding hookers at the dive bars he frequented. He smiled to himself, thinking that what he loved doing would seem so wrong to the do-gooders. Hey, it was his life, he didn’t need to justify himself to anyone. Screw his family that didn’t talk to him anymore, he didn’t need them.

He was a bit confused about the movie, so he found an usher who wasn’t doing anything for some clarification. It was difficult to focus, but the usher’s tag said Lu something.

“Sure, I’ve got unlimited time.”

“That was a great movie, but there didn’t seem to be any continuity. All I got was a bunch of torture scenes. There was the guy being sliced with a razor, the woman with the hair on fire, a lot painful sex stuff I don’t even know the name for, but nothing in between. I didn’t recognize any of the actors and I don’t remember the credits being run. For that matter, I don’t remember the title.”

“You sound quite confused. Has it occurred to you to look at the other viewers?”

“Now that you mention it, that is the most messed up bunch I’ve ever seen. I don’t know how they are even alive. That otherwise dynamite woman has intestines hanging out and the tall guy in a vest has half of his head gone. Something crazy is going on here.”

“Duke, you made a lot of mistakes, including where you are and who I am. Try to think back to what happened before you got here.”

“OK, I was at Joey’s drinking as usual, maybe more than usual. I just got passed over for a promotion that went to that snot-nosed punk Bill. ‘You’re just not reliable Duke, we can’t count on you. We never know when you’ll come in sober.’ Bunch of overeducated morons. I deserved to blow off a little steam after that crap. Josie, the resident hooker, was open to a cash offer, so off we went. Next thing I remember here I am. Hold it, how do you know my name is Duke and how did I get here, Lu?”

“Duke, this is really simple. You ran head on into a van carrying a family of five at sixty miles per hour. You, Josie and the whole family are dead. My full name is Lucifer, and the film that you just saw is our orientation feature ‘Welcome to Hell’”.

“So that isn’t blood pooling around your feet?”