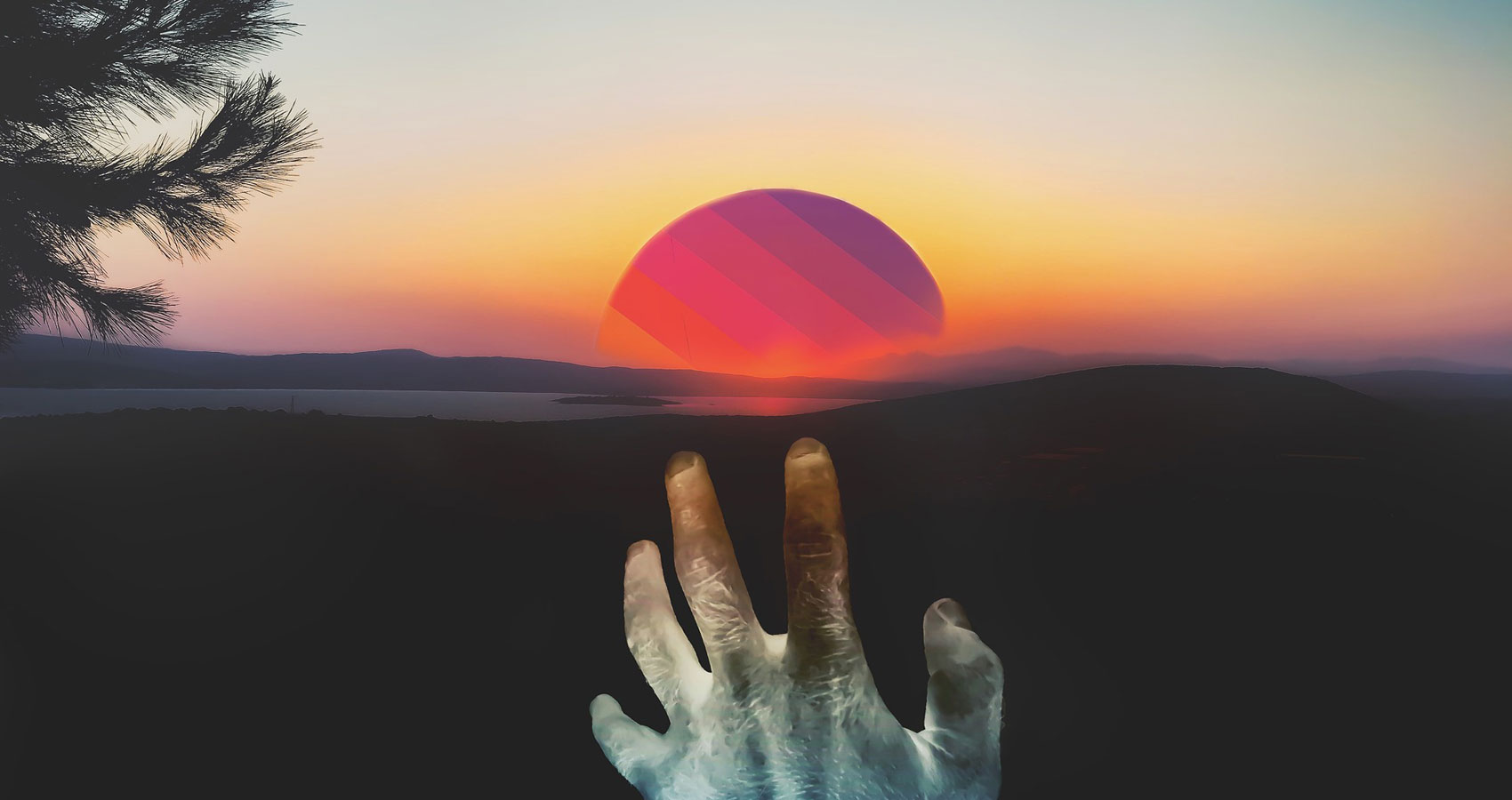 When Death Fell In Love With The Life!

When Death Fell In Love With The Life!

Living in the darkness, never seen a ray of light
There was someone always hiding behind something.
No one wanted to visit him because there was no home,
Just a broken, barren world full of sorrows and sadness.
Love and care were not meant for him,
His happiness was other’s grief, this was the Life of Death!

One day someone knocked on the door,
Stunned, shocked and happy at same time, he could not believe someone was at his door!
Rushed to the door, fell on the ground and blood came out of his hand.
As the door opened, Life came in and held his hand!
Death was amazed as he did not know who she was.
She took his hand and caressed it slowly, his pain vanished.
He looked at her with tears in his eyes, unable to speak, Life helped Death stand up!

She told him that her name is Life and a part of her lives inside everyone, even him.
That’s how Death met Life and their story began.
They started talking and meeting secretly
The fragrance of their bond was blooming.
She taught him how to smile and most importantly how to live!
He forgot everything else, he forgot what his existence means.
What was never meant to be had already happen, Death was in love.
Yes, Death was in love with the Life!

One day while she was telling him about love and togetherness,
There arrived someone, who is feared by all, even by Life and Death.
He was, he was Pain.
His names were many like tragedy, agony and what not.
The lovers could not fight him, he overpowered them
He sucked the Life out of Death and gave Death to Life!

And then Pain said to Death, “this is your job and this is how you should do it”.
Holding Life’s hand, Death was sobbing and could not believe that his love was no more.
Soaked in grief and desperate for revenge, he again tried fighting pain but could not defeat him.
That’s when Death cursed him, “Whenever people reach their height of tolerance for pain,
I shall come as a savior and take them away with myself! I shall bring an end to the pain of these humans. I may stand defeated for now but for the rest of the time I’ll always win. You may have separated me from my love for now but remember there will always be Death after Life and Life after Death!
And that’s how it all began.

Look beyond the curtains, the real world starts from there only.
Don’t fall into worldly delusions, find what you seek.

I am 23 years old, IT professional struggling to find my place in this big world.
I love to write. Though I don't really share it. This is the first platform where I am sharing my write-ups. Writing is rare and it should be preserved at all cost!