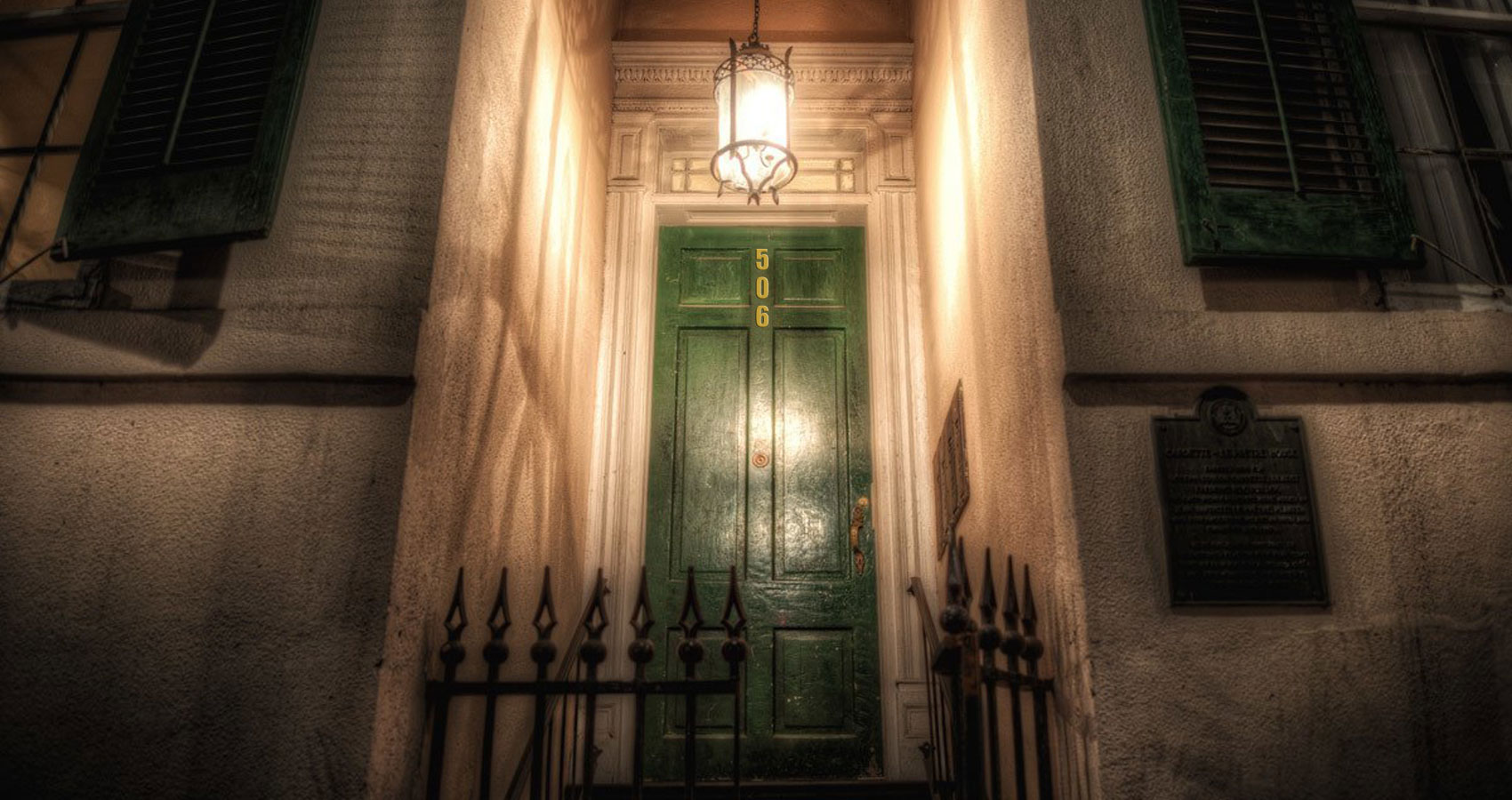 As a child I lived in a house that was over 100 years old in Brusly, Louisiana. It was an old gnarly mustard yellow house with a wrap around flat gray wood porch, an ugly old thing. It was also raised off the ground about three feet; perfect for a kid to get under there and crawl around. I used to find skeleton keys and old blue glass bottles with skull and crossbones on them that had “POISON” etched into the glass. I’d also find human teeth, and lots of random kinds of bones.

Strange things would always happen throughout the house not only at night, but also during the day. Dishes would come off the shelves and crash to the floor. The toilet would flush on it’s own. Random electronics would turn on and off. My little brother even flew off the living room couch while taking a nap one day, woke up, looked at my mother and I, and said “The ghost did it” as if he was dreaming of the entity. But it was always chalked up to some weird explanation.

Our back toy room was the worst for poltergeist activity. Things would be thrown across the room or just slightly move on their own sometimes. Once my brother and I were arguing over a toy semi-truck, and it came out of our hands, hovered for a moment, then flew hard against the wall making a hole. We got in trouble for it too, even though we swore our innocence. Another time our mother told us to go clean the room before we went outside, which we did. We put all the toys in the toy box, and put everything else where it belonged. We then went to tell her about it so she could check our work before we could go out to play. When she opened the door to the room everything was worse than it was before we cleaned it! Once again, we got in trouble for something we did not do. It wasn’t until our parents started experiencing strange things after some months into our stay there that they started to believe us. They would entertain the notion of having a ghost in the house just to entertain themselves by keeping us creeped out, but they sure believed us eventually. We’ll get into that later.

The worst room for the physical phenomena and noises was our bedroom. I was terrified to go to sleep at night. It would always start RIGHT after my parents would put us in bed and leave the room. Most of the time it was footsteps we could hear coming from the attic. They would slowly go around our ceiling until stopping above our bed. Other times it would be loud raps on the wall or window. The worst was when it would get physical in nature. That only happened to me late at night after my little brother would fall asleep. It was the same every time. I would feel something at the edge of the bed, like it was standing above me. Then, being so scared, I’d hold the covers over my head because I knew what was about to happen. What seemed to be hands would start at my feet, slowly move all the way up to my face, then back down. Over and over, repeating the motion. I would lay there trying to scream, but I was so scared it took what seemed like an eternity to gather the courage to belt out any kind of sound. The door would fly open, my parents would storm in turning on the light, and it would immediately stop. They would find me shaking in fear under the blanket.

There were only a handful of times that I actually saw the ghost. I would see ghostly feet under door cracks, or catch a glimpse of a passing figure in the corner of my eye, but the one time that I actually saw it is burnt into my memory as the most terrifying. All of the rooms in the house were connected to each other by a door, which each skeleton key I found under the house went to by the way, so you could literally go around the whole house through every room in a big circle. My brother and I used to run around chasing each other through the rooms, and one day my parents’ closet door was ajar. As my brother ran through I was close behind and I caught a glimpse of a face peering from within the hanging clothes. It was the horribly twisted face of an extremely evil looking old woman, and I did NOT stop to investigate.

After a few months or so went by my parents started to experience things. My mother would be woken up in the middle of the night to the sound of my father speaking in strange tongues. I remember one time my mother decided she wanted a pet bird, a little blue parakeet with a green head…it lasted one night in that house. We woke up to find it’s neck broke the morning after bringing it home. For some reason local stray dogs and cats started to wander under the house to die as well. My father was always having to pull them out because they would get to stinking so bad. They even started to see and hear things that my brother and I had been all along. I guess it’s true that children are more acceptable to the spirit world. We all eventually got used to the notion of the house being haunted, and actually stayed there for a number of years. As my brother and I got older the strange occurrences became less frequent, but they never fully stopped. After we moved out my parents talked to the landlord and found out that an old lady that owned the house before they bought it died in our back toy room. They also said that she was suspected in the disappearance of some children in the area back in the early 1900’s. I think that explains the teeth, poison bottles, and bones I used to find under the house.

NOTE FROM THE AUTHOR:
I thought this story was fitting since it’s almost Halloween. It’s also a true story from my childhood.

James D. Casey IV is the author of seven full-length collections of poetry, founder and editor-in-chief of Cajun Mutt Press, and extensively published online and in print by small press venues and literary magazines internationally. He is a southern poet with roots in Louisiana & Mississippi, currently residing in Illinois with his Beautiful Muse, their idiot dog, and two black magick cats.