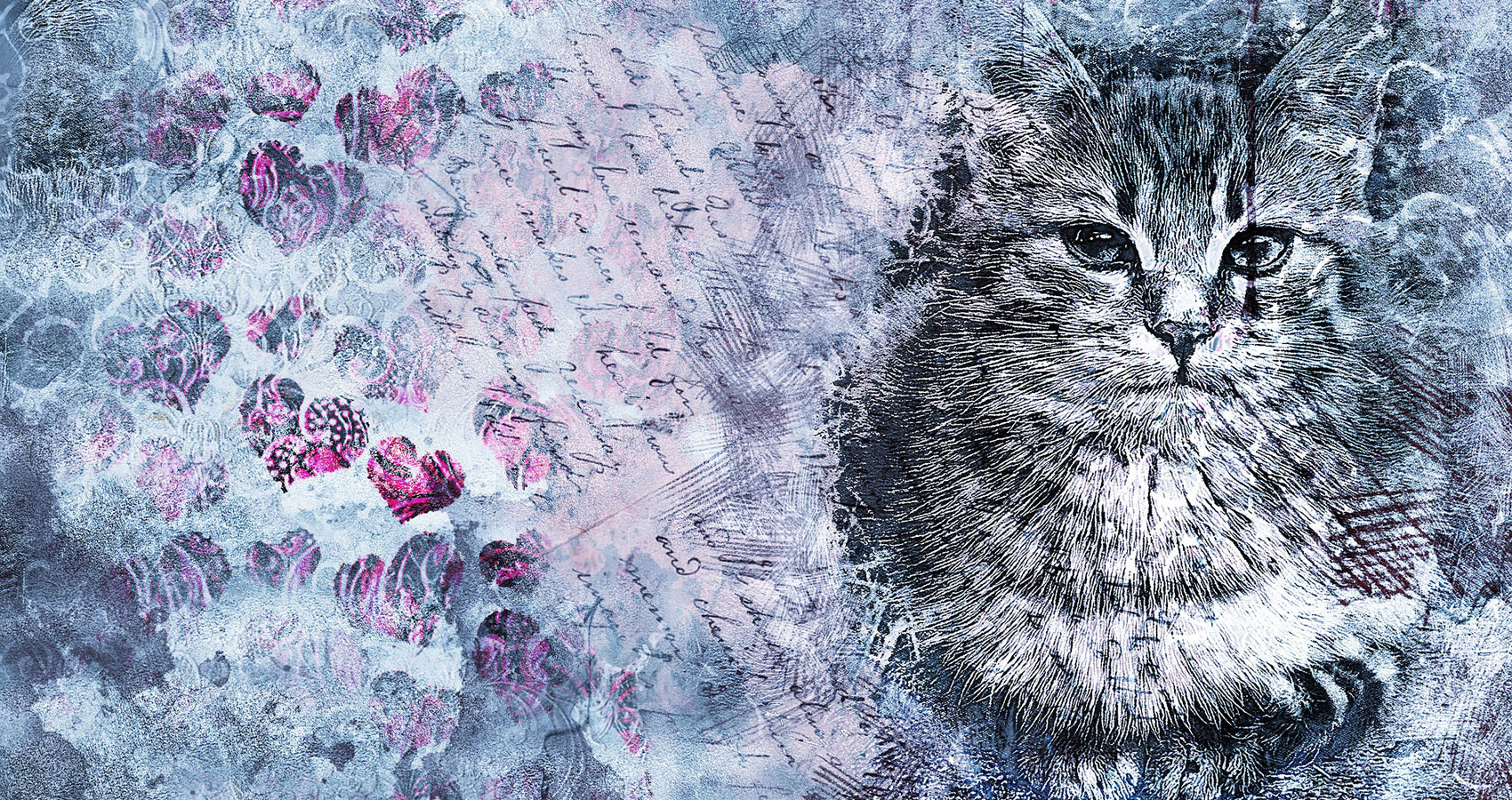 A Cat With Two Hearts

A Cat With Two Hearts

After the class on Murakami that day when I walked out, I saw a furry grey cat in the hallway. Avoiding the sultry sun, it was sitting in a shady corner and lazily wiping its face with its little grey claws. I knew the cat from the moment I looked at it and I knew that it was sitting there only to wait for me. I knew that it was Kino’s cat. Do you remember Kino? – one among the men without women, the one who had no one but a cat.

The impressions of his hands were still there on its back, glittering like an afternoon sky with clouds, replicating the movement of his hands when they must have caressed its body. Now it was my turn to find my lost self while caressing her, I just had to follow the impressions.

Unlike him I could fathom the meaning of the cat’s visit and how its presence was capable of putting things in order like we stack expensive ceramic on clean shelves. The cat had two hearts (Kino couldn’t notice this) one for itself and one for the people who lost theirs to the world. When people get cheated or their loved ones die they either emote in acknowledgement of it or build a wall out of air which in no time gets solidified and they end up trapping themselves where they lose the ability of making a choice, whether to open the door or to cover their ears in response to the knock from outside.

When my sister died I didn’t cry for her. My tears, every drop of them froze in my eyes and a long rope of ice blocked every nerve in my body that could have let out my emotions. I, like Kino, moved on in my life-like nothing ever happened and thus, lost my heart. But now the cat was there to lend me hers till the time I find mine again.

The cat that day gave me an afternoon that was warm enough to melt the ice in my nerves. Covering my ears felt a stupid and the least likely of choices. I after a very long time pondered over the possibility of getting up from the bed to finally open the door. I don’t remember exactly whether I opened the door or window or nothing but I certainly remember of breathing the air with which I built the wall some years ago. I certainly remember the wall deconstructing in front of me and I devouring its constituents. I remember walking on the red paths that felt, would get me my heart back.

Thank you, Kino for sharing your cat with me. I know you waited for it and still do but it is a cat with two hearts and there are many in the world who haven’t even got one.

‘A cat with two hearts’ is a short fictional reflection on a short story, ‘Kino’ by Haruki Murakami from his short story collection Men Without Women. It deals with the need of comfort/coping mechanism in life and its eventual discovery by the narrator.

A nocturnal old-teen with Polaroids as eyes that relentlessly shred the Real in discards for the full view of Magic. No qualms in replacing life with theatre, nods with conversations, and humans with...well anything but humans.