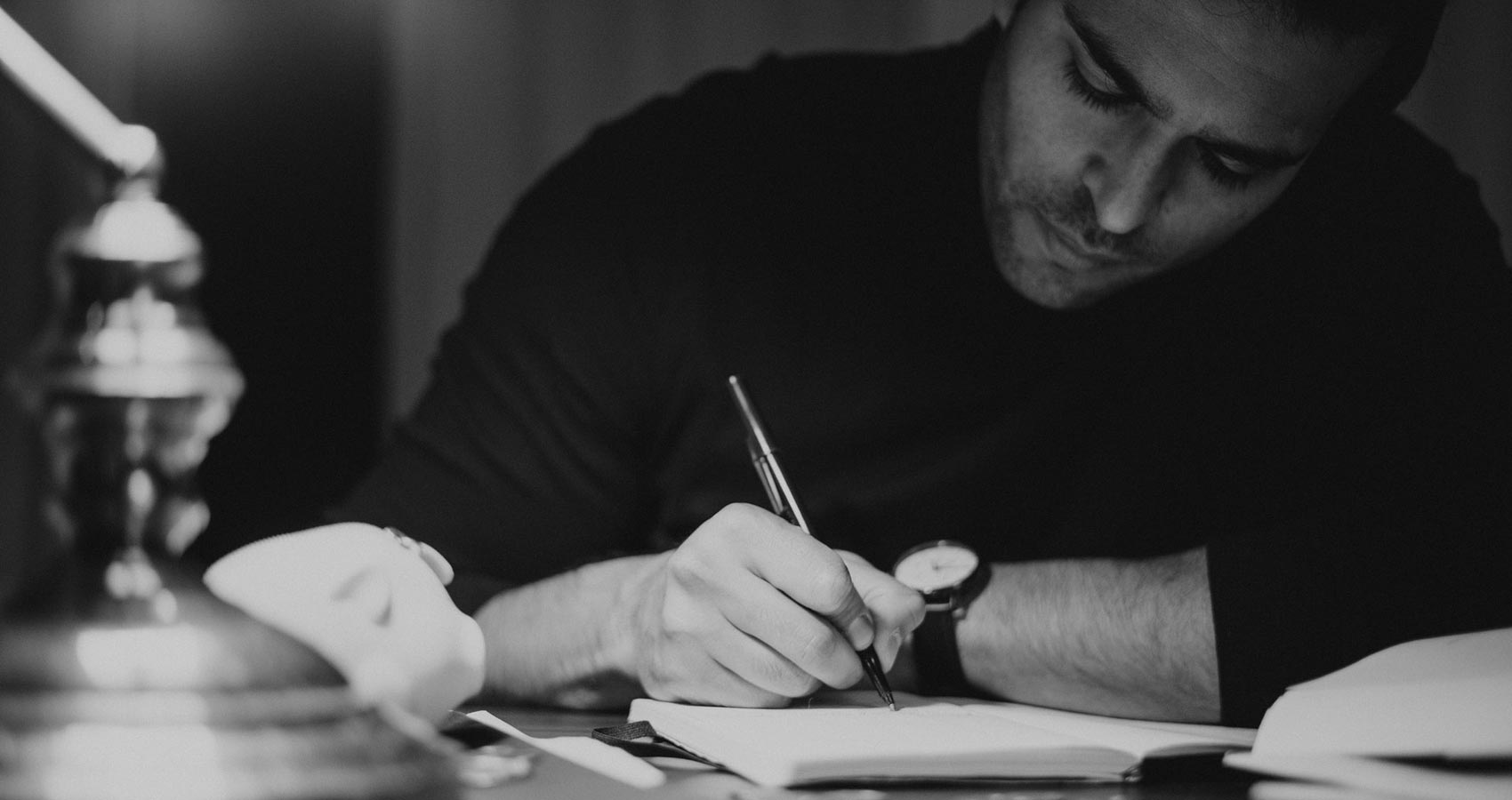 A Dark Flash of Nothing

A Dark Flash of Nothing

Tossing aside form and meter for a change of pace,
I decided it was time to try what I’ve dreaded:
free verse. Adding spurious
line breaks, sordid
punctuation,
chunks of metaphor which heretofore
were never used, general confusion and
abusion of words to help obfuscate all
etymological origins by using confusing and
sesquipedalian words for their garrulous effusiveness,
adding indelible malapropisms here and there
to mimic a narrator’s gangsterous genius,
then, for final effect and good measure …
the occasional … caesure
(the narrator of choice having a Shatneresque voice).

But never the dreaded ampersand in place of an “and”
and no indents which make no sense.

However, I wanted to make the story a bit noirier
(and though I’ll never be any the sorrier for
using that word, I shot the muse who plied the ruse,
trying to confuse the storyline I’d use, even
if she was, after all, only a messenger bird)
by adding a thug with a grotesque mug;
a bullet-riddled enigma wrapped in a rug;
a frail with a wail who’d pay bail at the jail
for some crony with a phony alibi;
then a shill seeking a thrill and a hitman a kill—
until the same hapless muse reminded me
that noir’s not a good time for rhyme.

Of course, I’d need a four-fisted pair of
bad-guy / bad-guy bulls who could squeeze
a confession out of a perp as easily as they’d
juice blood from a turnip:
their successes reaching the pre-determined destination
after going through trial-and-error courts;
their failures taking a direct shortcut, not to jail,
not passing Go, but to Free Parking at
the Morgue and Mindy ward in the catacombs
beneath the city hall, kept separate and unequal
because the County Shariaf didn’t want any
mixed mingling when the flashing sign said,
“The Mortician Is In.”

Speaking of, she was a real moll’s moll.
Nicknamed “Roar” for Roseanne-on-a-Rag,
she could scare the tag off a corpse,
the one she made from flesh-colored parchment
removed from silent partners (her previous guests).
Completed and signed—in red ink, of course.

But …
(at long last, the narrator gets that hoped-for caesura obscura) …
by the time I got this far, it was too late and the story was too long.
Time to put my plain-clothes prose to rest … with the fishes.