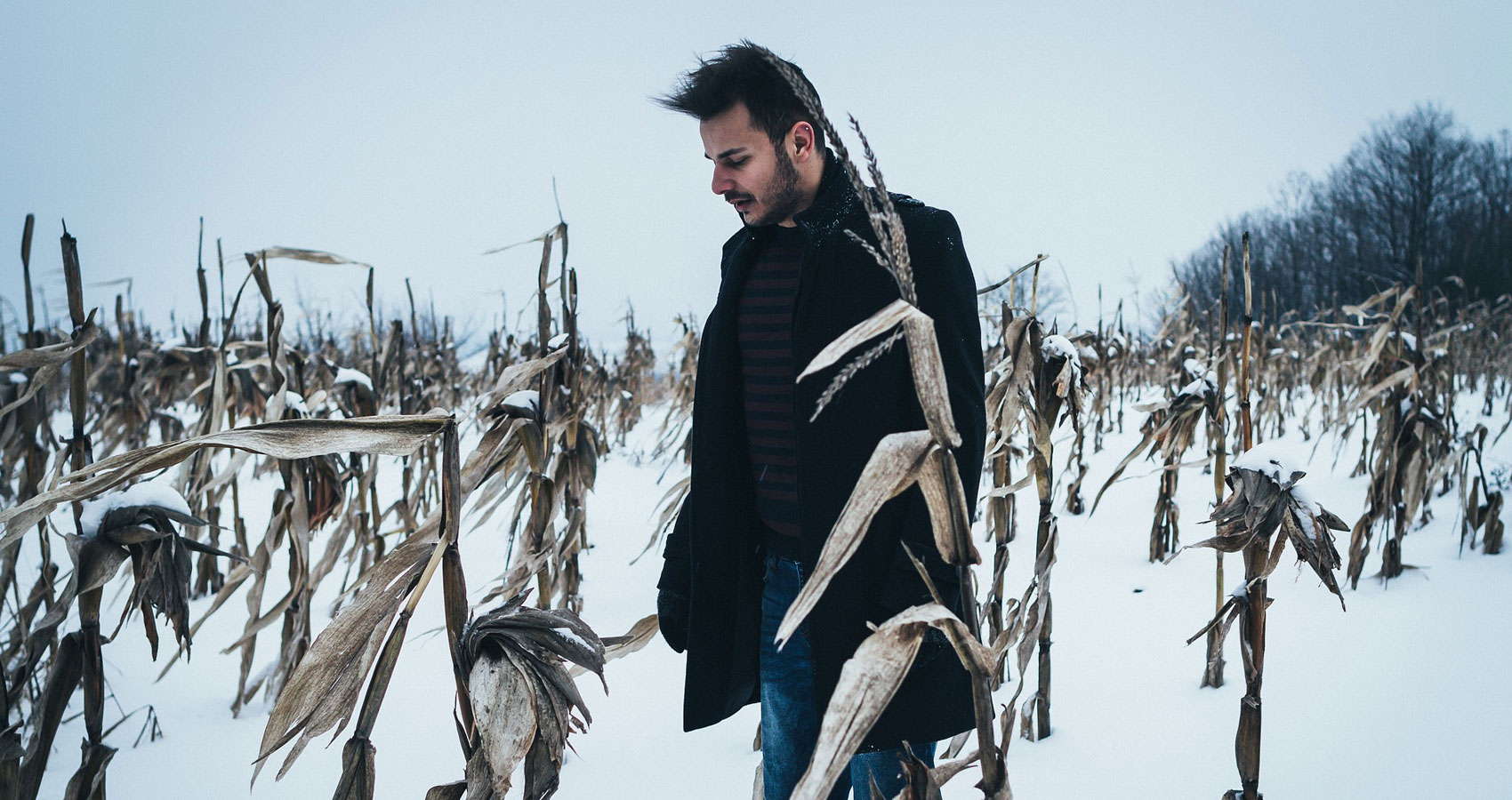 I never cared about losing…
Until I lost myself.
But then, I found you….and I lost you…
It was then, that I really found myself.

I used to hold truth, because I was used to;
Like an abused tool, fused with an absolute.
I’m resolute, with a salute to result, like an incessant insult.
As I exult, but my heart broke, to fight this faulted catapult.

It was after Apricity, when I felt the fleeing, freeing, feeling of felicity.
She’s flown through me, yet overthrown my throne, with electricity.
She spoke to speak, like I wasn’t too bleak, to be the beak of defeat.
Just as easily, as I’d reap ripe beets to beat my feet, to feast on beats.

She was an anomaly; Not normally known, like a siren sighs to say goodbye.
As she stared, decidedly at the starry sky, her eyes were alive, to emerge to emulsify.
She was like heaven, effervescent with efflorescence, that sent sense through me.
Like a centipede, makes enough cents to impede leaves, for as long as a century.

She was my dynasty, my best destiny, my manifested harmony, into the epitome of a symphony.
She was pure bliss to me, my everything, when she was next to me, I felt exempt to exemplary.
She was my energy, and anergy; To me, she was like an elegy, and an alleged allergy.
She was ecstasy, she was a dream within a dream, and what it was meant to be.

There I stood, I was once again alone, in a snowy field, with no energy.
Misunderstood, I’ve had a phone, congealed to feel, like it was the end for me.
Next to lifeless, like breathing still hadn’t come effortlessly.
But, there she was, breathing every breath into me.

I was freezing, but I was not freed easily.
My feelings, didn’t seem to feed feasibly.
I once awoke, too slow, as I lay covered in a blanket, of snow.
Her latent grow, bestowed every ounce of hope that I know.

There she was, an apple soaked in apricity.
Promises proceed, like proclivities recede promiscuity.
I’ve slipped, like I’ve fallen, and I wanted to just go to sleep.
But she awoken me, as I faded, into the facade of a dream.

Her voice sung vibrantly, she was an angel to me, as she spoke her name – Apricity.
Just as easily, to appear to spear, and pierce every piece of me, inexplicably.
Like that was the plan for the pain, and the place that I wanted, for me to be.
She cared to caress my chest, assess, and bless me with a vivacious validity.

Her scent sent a sense, that built a fence, to defend my prescient presence.
I became renascent, by her iridescent descendent, that she presented as a present.
Our common connection, it was inherently electric, like simplicity was an incendiary.
Now, I was in dire need, now she’s in my diary; and I don’t doubt, she’s all I’ll ever need.

I’ve become like a wilted weed, lost a chance, for what it was meant to be.
Inexorably doused, all my will to breathe, left to choke on the smoke, from a memory.
I’m vividly loose, to lose lucid lividity, with its eerily scented sensibilities;
But I alone, don’t want to be seen, as a memento, of what’s all left of me.

I was living, like she was never, going to leave me;
Livid like, I was in need of her, to believe in me.
I needed to see seemingly, and I needed her to be;
Because she was with me, within the whims of me.

But, the winter winds never meet, to weep and speak peaceably;
Synchronicity, every piece of me, breathes what she means to me.
The wind screams her name, like the scent of a centerpiece;
And she centers me sensibly, with a scent that’ll never leave.

In this one, magical kairotic shift, I’ve been gifted to witness;
She was somberly saturated, with the heat of significance.
She made my mind, adrift amidst the mist, that I’ve missed;
Alas, as I sit to sift, and shift like a wisp, albeit I’ve been remiss.

I’m out the back, of the daft draft, to outlast my crass past;
I’ve been zapped, in a flash, from the specters snow blast.
I want to react, like I’m aghast, inside of a black gap, to rap.
I want to lie, like I’m obliged to subside, I can lie back, to nap.

A verse which is too adverse, to immerse or submerge, into means;
Is too perturbed to rehearse, or spurt to disperse, the subversive to me.
If you reverse, how it seems, and discern the sheen, from the scheme;
Maybe in time a tome, a tomb, and a wound, will sound more like it to be.

Now I’m a catastrophe, catatonic and alone, predisposed to this vivid reality.
Reflecting upon, the calm claim of calamity, and the gravity, that she gave to me.
But now, I’m in a grave that she made for me, lucidly lost I’m looking for clarity.
I’m craving to trace, this amazing maze, that she laid unseen, to adjust the polar pull in polarity.

I’m on the brink of oblivion, like I’ve been beaten, and left subnivean.
I’m in a dream state, stuck in a stasis, that I stay in, smelling cinnamon.
Her walk, like a flower, blowing in the wind, contriving cinnamon scented sins.
Ever since, I’ve been hit like attrition, contrite and insistent, but I’ll never win.

This snow cap was a trap, it collapsed, but it coalesced, my hyperopia.
I’ll pour the aporia, to disenfranchise the you, I’ve used, in euphoria.
Like a supernova, I’ve come to explode, and erode what’s left, of my aura.
It isn’t the raw roar, of the aurora-borealis, but I’ve enhanced, my anhedonia.

The length of longevity, lingers like a fingertip, can break every piece of me.
Shattering dreams, seem like a nominal misery, sits visibly like I’m lonely minimally.
Then again, I’m living timidly, tepid like tumescence, is reminiscent with sincerity.
I need her sincerely, so I can sever the ever, in severity, and remove the gloom inside of gravity.

She was, a magic magnet majestically, she made me, mellow to melancholy, like a fever dream.
Her lips, were a saint’s sanctuary, that tricked to trip me, the propitious catalyst, was quick to lift me.
A vapor is vapid like a viper, on a deciphered sheet of paper, both rapid and rabid.
Like a rabbit raps, to hip hop, but he’s too hip to hope, despite what just happened.

I came fully face to face, with fate, that’s been placed, upon my plate.
Her embrace felt safe, to place praise, in space on her, saving grace of faith.
I was abased, and enslaved to chase, my encapsulated, cinnamon scented grave.
Yet still, I gave her no shame, since she saved me, on the very day that I’ve craved.

The winter winds, whip within the width, of composure.
I can’t even wish, to come close to closure, or overcome exposure.
I’m in a closed enclosure, just to get closer, and closer to her.
I’m engrossed as a soldier, to grow like sulfur, like this is almost over.

So soon, to move, just to be free, so she can, finally see me.
She swoons, like the moon, inspires to breathe, a keen serene energy.
I’ve seen her cry, like a litany of lights lit a fire, to an aspiring conspiracy.
I need her by me, she’s my infinity, and I’ll always chase after, my dearest Apricity.