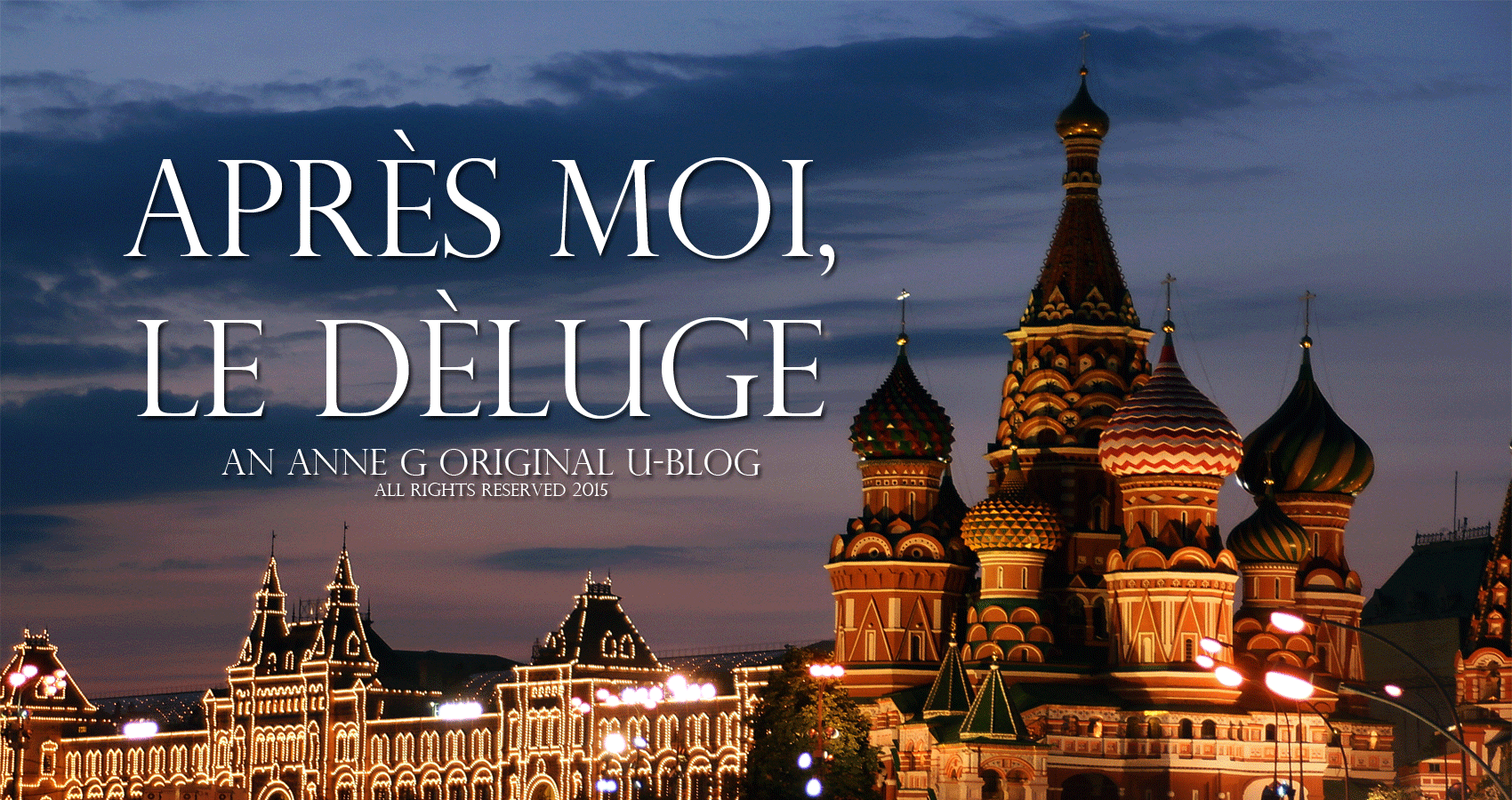 Après moi, le deluge literally translated is "After me, comes the flood" or "After my reign, the nation will be plunged into chaos and destruction". The phrase Aprés moi, le dèluge was used in a poem by Boris Pasternak, better known to us as the writer of Dr. Zhivago.

The purpose of this introduction is to better illustrate the real Russia as opposed to Putin's Russia. The Russia the world should know is the Russia of beauty, dance, culture, music, architecture and literature.

The Russia of Ballet and Anna Pavlova, Rudolf Nureyev, Mikhail Baryshnikov, Alexander Godunov; of chess, the game of intellectuals and Mikhail Botvinnik, Alexander Alekhine, Anatoly Karpov, Garry Kasparov; of literature and Leo Tolstoy, Fyodor Dostoyevsky, Aleksandr Solzhenitsyn, Vasily Pushkin and Boris Pasternak; of the Matryoshka doll, the Balalaika, St. Basil, St. Petersburg. This list barely scratches the surface and falls woefully short in naming all the great Russian men and women who have contributed to making the world a much better and richer place.

Putin's Russia is a revival of Stalin-ism, the KGB, totalitarianism and global aggression. Vladimir Putin is a blaggard that stains the image and reputation of a nation powerhouse that has given the world a wealth of treasures. It is a shame that the world is fixated, not on all of the aforementioned attributes of Russia and it's people, but on Putin's deliberate aggression against it's neighbors in his quest for power.

Putin and his regime can only be toppled from within by it's people.

We can only hope for a renaissance of Russian cultural history and not the devastation of what has been one of history's great societies.

It is clear that Putin's state of mind is "Après moi, le dèluge.

A Small Green Teapot An original poem by Deborah Jane Woman remembered against the odds of dust and time Always...