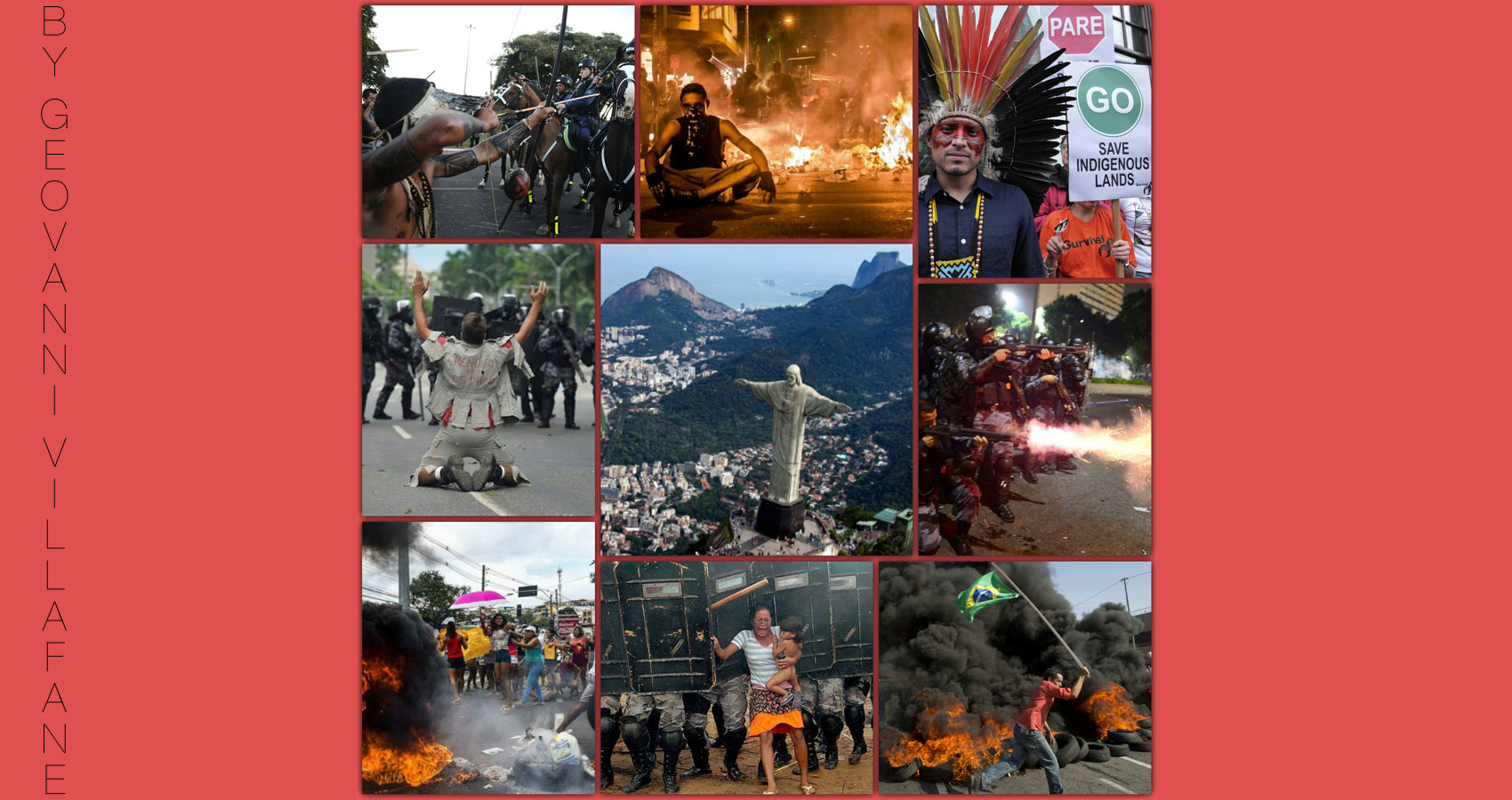 Brazil’s Had Its Fill

Brazil’s Had Its Fill

Indiscriminate is a Latin world in the southern region, where even the indigenous Indians are out in droves protesting with good reason. The government’s all about shutting down those living in hardship, so they’re pushed to slinging spears and arrows in an effort to prove their need to be heard. As official citizens, they’re coming closer than ever to an explosion of chaos due to dangerous ignorance. Another of the many corrupted systems in place to control the masses and their actions. In certain eyes, it’s easier to break the system than making the necessary changes, to create more than a safe space. Something that seems to be easily replaced with vacant answers to what’s better and yet they’re denied the basics and punished when they’ve got something real to say. Going back to the days when it used to be solidly made, with hard work done by men who carried their nation proudly, knowing how to play the game. It’s not days of complaints, it’s understanding more than your own way. It’s going to take you putting in real work to concentrate so maybe there could still be some remnants of humanity to the destructiveness that we call leaders of freedom. People gladly pointing the finger to any other, that happens to be in the nearest vicinity. Doing whatever they could do, to survive; stacking homes in a valley under Christ the Redeemer. You would think the little man would give in but they refuse to listen to the deceivers. Prayers and resolve fill their spirits to keep driving for a revisiting into deserving a better living, they’re beyond thoughts of just existing. Words enforced with a complementary fist to complete the discombobulation of a society. I couldn’t even begin to explain how messed up their world is in the bigger scheme of things. I’ll leave you on a level of completely mystified when I ask you to open your mind’s eye to what should be plainly in sight. Every human on this Earth should have certain inalienable rights, but the minority believes they have it in the best interest of themselves to let us fight and ending each other’s lives. Even now as we speak the country’s unions are on strike in the streets, hollering that silence will never be a thing. Transportation systems have been forced to cease throughout the entire country and politically it’s lead by those who wish that the impoverished be the ones to pay in a sacrificing of the most basic of living. Once again the policing is being defended to which most don’t seem to agree, committing acts so egregiously it makes acts of the past simply like children on the playground playing. Like one spark in the fireworks factory, it’s igniting fury throughout the other so called democracies. And what’s sad is that most don’t have an inkling on to what I’m speaking, worried about that newest watch telling you what needs to be done in your life. Whose events the best of the evening, what to eat specifically, when to do your sleeping, where’s the best spot for vacationing, how early to reserve your early edition of gaming. Meanwhile every country in their surrounding’s gotten on the same channel of violently disputing of each’s democracy and their mishandling of every bit of funding. Should they expect to be recognized as a dismantled society? The impoverished are hiding their faces due to their grievances, when the norm of the capital is all about misappropriating? Should they be hated for being placed to going off on a revolting? No longer accepting division in a bigger picturing on their corner of the world, pushed to a lacking. There’s a refusing of the select deciding who will be left, to living in their ideal way of how it’s going to be.  My wording will continue to pile driving the heartache’s echoing of your denying it.

NOTE FROM THE AUTHOR:
Ninth Poem In The Series Lack Of Society