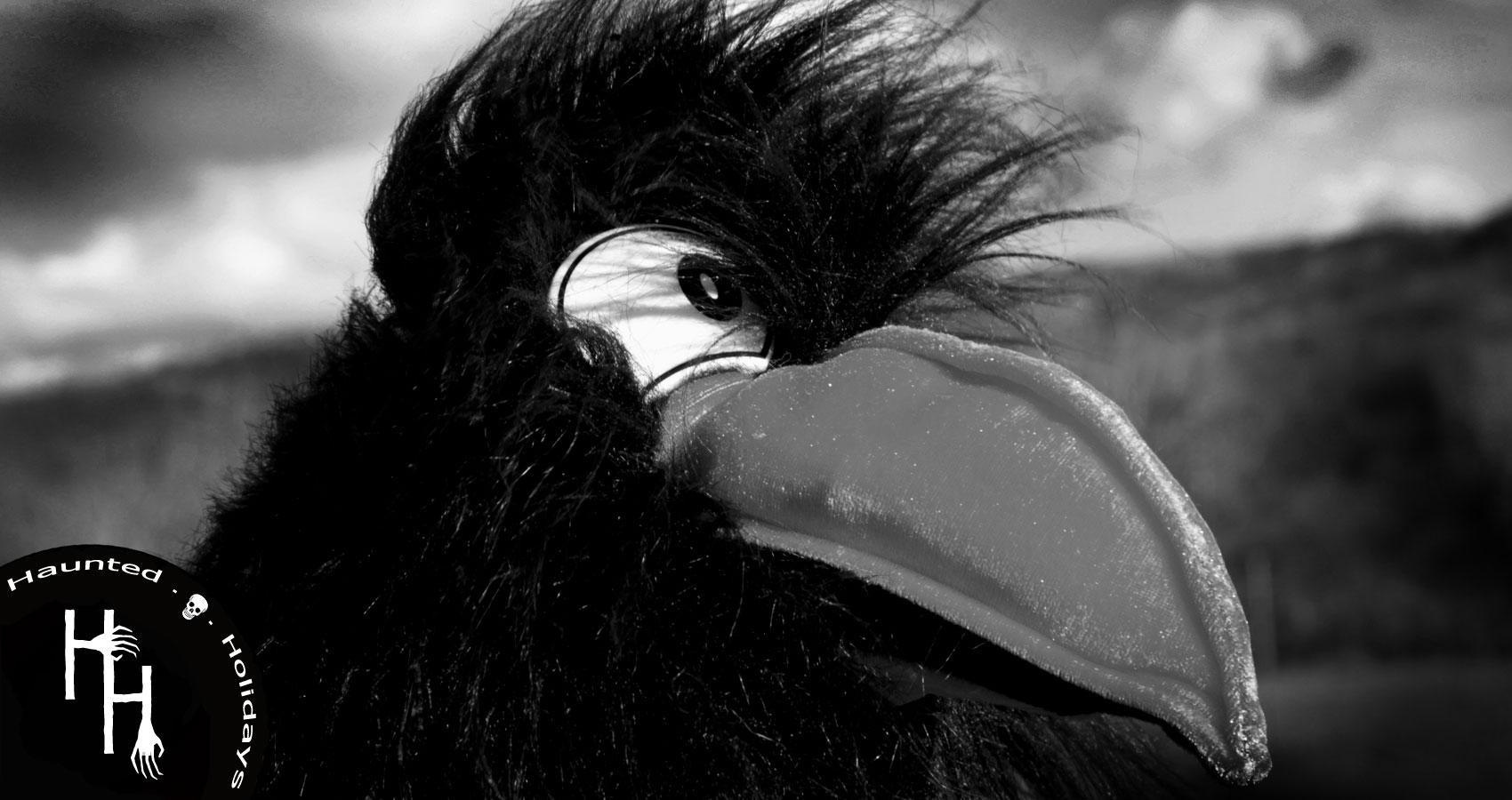 The toy crow I bought at the jumble sale at my middle school quickly became my favorite stuffed animal. Having just read Poe’s “Raven” poem, I almost named him, “Nevermore.” But after I got an A on the essay I wrote on the poem, I thought of my crow, as a lucky charm that would both inspire my writing and lead me to success. So, his name became “Cawse,” as in the Cause of my success.

Cawse became my talisman. Before I started any homework assignment or journaling, I brought him over to my desk. I thought I heard him softly cawing as I constructed stories and poems that released onto paper the anguish of my middle school soul. Live crows discovered my “pet” and began to tap on my window. I often perched Cawse on the windowsill, to watch his live cousins.

Those crows began to leave me trinkets at the back door of the house. Shiny objects.

To the relief of my parents, I left Cawse at home when I went to college. My academic papers didn’t suffer, but I found it hard to write in my journal or express myself in poems. My first weekend at home from college revealed Mom had covered Cawse with a cloth, as one covers a birdcage at night. “I didn’t want him to get cold,” she lamely explained.

She was happy when, after graduating, I took Cawse to my first apartment. My creativity bloomed. And a group of live crows began to visit. Writing daily before going to work, I had published two books of poetry and my first novel had an interested agent.

All was on track until Rob entered my life. At first, he ignored Cawse. He disdained my habit of keeping it close when I journaled and vocalized displeasure. “Why do you keep that ugly thing around? You’re a talented writer—you don’t need a lucky charm.”

My live crow visitors shrieked when Rob leaned over my desk to give me a kiss and brushed Cawse onto the floor, “accidentally.” After our romance became marriage, I made Rob happy and banished Cawse into attic storage.

However, marital happiness turned into horror. After displacing Cawse, Rob convinced me to give up teaching and to see my family less often. Then verbal abuse that quickly escalated to physical abuse.

Last year he began locking me in our bedroom, windows covered with blackout paper, whenever he left the house. My mind became scrambled. I could not journal or write poetry.

The attic access was through the bedroom closet. Last Christmas Eve, after Rob had locked me in so he could go to a poker night, I climbed up on a chair, into the attic, and pulled down the box containing Cawse and some of my old journals.

I perched Cawse on the bed, sat on the floor under his watchful glass eye and began to read one of my old journals. I was so caught up in my reading I didn’t hear Rob return. He began to shout. I looked up. His face was as red as his hair.

“That thing! I told you to throw that thing out!”

He came at me, fists balled up, at the ready.

I grabbed Cawse, screamed, and threw Cawse at his face. Rob stumbled back, tripped over my box of journals, and hit his head on the floor. Hard. I stood over him for a minute, picked up Cawse and walked downstairs. I wasn’t sure what I wanted to do. What I should do.

I stroked Cawse for a while. Hours really. As the sun came up, I opened the window to let in a little fresh air, then returned upstairs. Rob was still lying there. I touched his wrist. Then his neck. No pulse.

I returned to the kitchen, called my mother, then 911. I explained what happened. The imprisonment in the room, throwing Cawse at Rob, how Rob tripped and that I ran and stayed downstairs, unable to do anything until it was light. A kind policewoman photographed my bruises and Cawse as my mother sobbed softly. Upstairs the police photographed the locks on the outside of the bedroom door, the box of journals. I heard the policewoman whisper to the photographer, “I think she’s still in shock. She took the toy with her and left her abuser until she felt strong enough to call us.”

They called me upstairs. Rob’s body was gone. I repeated what had happened. “Throwing my crow at him is what made him fall.”

“That toy animal’s claws are sharp,” one of the officers noted.

I nodded. “Soft on top, but realistic claws.” They photographed my fingers, documenting my short blunt fingernails.

We went back down to the kitchen. Just as we entered, two crows flew in through the open window, picked up Cawse, and flew out. As I watched it seemed all three were flying.

I sold the house and moved back with my mother while undergoing court-mandated therapy. In my old room, I began to write again. Rob was right about one thing. I don’t need Cawse by my side to write. Cawse is in my heart. My book, “Crows I Have Known,” hit the New York Times Best Seller List.

I am now caring for my mother who is extremely ill. Crows still visit me daily. I leave treats. They repay with trinkets. I study my visitors closely, often wondering if Cawse himself is one of them.