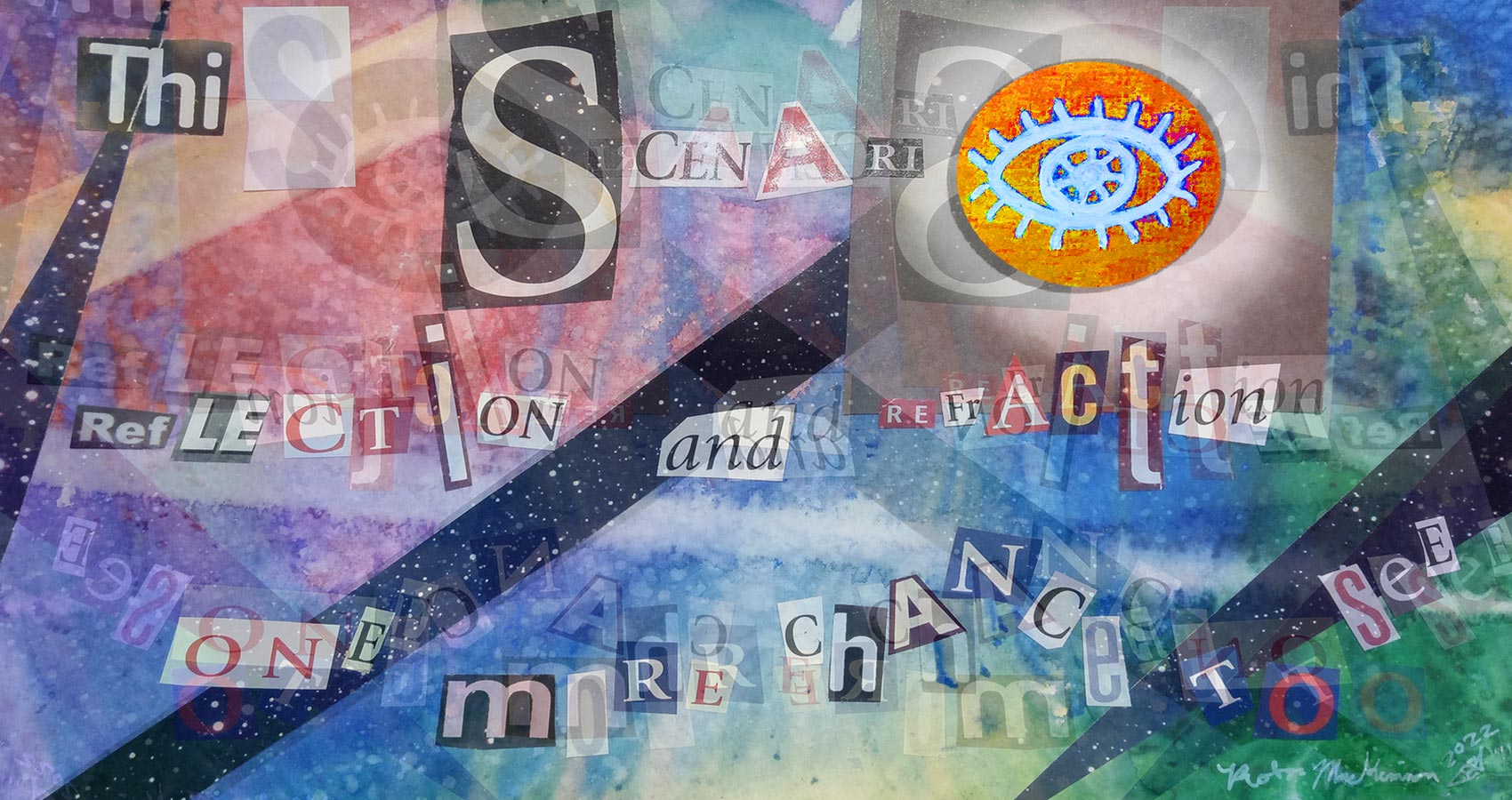 One more chance to see

Illustration description: A nebulous, multicolour background, flowing and speckled from water applied with a spray bottle. 3 pale beams cross the image at random, as do beams of dark sky spangled with stars, These starry beams, as well as the other cutouts on the page, come from the November/December 2001 issue of SkyNews magazine. These cutouts include the words of the haiku, pasted in 3 lines across the top, middle, and bottom of the image, and a black and white image of a solar eclipse, in the “o” position in the word “scenario”. In the physical copy, I’d drawn a white line of a symmetrical, simplified eye. In the digital copy, this eye appears in light blue edged in darker blue and placed in an orange circle. The whole image appears to have transparent shifted and reversed echoes of itself over the final picture.