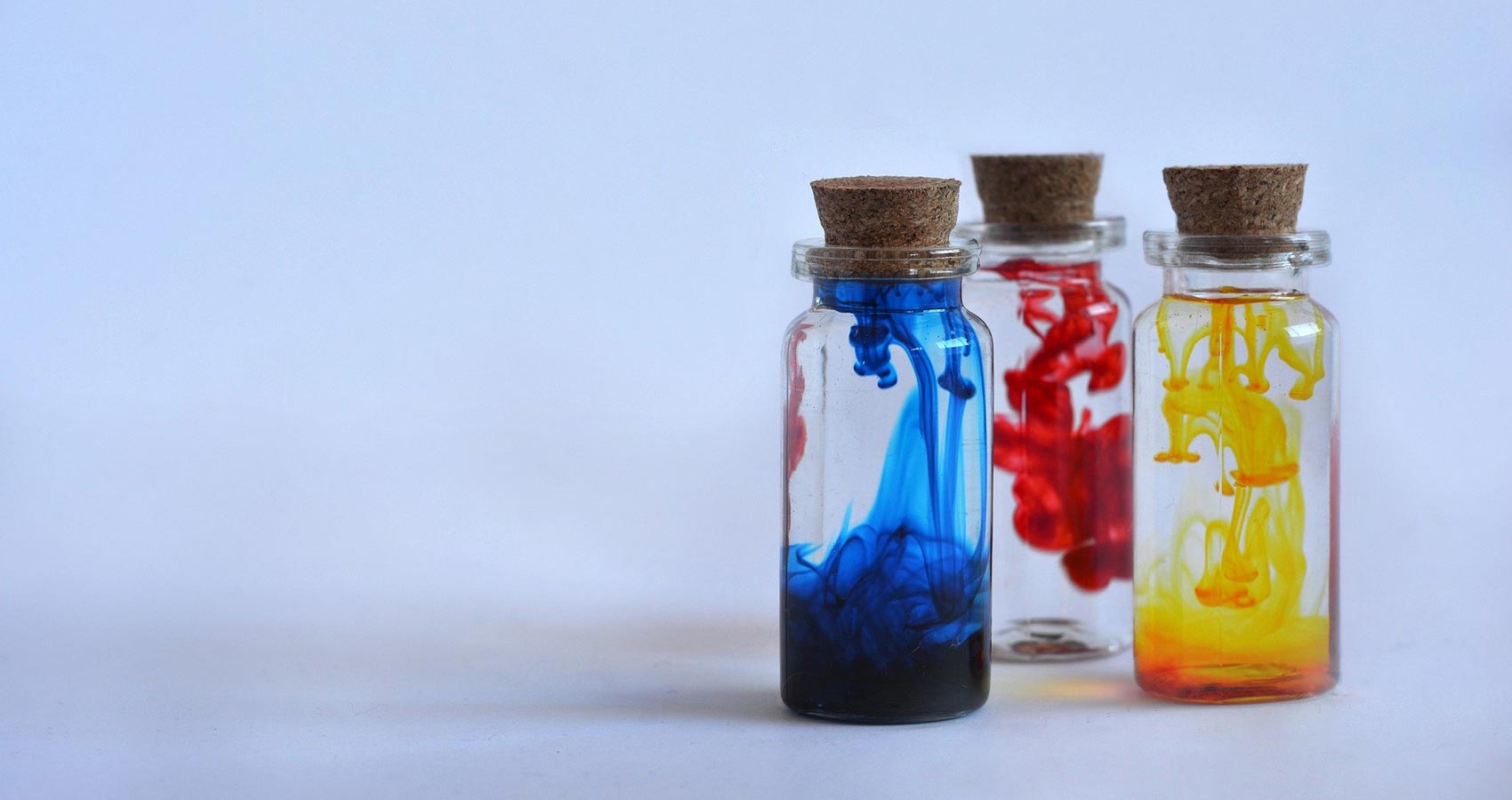 This was Mia’s eighteenth suicide. A simple razor blade across the wrists and for five glorious hours the various biological processes responsible for conscience—brain waves, heartbeat, and so on—were stopped dead. The pattern of thoughts and memories known as Mia drifted away like mist on a midnight ocean.
Dr Robert, the psychologician responsible for helping people like Mia, did not approve of suicide. He had lost his brother that way some eight thousand years ago, before the Elixir Of Life ™ had been made freely available and was determined not to lose anyone else. So, when Mia’s corpse came into his hospital, he was very upset.
“I just thought she’d have lasted longer this time,” said Dr Robert to a nurse.
“Her sort are just looking for attention, I reckon,” said the nurse.
“They don’t know what they’ve got until it’s gone. Anyway, could you be a dear and prep the operating theatre for me?” asked Dr Robert. The nurse went off to find some Elixir.
Listen:
In the year A-11, death was unthinkable. Ever since Elixir Corp had worked out how to manufacture the cure for Every Physical Ailment Including Death, the physical act of dying became rather looked down on. The small groups of people who thought otherwise were crazy. In need of a professional psychologician.
Dr Robert poured the Elixir Of Life ™, a thick syrupy substance, onto Mia’s wrists. It sunk into the pores of her skin, stitching up the angry red marks left by the razor. And then Mia was alive again. Unfortunately.
“This must be the world record of death by suicide, young lady, most people in your position give up on giving up,” scolded Dr Robert as Mia coughed and spluttered. “What would you’ve done if we hadn’t been here, hmm?”
“Nothing probably,” said Mia.
“The Elixir Of Life ™ is quite hard to manufacture, you know,” said the nurse.
“Stop wasting it on people who don’t want it then,” said Mia.
“Mia, Mia, Mia. You were making such excellent progress too,” said the Dr. “You’ll have to stay with us for a bit now, I’m afraid.”
Mia accepted her fate with perfect stoicism. And as Dr Robert wandered off to prepare her room, Mia lay back on the gurney and thought about how tedious it was to be thinking again.

Mia sat in the therapy circle with the other crazies, waiting for Dr Robert to stop humming. Dr Robert was one of those psychologicians who believed that ripping off Buddhism was somehow clever. He started all his therapy sessions with a brief meditation session, much to the annoyance of his patients.
“Aaaannnddddd, come back to me,” said Dr Robert in his best impression of a Chinaman. “Before we get into it properly, I’d like to say a quick welcome back to Mia! Round of applause for Mia everybody.”
There was some scattered applause from the crazies, but mostly silence. “How long were you out for?” asked one.
“About five hours before these bastards dug their hooks into me,” said Mia.
“Lucky.”
“No, not lucky, bad!” exclaimed Dr Robert. “The desire to end your life is bad! Mia, what would your friends think if you up and abandoned them?”
“I don’t have any friends,” said Mia.
“I’m your friend,” said Dr Robert.
There was an awkward silence at that. Even the nurse who was watching from the corner experienced a dose of vicarious embarrassment. Dr Robert switched to a different tactic, philosophy:
“Think of it this way, if you die then it will be like everything you’ve ever done is wasted. All your experiences. All your memories. All your feelings. Gone. Gone. Gone. I think that’s tragic.”
“That’s not tragic at all!” declared Mia. “It’s beautiful. I’ve been alive for fucking millenniums. I’ve done literally everything. Name something and I’ve probably already done it.”
“Have you ever climbed Mt Everest?” asked Dr Robert.
“Twice.”
“University?”
“I have five PhDs.”
One of the crazies cleared their throat. “You ever fuck a goat?”
“Have you?” asked Dr Robert. “Fucked a goat, I mean.”
“No, Dick,” said Mia. “I haven’t fucked a goat.”
Dr Robert brought the full force of his psychologician training to his next statement. “Well maybe you should. You regret the things in life you don’t do.”

After three months of Dr Robert’s pseudo-eastern approach to pyschologicianship, Mia was about ready to actually go insane. Dr Robert’s awful humming became intolerable to her. It kept her awake and even distracted her from her escape plans.
Ever since being confined, Mia had noted down Dr Robert’s every movement with the clinical precision of a trained felon. When he went to sleep, when he got up, and—more importantly—where he kept the master key to the hospital. Now, Mia was ready to make a break for it or die in the attempt. Hopefully die.
After Mia was sure everybody was asleep, she crept out of her room towards Dr Robert’s office. She opened his door as slowly as she could, wincing at every hinge squeak. Inside was darkness. The key sat squarely in the middle of the mahogany desk that ate up most of the office space. Mia reached out for the key, but before her fingers could grasp it, a hand reached out of the gloom and grabbed hers.
“Come on, Mia,” said Dr Robert. “You didn’t think it’d be this easy?”
“That’s a rather cliché thing to say,” said Mia, throwing herself down into the chair opposite him. Dr Robert flicked on a lamp and a brief ray of light cut through the space between them.
“Hey, sometimes a cliché works,” Dr Robert leaned forward conspiratorially. “Why are you so hell-bent on destruction? A lover’s lost favours? Some overtly sentimental religious convictions, perhaps?”
“Nothing so childish as that. It’s just that it gives me a goal to strive for and obstacles to overcome. I wrote novels for a time and characters need goals and struggles to be complete. It’s the same for humans.”
“But you’d die!”
“What’s so bad about that, anyway?”
A pause.
“I had a brother once. Before we cured death,” said Dr Robert.
“Oh.”
“Do you know what it’s like to lose someone?”
“Yes. My parents.”
“I’m so sorry,” said Dr Robert.
“Don’t be,” said Mia. “It doesn’t really matter now; it’s been decades since I’ve even thought of them.”
Another pause. Mia heard cicadas singing from outside the hospital.
“There has to be an end,” said Mia. “And if it’s any good it has to be completely and inconsolably tragic.”
Dr Robert leaned back in his chair and stared at Mia like he was trying to paint a picture of her in his mind. Mia pocketed the key and Dr Robert sighed.
“You’ll just end up back here again,” he said.
“Maybe I will. Maybe I won’t,” she said and then laughed. “There’s the rub.”
Mia smiled shyly at Dr Robert and quietly slipped out of the office. Outside, the cool night breeze played with her hair as she slipped through the silent streets. Above, the stars smiled with that special radiance that makes one glad to be alive.