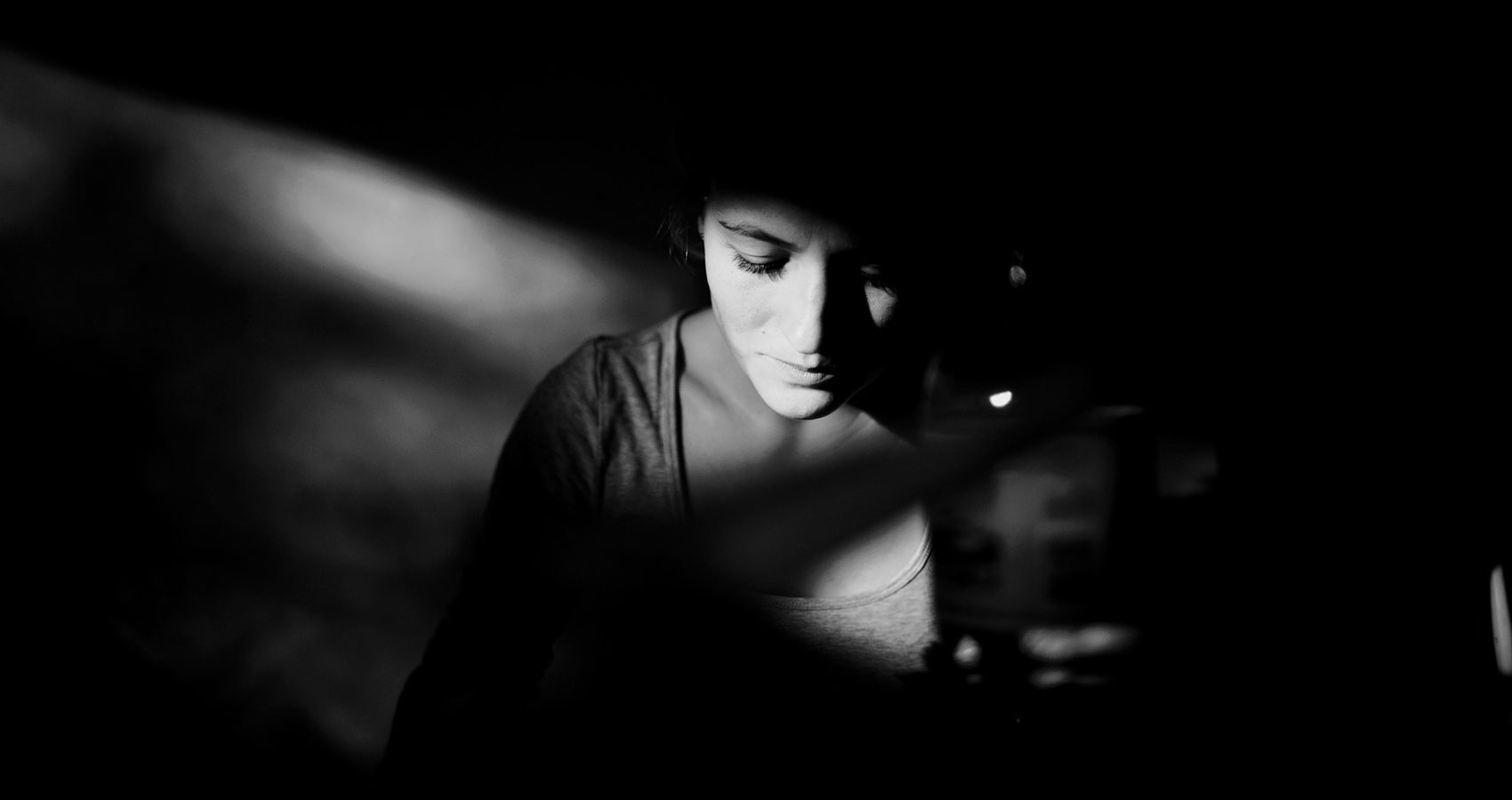 She stood there lost weeping uncontrollably
He had gently slipped away as she watched
Gone from her breast, calling out his name
Over and over again, dead, dead, she wailed
Her hands red raw clawing at his burial stone
Time to leave as dark clouds moved closer

Home, to what? Desolation, she keyed the lock
Foreboding, their empty marital bed beckoned
Crawling in no warm body close beside her
Sleep, doesn’t come, dark streaming tears raced
Each bleak blink a portrait of her stained face
Reflecting on those days as he slipped away

Slowly, imperceptibly his name dwindled
His face, but a picture on the mantelpiece
All trace of clothes and his scent gone
His name just a reminder, vanished in time
Only the gold ring on her finger reminded
Her that he had gone to another place

She had stayed faithful for many long years
Now he was long gone, sovereign, a legend
Letting the glow of the moon bathe their bodies
As she lay there in the arms of the blacksmith
The strength of his muscles, yet he so gentle
Pulling her firmly to him as he entered her