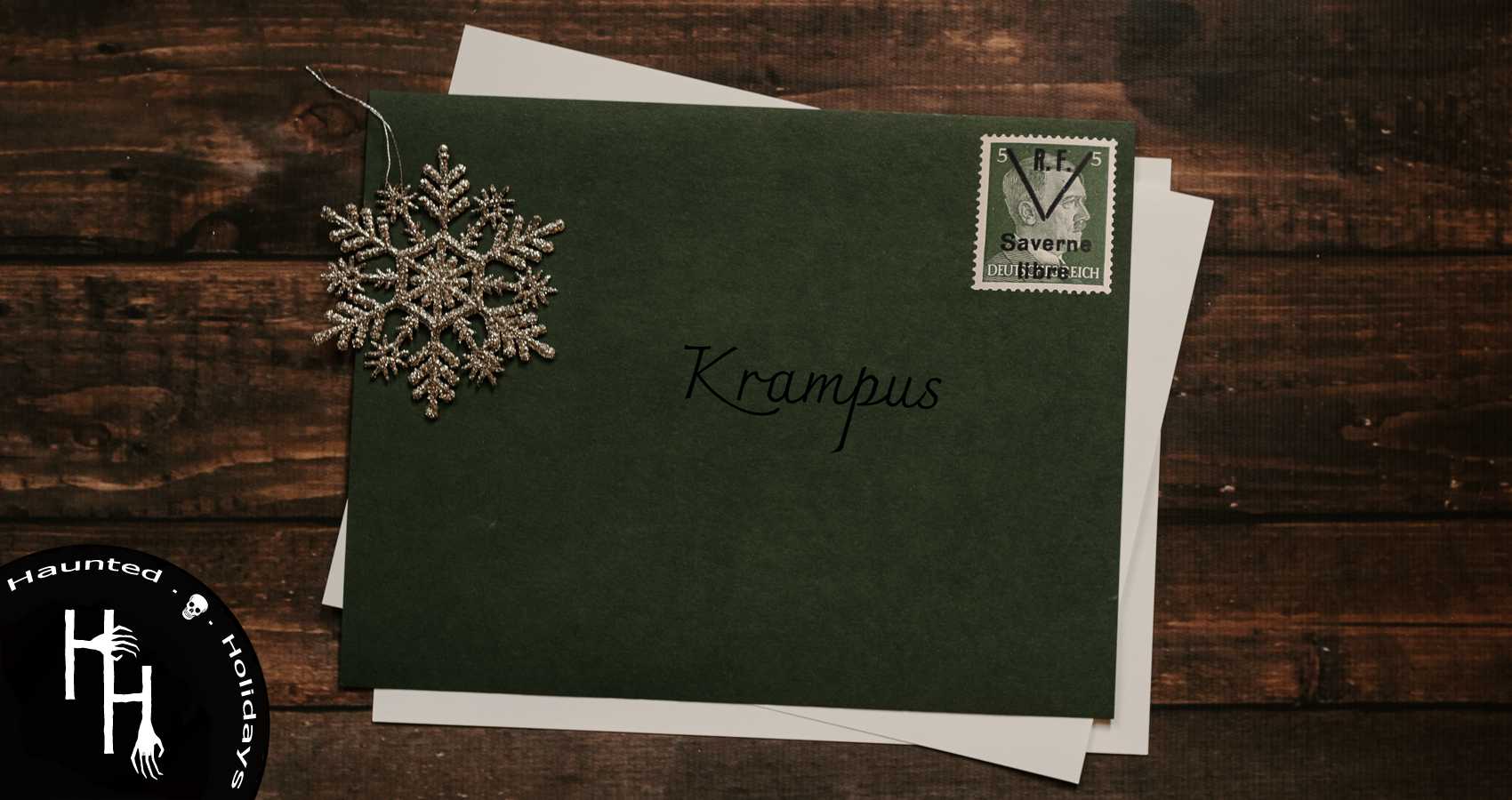 Krampus,
My name is Alois. I’m a grown man, soon-to-be-nineteen, but I wanted to write you about my little brother. While he’s quickly becoming too old to put his faith in either you or Father Christmas, he still believes—though he daren’t admit it.
Our youngest brother, Edmund, died earlier this year from measles. It wounded us all down to our core; my sister, myself, my father especially, but my little brother most of all. Edmund’s death combined with Father’s general disposition have made my brother very ill-mannered and willful. It is my fear that the atmosphere at home will only reinforce his negative attitude and keep him going in the wrong direction. In my desperation I turn to you—a figment of my childhood’s imaginings who kept me well-behaved more than short-tempered schoolteachers and a stern father ever did—to beg of you one favor. If you can take my brother Adolf into your burlap sack and beat him with reeds until he learns to comport himself, or take him away for good if you deem it best, we would appreciate it and be most thankful. Daresay Father would let you have your way with Stepmother as recompense. We eagerly await your response.

P.S.
May our Christmas be better due to the absence of the joy-thieving children you remove from our lives.

Bernardo Villela has short fiction included in periodicals such as Coffin Bell Journal, The Dark Corner Zine, Constraint 280 and forthcoming in Rivet. He’s had stories included in anthologies such as 101 Proof Horror, Disturbed, From the Yonder II, and forthcoming 42 Stories among others. He has had poetry published by Entropy, Zoetic Press, and Bluepepper and others.