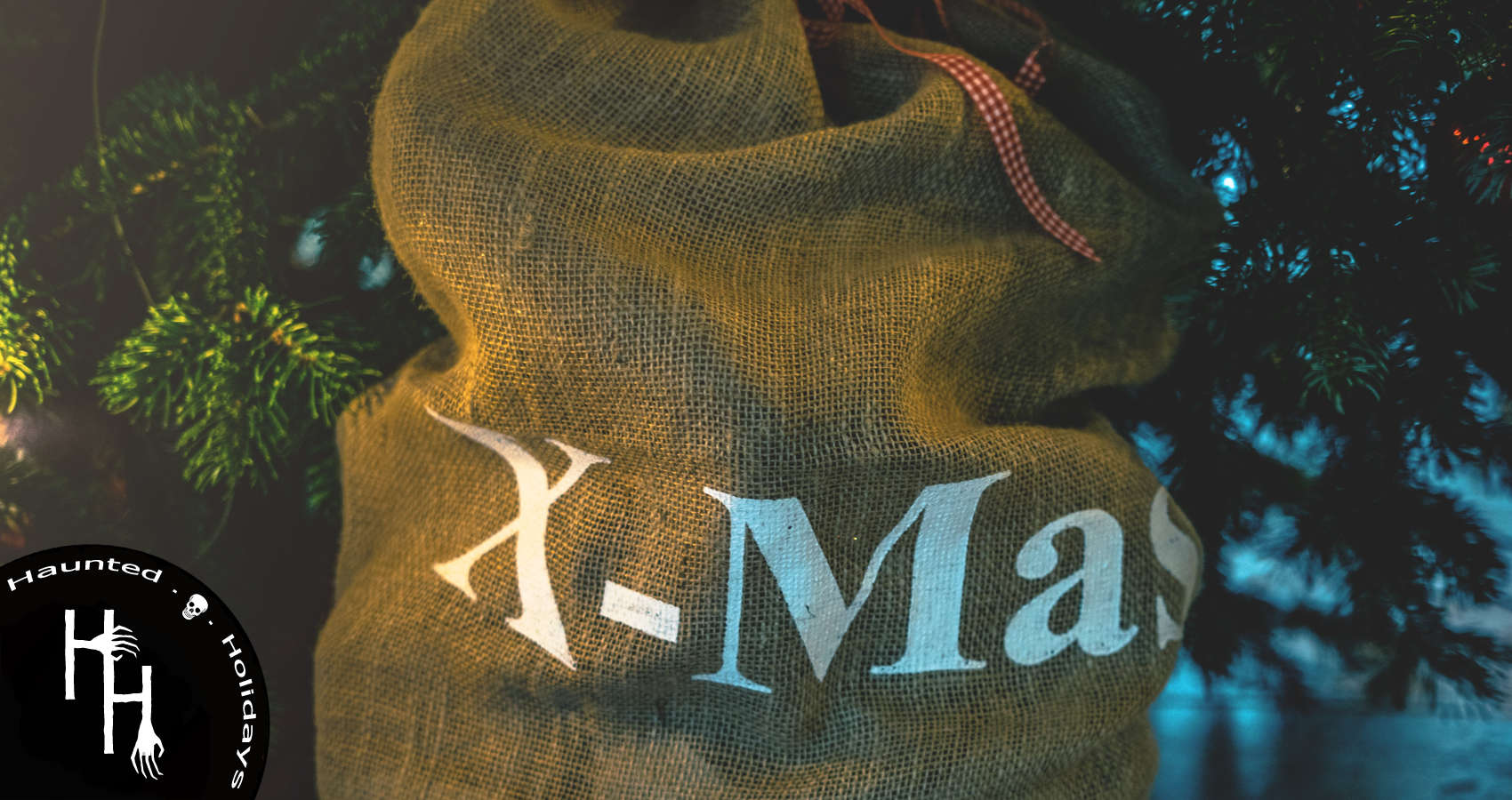 Part I – The Dummy

Please allow me, if you will, to spin a terrifying tale.
Our story starts at a city mall, a two-bit show, a clown, a doll.
The victim and her family, drove to town so they could see
a clown pulling on a string, to make a dummy talk and sing.

The dummy caught the daughter’s eye, she laughed and said, “Oh my, oh my!
Anon, I must own this prize,” she stamped her foot and rolled her eyes.
“If you won’t buy him for me, I’ll ask Santa. You will see
how I always get my way,” she frowned and huffed, then stomped away.

Her Mama said she must be good, the only way that Santa could
put her on the “Good Girl” list and bring the gift that was her wish.
The line to sit on Santa’s lap wound ‘round and ‘round. The girl cried, “Crap!
This line’s too long. I will not wait.” So, she sprinted toward the gate.

She knocked down an elf or two, Santa shouted, “Let her through!”
A hard lesson, she’d soon learn, about waiting ‘til her turn.
A talking doll was her demand. She yelled,
“MY WISH IS YOUR COMMAND!”

“Ho! Ho! Ho! Under the tree, on Christmas morning you shall see
a gift earned by disrespect. You’ll not get what you expect.”
Santa said, “Be on your way. If you’re good ‘til Christmas Day,
I’ll take you off the Naughty List, then perhaps you’ll get your wish.

But if you make more demands, it will be out of my hands.”
She scoffed, twirled, and walked away. “That is what my parents say,
but it hasn’t happened yet. My demands are always met.”
“Ho! Ho! Ho!” Though he had heard, he ignored her hateful words.

The smell of rotting flesh permeated the air as the looming form paced. Back and forth he galumphed, clawing the gore that was his face. A wet string of words worked its way through tar-paper lips, “Hohoho-hohoho,” ceasing only when he needed to suck in oxygen, thickened by swarming flies and the syrupy odors of maggot-filled offal. He continued the graceless pacing. His path was deeply etched into hardened earth, the groove deepening each year. The creature was now thigh-deep in dirt and rock and brittle bits of bone. His heinous lair.

He stopped to sniff the air. He knew the precise second it had arrived. He sensed its essence of pine and cookies with a hint of musk. His saintly brother, Kringle’s scent. Aah. Sweet relief returned, as it did every winter when the tightly wound scroll was thrust under his door. The ancient monstrous being, ever so carefully, placed one skeletal hand upon a bulbous knee, stooping low to retrieve the scroll. It unfurled as he groaned his way upright. His eyes flitted back and forth, scanning the names. So many names. His lips turned upward in a tortured grimace and a rumble began to work its way up a loose-skinned roiling belly covered in tatters of red and white cloth. “Hohoho-hohoho!” Phlegm and spittle lodged in the dreadlocked gore that was his beard.

‘Twas the eve, bad children were not sleeping. They listened as Krampus Klaus, silently creeping, dumped out the milk on the clean polished floor, crumbled the cookies ‘til there were no more. Footed pajamas with stars and cowboys, drenched with the sweat of scared girls and scared boys.
Except for one daughter, she had no fear. Her Mama and Daddy would make it quite clear, that she was not naughty, just misunderstood. She would change next year. She could be good. Krampus swept in with nary a sound, silently dragging the bag on the ground. He tip-toed upstairs and entered her room, made the exchange, then left in a zoom.

There, on the hearth, he set down a letter:
Dear Father and Mother:
You should have done better.

Your child is a nightmare, on this, we’ll agree. The price for bad parents? You must pay the fee. Your daughter is gone, and she’s been replaced, with the coveted dummy, now wearing her face. You can control her when you pull her string. She’ll be good now, will obey everything.
Pull on her string; there will be no complaining. I think you will find she is quite entertaining.

How will it feel to be the clown?
Good tidings of cheer,
Kringle Klaus

Krampus swooped in on a sleigh pulled by his army of corpse rats. They gnashed and lashed at each other with rotted teeth, drawing black ichor, as they dropped from a wintery gray sky. ‘Twas Christmas Morn. No good tidings of cheer in his kingdom. Krampus was weary to the bone. His time on earth was waning. He struggled to pull the squirming sack from the sleigh. The muffled cries of the naughty children fell on deaf ears. He felt no pity for the pathetic bullies and liars. Sinister children, really. The sack broke loose from the sleigh, twisting in midair, writhing like a ball of worms. It landed with a dull thud, sinking deep into new-fallen snow. He was so weary. He would leave his corpse rat army to attend to the children. He shuffled to his lair, where he would sleep a thousand years.

Originally published in the anthology – Journeys: The Writers Journey Blog.