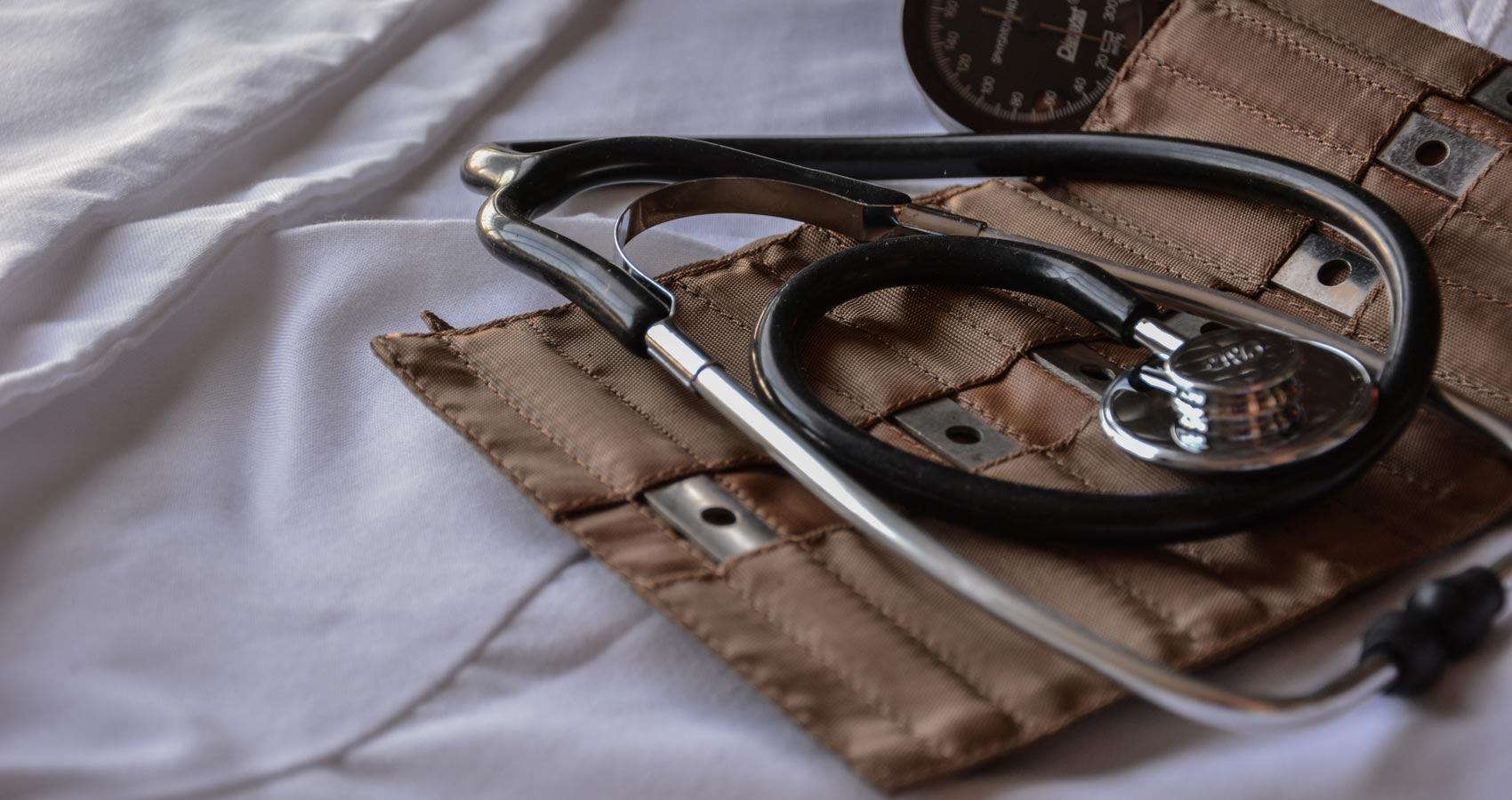 “Mum, you were supposed to come home today, Mum,” there was a sadness mixed with anger in her voice.
She knew her daughter was on the verge of crying. She knew she had to do something to calm her down for the time being. Her mind was racing, searching for some ideas for her five year old.
“Listen, darling, listen to me. I have to go; you see, I have to do this. I will be home very soon”
“No, you won’t. You always say this, Mum. I want chocolates.” She stamped her feet, it seemed.
“Sweetheart, Dad will get you chocolates. But you see, it is so tough to go out nowadays, because of this thing.”
“What thing, Mum?”
“This demon that attacks you if you don’t wash your hands, darling.”
“Are you going to fight the demon Mum?” the pitch of her voice rising.
“Yes, me and lots of other doctor friends of mine. Together!”
“And where is the demon now, Mum?”
“Right now, darling, the demon is inside an old man. You remember your grandfather, right?”
“Yes, yes, I do. I love him so much.”
“So, this old man probably is someone’s grandfather. And if we do not go, the demon may attack him.”
“Yes, Mum. So, you should go and fight the demon.” She was far beyond being excited.
“You’re such a sweetheart! Love you.”
“I love you too, Mum. You’re my superhero!”
She smiled and cut the call. A feeling of happiness seemed to engulf her. She allowed it to do so.

“So, tell me, Doc, why does this patient not want to come to the hospital? I already know the fact that he is aged. Is that the only reason?” she asked while readying herself with all the necessary protections needed to approach the said person.
“Yes, Doc, he is pretty old, and we have been trying to take him from his home to the hospital, but whenever you go near him, he is refusing and then starting to cry. We are trying for the last three hours. The other residents in the apartment are losing concentration.”
“Okay, let me have a word. Make sure no one comes now. Which floor is it?”
When she reached the floor, the door was half-open, with a few medical officers outside. She nodded and went in, after knocking softly.
Her focus went straight to the wall on the left. It had a paper, pasted, with a list of numbers on it. Phone numbers. Internet, milk, brother, and the list went on. There was a set of nine to ten pictures posted on the wall as well. Old, yellowish photos of a happy family, it seemed. She looked straight. There was a medium-sized hallway, dimly lit, minimalism everywhere. A center table, a small tv, a small sofa. And there he was.
Frail and old, he looked her way and smiled. A weak smile. He didn’t seem alright at all. She smiled back but wondered if he saw it from beneath her suit. Something was running on the television. A black and white show, it seemed. She went a bit closer, thinking about what to say.
She moved the curtains a bit, allowing some light to seep in. She knelt in front of him, with the suit on, it was a bit difficult, but she did it anyway.
“Good Morning, Sir. How are you doing?”
As she spoke she studied his face carefully. The fine lines crisscrossing his face indicated he was pretty old. His patchy hair, snowy white, neatly combed to one side. A red check shirt, folded and black corduroy pants with a pair of brown, leather shoes covering his feet.
One thing that she was fascinated with was his kind eyes. They looked puffy, probably of the crying bit, but they looked at her as she asked the question. His lips seemed to move and then he jolted forward and folded her hands.
She was almost thrown aback!
“I don’t want to go anywhere, Doc. They are forcing me. I cannot go; I don’t want to go.”
She looked at him through the eyehole in the suit. She hoped he saw her.
“I know, I know. I see that you are tensed. But do not worry. We’ll all be there to help you. I promise you that once you are treated and you feel well, which would be very, very soon, we would take you back here.” She waited for the response.
“But how can I go. This is my world. This home. Me and my wife. We stay here. How can I leave her alone and just go?”
She looked around, a bit shocked. No one told her he had a wife. The bedroom could be seen and it was empty. Did they take her away for quarantine already?
“She is not here. She left me a year back. But her memories are with me. I talk to her every single day. There’s no one else to talk to.”
She kept looking at him. “If I go, and not come back? I cannot leave this place, sorry, Doc. I would rather stay here and spend my last days with my wife.”
His deep, almost poetic voice, kept looping in her head. She felt a throbbing in her head. She wished to throw that suit and just go and hug that old man. Reassure him that all would be good.
“Sir, don’t you have any sons or daughters? I saw a few pictures on my way in, on the wall.”
“One son. One Daughter. Not connected to them. But I love my granddaughter so much. I saw her once, about eight years back. I talk to her, once a month.” There was a profound sadness in his voice. He stared at her blankly. Probably, his eyes too went all moist and hazy.
Old people and being so alone. That has become the norm nowadays. A very harsh reality. Her mind sighed, deeply.
She took a moment, allowing him to normalize a bit and spoke. “Sir, I do understand what you say. I respect your feelings. But I feel, if your wife had been here, she would have definitely asked you to go to the hospital and get yourself treated. Rather than staying here and getting sicker and sicker.”
He looked at her, half nodding, still in a dilemma of sorts. And then he smiled.
“You know, she took such a great care of me. We were married for fifty-seven years. Once, I had such a high fever in the middle of the night, there was no telephone at that time, you see. She just took me to the hospital, all by herself, in our car, which she was still learning to drive. The doctor had said that if we were an hour late, it would have been difficult to save me.” He seemed to slowly drift into nostalgia.
She nodded, smiling.
“So, you are coming right?”
“Yes, I will come. I will have to get better for my wife. I cannot leave her alone, you see.”
She called for help. These last fifteen minutes moved her on so many levels.
“One more thing, Sir. Do your son and daughter know?”
He looked at her without saying a word and kept staring.
“Give me a number, we need to tell them. You need to talk to them. They need to know.”
His eyes pointed at the wall.

As they took him, he took a last look at his room. Left, right and center with so much earnestness. Was he afraid, afraid that he would probably not return? At his age, it is reasonable to be scared. But she hoped he would be back again. Back to his home, to his wife, to his sofa, to his familiarity.
He turned back one more time, asking, “Can I talk to my granddaughter, one time?”
She nodded and dialed the number, on a video call.
“Why only talk, let us see her, shall we?”
His eyes were shining; joy danced across his face. He looked at the mobile screen as the call kept connecting.
She moved a bit aside, took a phone and dialed her own video call.
On her screen, it showed, “Calling…Dad!”

Somsubhra is an IT engineer, working in India, and finding time, rather trying to find time to scribble something every day. He loves the smell of fresh rain and staring into the sky and old buildings. He has a WordPress blog and a literary magazine which takes up most of his leisure time.