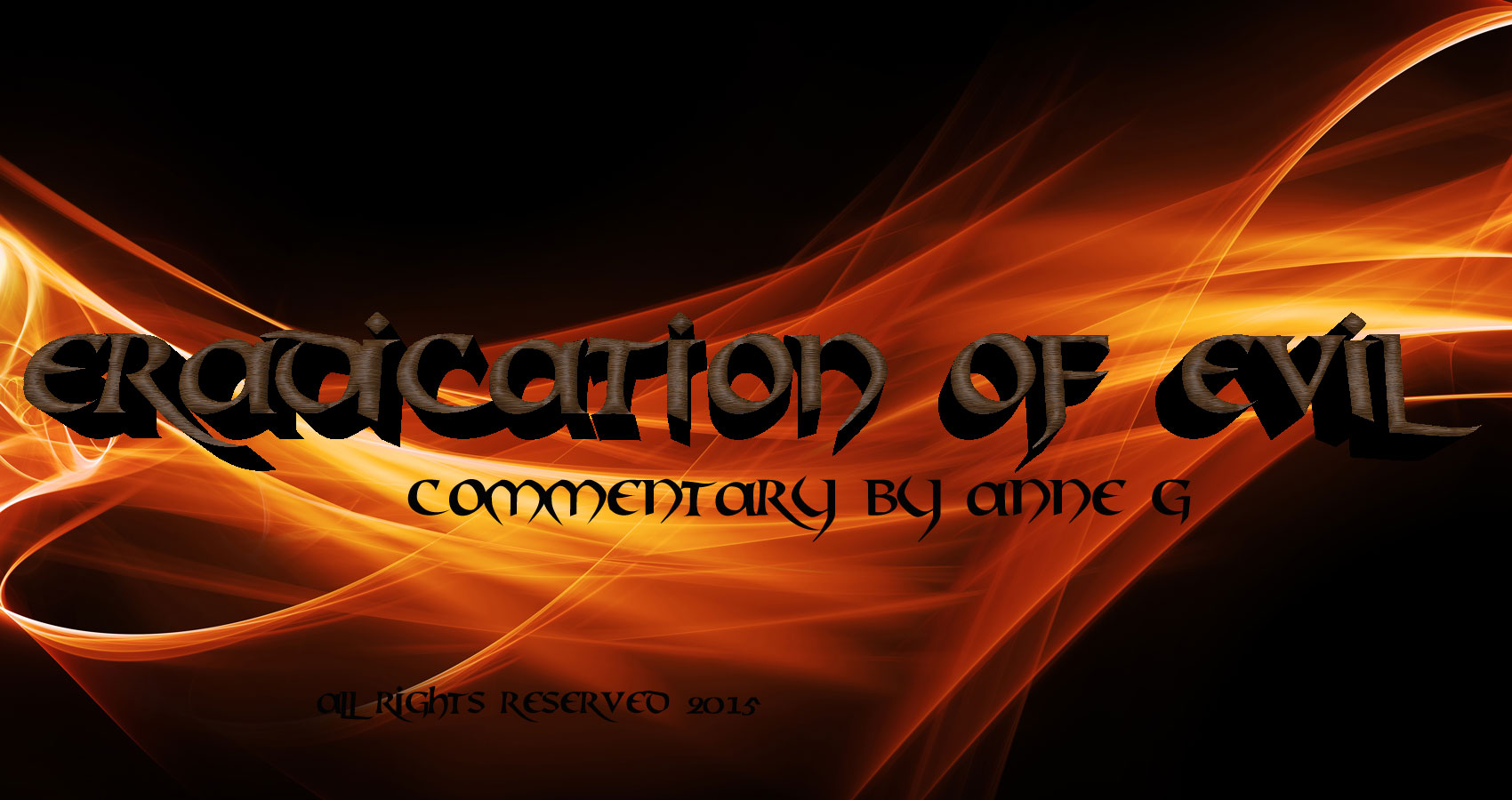 Since time immemorial the world has been beleaguered and plagued by countless evil doers. Millennia to millennia, century to century, there have been wicked, immoral, vile, corrupt, iniquitous, depraved, degenerate, villainous, nefarious, vicious, malicious, reprobates:

One could quote history until turning  blue in the face. We could rationalize and disseminate the reasons for their actions and put forth a myriad of thesis on the why and wherefores, yet the conclusion would be the same; “Evil is as evil does.”.

In ancients times there was a people called the Amalekites. They are said to have been so evil that a decision was made by surrounding peoples to eradicate them in their entirety; men, women and children so that their seed would be no longer. Today we are confronting our very own Amalekites: Joseph Kony, Jihadi John and their ilk.

Theses individuals are cruel, despotic and barbaric. We are called upon to make a decision not unlike that of the ancients. There must be a global, resolute and unified “crying out” for the absolute eradication of these modern day mass murderers, assassins and torturers.

7 billion human beings  CANNOT! –  SHOULD NOT! –  WILL NOT! be endangered by a handful of Bullies; MONSTERS all.