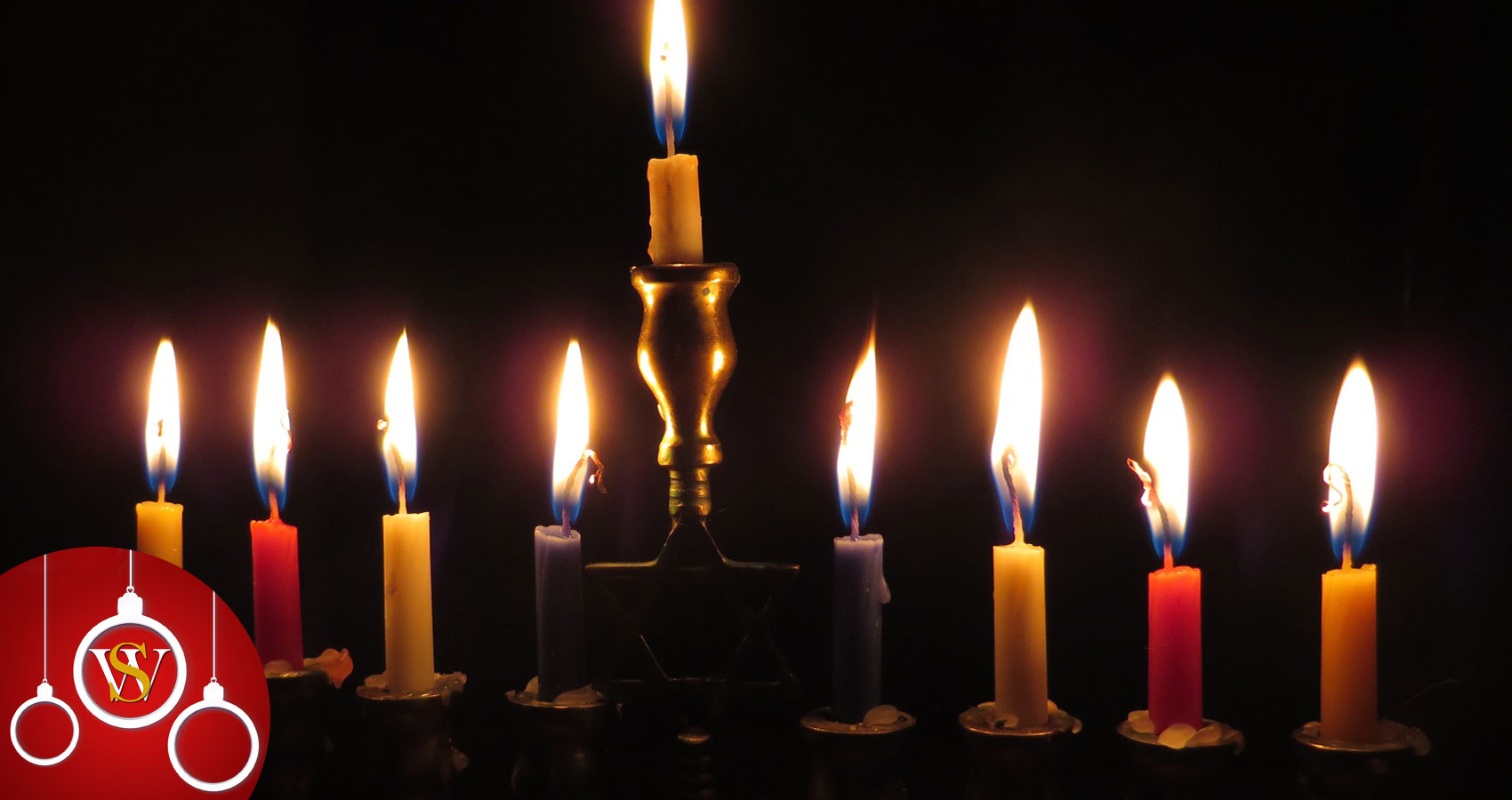 Home For The Holidays

Home For The Holidays

I grew up in a predominantly Jewish area of New York City where Chanukah menorahs outnumbered Christmas trees in the apartment building where I lived. Chanukah is a Jewish holiday commemorating the rededication of the Temple in Jerusalem at the time of the Maccabean Revolt against the Seleucid Empire. It is also known as the Festival of Lights and the Feast of Dedication. It is an eight day celebration of the miracle of one day’s supply of the Temple’s menorah oil lasting eight days. It has its own charm and traditions such as the spinning of the dreidel, giving of gelt (money) and eating special holiday food such as latkes (potato pancakes).

For a comedic view of Chanukah, check out Adam Sandler’s parody

However, it wasn’t until 1973 after I married my wife Cheryl that I came to appreciate and experience the family aspects of the holiday season. There was something magical about that Christmas Eve meal with all the children (and me) gathered in anticipation of opening their gifts. Year after year we gathered at Cheryl’s parents, Clem and Kay’s house, in Minnetonka with her brother Steve (and later, his wife Lisa and their three children Jenny, Tyler and Spencer), her sister Linda, our daughters Anna and Becky, and her grandfather George while he was living.

We missed the Christmas gathering in 1978 when we were living in New York on the campus of the non-profit organization where I was working. However, we invited others who were away from their families to our home for Christmas that year. It was not unlike Mary and Joseph who were also out of town pilgrims away from their family during that first Christmas, and in its own way it was a very special occasion for us that year.

In 1979 I started working for the Grumman Corporation. Grumman closed its facilities from Christmas to New Years, so I was off work for the next ten days. We had no particular plans for Christmas that year. This was so unlike me, because I plan ahead for EVERYTHING. I plan vacations a year or more in advance, but I had no plans for Christmas in 1979.

We came home from church on Sunday, December 23 and I asked Cheryl, “What are we going to do for Christmas?” Half jesting, she said, “Let’s drive to Minnesota. If we leave now, we can be at my parents’ house for dinner on Christmas Eve.” This insane idea really clicked with me, so 30 minutes later our car was packed with our two young daughters and their wrapped Christmas presents bound for the 24 hour trek to Minnesota. We had an unexpected meeting with a deer in Western Pennsylvania that took out the right high beam headlight of our Toyota Corona, but the only other casualties of our trip were our daughters’ Baby Feel So Real dolls that froze solid in the trunk.

Our journey was filled with anticipation and excitement about surprising Cheryl’s family and being with them at Christmas after a year’s absence. Cheryl’s mother called us shortly before we left for Minnesota, but we didn’t divulge our plans to her. Cheryl finally called her mother in Indiana and told her that we were on our way to their house. At first she didn’t believe Cheryl, but after it sunk in, she quickly bought more groceries and gifts for our daughters to open up on Christmas Eve. This was a special Christmas and our most memorable as a family.

The next year I was still working for Grumman, and we planned our trip to Minnesota. The trip was good, but it was not the same as the previous year. However, all memories of Christmas time with my in-laws are precious, none to be taken for granted. These 20 years of family gatherings came to an abrupt end when my mother-in-law passed away in 1993, and my father-in-law passed away two years later. We eventually established new family traditions, but we all remember that special unplanned Christmas gathering in 1979 when everybody was with us.

Here is a totally unrelated postscript to my 1979 Christmas story, but one that might encourage us whenever possible to move quickly to reconcile any broken family relationships – especially during this season when family gatherings are special.

My great grandmother lived to be 103. She immigrated to the United States from Poland shortly after World War I. She had a half-sister who was ten years younger who she had a falling out with while they both lived in Europe. They had nothing to do with each other for over 70 years. However, in the last year of my great grandmother’s life, she had to be moved to a nursing home; the same home where her half-sister lived. To make a long story short, they were reconciled there. Life is too short to hold grudges; let there be peace on the earth and good will toward man.