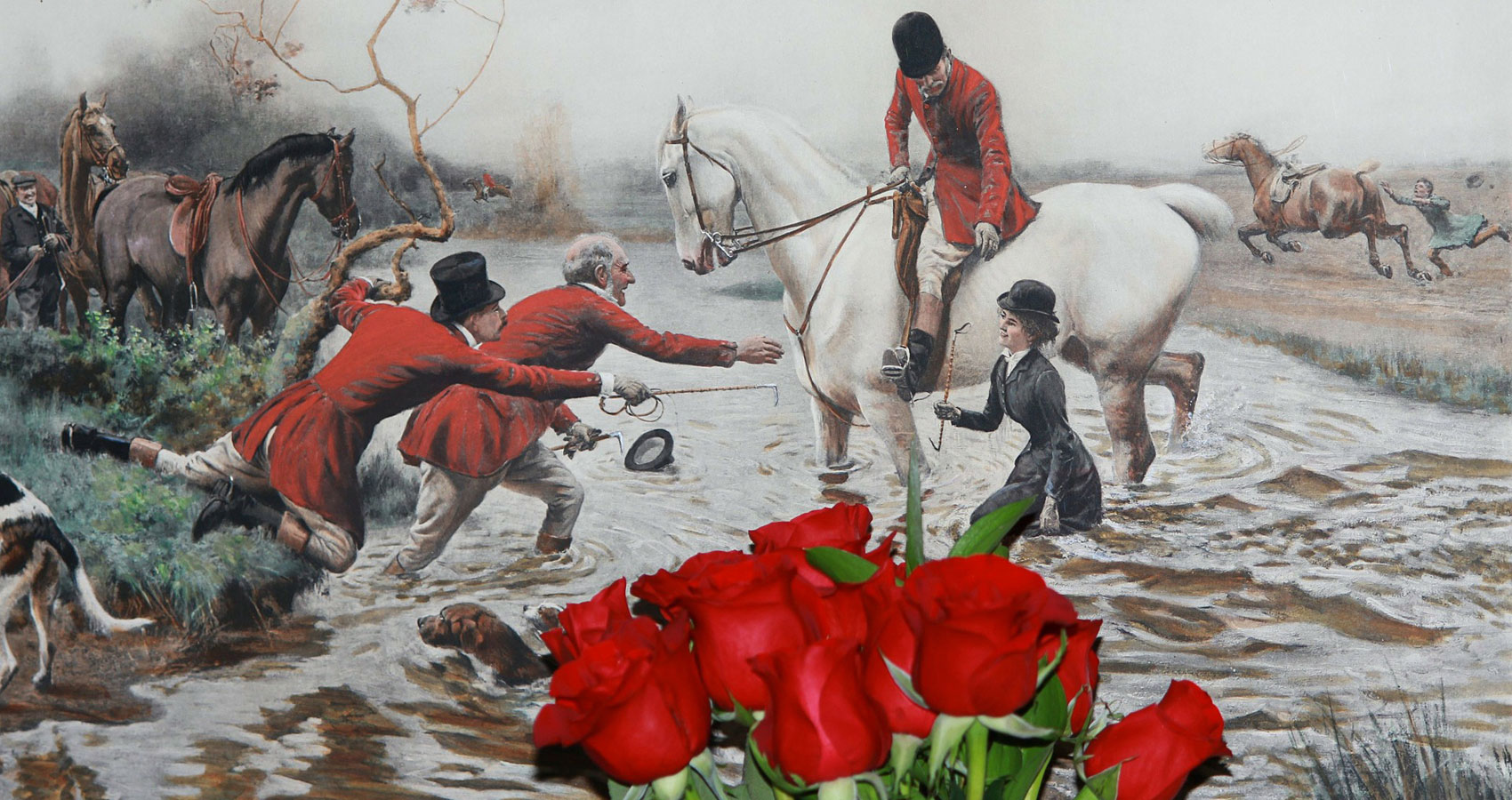 30 dogs, 20 men on 20 horses and one fox
and look here, they write,
you are a dupe for the state, the church,
you are in the ego-dream,
read your history, study the monetary system,
note that the racial war is 23,000 years old.

well, I remember 20 years ago, sitting with an old Jewish tailor,
his nose in the lamplight like a cannon sighted on the enemy; and
there was an Italian pharmacist who lived in an expensive apartment
in the best part of town; we plotted to overthrow
a tottering dynasty, the tailor sewing buttons on a vest,
the Italian poking his cigar in my eye, lighting me up,
a tottering dynasty myself, always drunk as possible,
well-read, starving, depressed, but actually
a good young piece of ass would have solved all my rancor,
but I didn’t know this; I listened to my Italian and my Jew
and I went out down dark alleys smoking borrowed cigarettes
and watching the backs of houses come down in flames,
but somewhere we missed: we were not men enough,
large or small enough,
or we only wanted to talk or we were bored, so the anarchy
fell through,
and the Jew died and the Italian grew angry because I stayed
with his
wife when he went down to the pharmacy; he did not care to have
his personal government overthrown, and she overthrew easy, and
I had some guilt: the children were asleep in the other bedroom
but later I won $200 in a crap game and took a bus to New Orleans
and I stood on the corner listening to the music coming from bars
and then I went inside to the bars,
and I sat there thinking about the dead Jew,
how all he did was sew on buttons and talk,
and how he gave way although he was stronger than any of us
he gave way because his bladder would not go on,
and maybe that saved Wall Street and Manhattan
and the Church and Central Park West and Rome and the
Left Bank, but the pharmacist’s wife, she was nice,
she was tired of bombs under the pillow and hissing the Pope,
and she had a very nice figure, very good legs,
but I guess she felt as I: that the weakness was not Government
but Man, one at a time, that men were never as strong as
their ideas
and that ideas were governments turned into men;
and so it began on a couch with a spilled martini
and it ended in the bedroom: desire, revolution,
nonsense ended, and the shades rattled in the wind,
rattled like sabers, cracked like cannon,
and 30 dogs, 20 men on 20 horses chased one fox
across the fields under the sun,
and I got out of bed and yawned and scratched my belly
and knew that soon       very soon       I would have to get
very drunk       again.