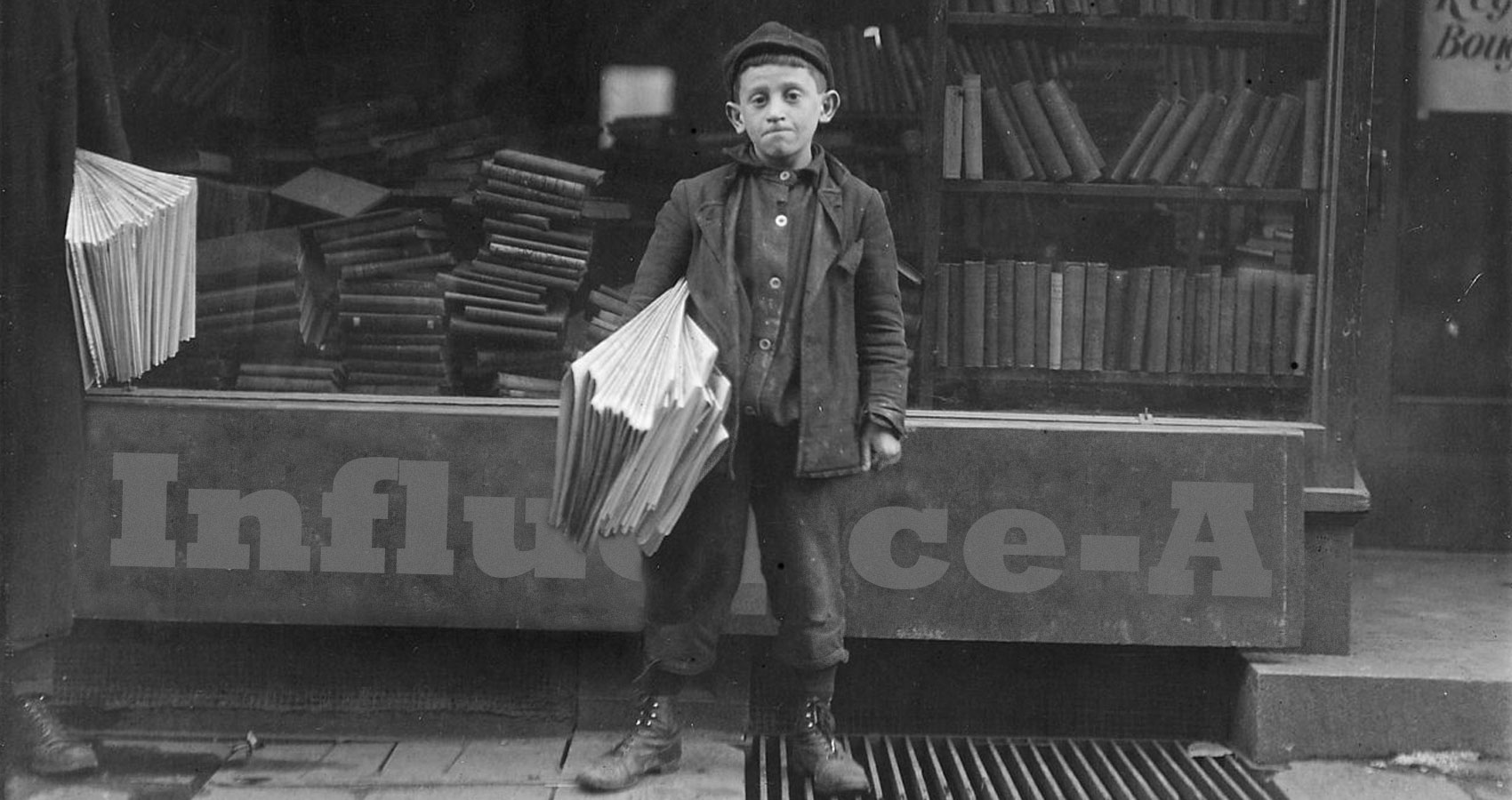 Chinese takeaways provide an endless source
of free newspapers. Mum encouraged me to read
at every turn, her logic being that I couldn’t know
my worldview without first viewing the world
and print takes just a bit more thought than colours
pumped into your eyeballs, filling in your grey.

I like to play a game with those I trust, wherein
we read the first five pages to each other, deadpan,
and listen for inflections that betray agendas
we would otherwise prefer not to display.

The front page is a toddler’s day trip in his sister’s
dress, how brave he is, how we should love him.
The second is a doctor whose potential cure
for Werdnig-Hoffmann’s could become reality
by twenty-twenty-two. The third is for an actress,
down on her luck, showing some cleavage.
A veteran’s descent into dementia spirals down
the no-man’s land of middle pages, lost in folds,
but some guy who found a hair in his bread roll
can get a paragraph under the bombings in Paris.

Findings thus far seem to indicate The Guardian
is bollocks and The Daily Mail is a borderline
carcinogen, but this is why we play the game,
to see things from a light beyond our own.

A past acquaintance claimed he had no bias;
he saw only a sequence of events, apparently,
this exercise was wasted on him. “Only fools
are shackled to mundane priorities,” he said.
It’s worth mentioning that he liked Ayn Rand
and my acquaintance was honestly an idiot.

This poem is taken from my debut collection, ‘Keep it in the Family’.